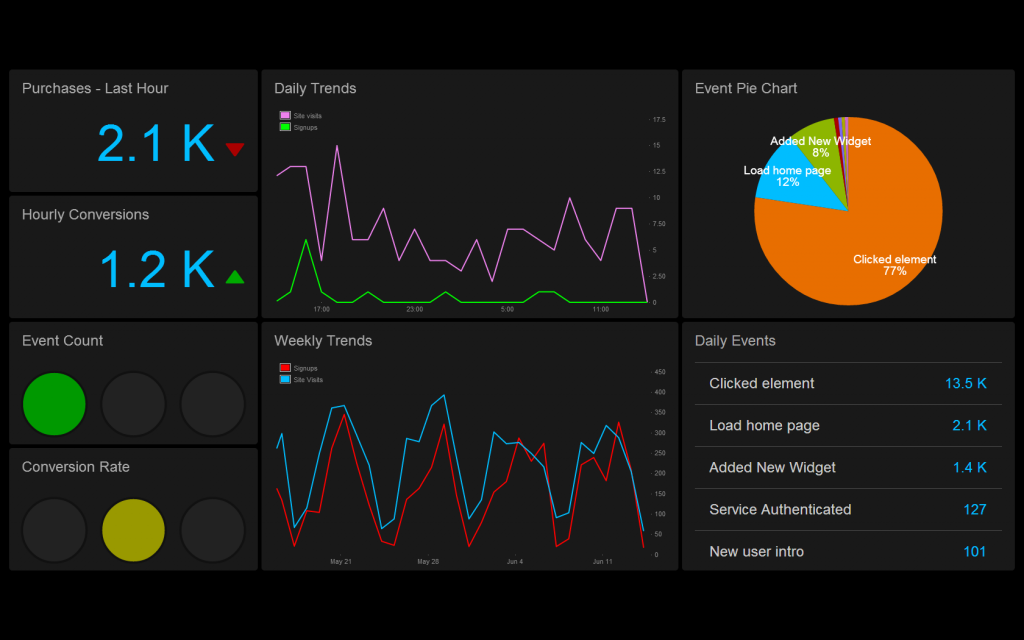 One of the most challenging issues for developers has nothing to do with the code. It’s instead how to do the business and get the distribution needed to make the app a success.

AppDirect offers an API that allows developers to launch an app to multiple marketplaces. Today, to bolster that service, the company has acquired Y Combinator-launched Leftronic, which provides real-time business data and analytics dashboards.

“What we saw as really critical was being able to see what’s going on across your different apps without having to log in. That’s where we came across Leftronic, its ability to bring together various data – you can get a 360-degree view of what’s going on across your business by simply looking at customized dashboards. We found that to be a very effective way to drive user engagement across our user base,” said Daniel Saks, CEO of AppDirect.

AppDirect will absorb Leftronic’s four-person team and treat it as an independent subsidiary.

AppDirect was founded 2009 by Saks and Nicolas Desmarais, previously of Bain Capital. It was founded on the idea of bringing together best-of-breed cloud applications and connecting them via trusted, local providers, providing a one-stop shop for businesses to find the apps they need, use single sign-on and single billing.

This is its third acquisition, following billing solution jBilling in 2012 and Standing Cloud, an application packaging and orchestration company in 2013.

As The New Stack Founder Alex Williams wrote in TechCrunch, the Standing Cloud technology packages apps for use with cloud services to ease the complexity of deploying and managing apps. AppDirect has the capability to use APIs to integrate third-party apps. With Standing Cloud, AppDirect will be able to offer a way to actually package apps and manage the orchestration into different marketplaces.

AppDirect also integrates with Cloud Foundry as a way to connect customers with services, such as New Relic, MongoDB and other apps that it recently integrated into its platform, according to Williams post on TechCrunch.

AppDirect also offers developers with a way to connect with channel reseller partners that are using the platform. In this way, a developer making legal software can point an API to the partner selling the technology. Identity, provisioning and billing are the key endpoints that serve as the foundation for the service.

AppDirect has raised $55.8 million in four rounds, the most recent a $35 million Series C round in April led by Mithril Capital Management.

Beyond managing application stores, it receives a revenue share for each app purchased in those stores and serves as a distribution channel for developers.

It competes with the likes of Google and other big name IT vendors as well as Jamcracker and RightScale.

Founded in 2010, Leftronic integrates with services such as Google Analytics, Salesforce, ZenDesk, AWS and others, offering clients a simple dashboard that provides at-a-glance, real-time updates. Its drag-and-drop setup means clients can be up and running in minutes, Ghanta said.

It already has adopted AppDirect’s identity- and billing-management solutions and has revamped its offering to be more robust and feature-rich, including a new user interface and support for multiple users to better support larger organizations, Ghanta said.

Because its users typically set up Leftronic on a big screen in their offices, it’s offering to provide that equipment for free to new customers and even set it up for those in San Francisco for the next 30 days.

Both companies have been focused on small and mid-size businesses, though AppDirect has landed some big-name clients, among them recently Red Hat and payroll processor ADP. It has partnered with Samsung on its Knox mobile device management solution as part of its drive to extend capabilities across all mobile devices.

Setting up the ADP Marketplace required integrating with a huge number of partners, according to Don Weinstein, ADP’s senior vice president of product management.

“AppDirect helped us launch the ADP Marketplace while also giving us a great set of tools to streamline the partner onboarding process and help our clients easily find, buy and manage their [human capital management] apps,” he said.

The company was grown from two people working out of a San Francisco apartment to more than 200 employees worldwide.

Forbes named AppDirect among its Most Promising Companies for 2014 and it recently was named to the San Francisco Business Times’ Fast 100 List.

Saks said it continues to build out a physical presence globally, with offices in the United States, Canada and Europe, but is turning its eye toward Asia and Latin America as well.

Susan Hall is the Sponsor Editor for The New Stack. Her job is to help sponsors attain the widest readership possible for their contributed content. She has written for The New Stack since its early days, as well as sites...
Read more from Susan Hall
Share this story
RELATED STORIES
Seeing the Big Picture with AIOps Axiom: All the Observability Data without Cost Worries DevOps Institute Checks the Pulse of SRE How Shifting Left Can Prepare You for Black Friday Kubernetes Troubleshooting Starts with DNA-like Data Swirling
Share this story
RELATED STORIES
Seeing the Big Picture with AIOps Forrester Analyst: How Observability Boosts Business Charity Majors: Taking an Outsider's Approach to a Startup Why Distributed Testing Is the Best Way to Test Microservices Trace-Based Testing: The Next Step in Observability
THE NEW STACK UPDATE A newsletter digest of the week’s most important stories & analyses.
We don't sell or share your email. By continuing, you agree to our Terms of Use and Privacy Policy.