AppDynamics: Why Today’s Developers Are in a Good Place 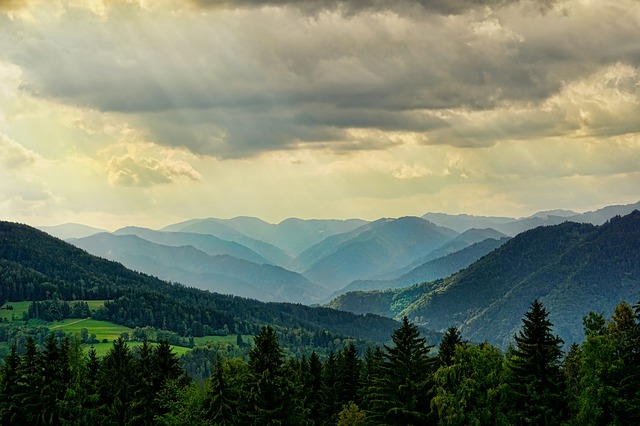 Today, we speak with Ravi Lachhman, a technical evangelist for application monitoring platform provider AppDynamics, as part of The New Stack Makers podcast series featuring developers and engineers who share their down-in-the-trenches stories during this renaissance era in computing.

Lachhman’s professional life began when he got his foot in the door over 10 years ago at IBM. There, he was paid to take part in its software engineer co-op program while completing his undergraduate studies at the Georgia Institute of Technology.

“I was able to do the testing the high-paid engineers wouldn’t mind doing but they were like ‘just let the intern do it,’” Lachhman said. “It was stellar…it was more than beer money.”

After stints as a solution architect mainly for Deloitte, Akamai and Red Hat; Ravi’s main goal today at AppDynamics is helping organizations use DevOps to expand into the hybrid cloud and container orchestration environments. He shared what he has learned along the way, including a candid look at some of his failures — and successes.

A key takeaway is the exciting opportunities the open source movement offers. Today’s up-and-coming developers are very fortunate as well to benefit from an abundance of high-level open source software tools and platforms, that just requires an internet connection to download and to jump in. If a leading services firm offered an orchestrated technology several years ago, for example, “it would be like, ‘you are going to pay to play,’” Lachhman said. “You want to learn about it? Oh, boy…you need to spend your two million dollars on software services. [But in today’s open source community], it’s like the minds of many is greater than the mind of one.”

As a developer, regardless of experience, “you are always going to be learning,” while working at both large and small organizations helps to facilitate the learning process.

“I went form working at somewhere big, so I understand, ‘hey, there are best practices out there,’” Lachhman said. “And then, I like going back to somewhere small and I say ‘I know what the latest-and-greatest best practices. Let me try to do it, a version of it, given all of the constraints that we have here.”

However, based on his experience, the luster of a startup often is not necessarily about glamour and riches, Lachhman says. This is a main message Lachhman has for the computer science community at his alma mater Georgia Tech where he says many of the “younger folks” are still drawn to startups. “You know, they see all these flashing things, like a billion-dollar exit for Snapchat and the dollar signs are flowing in and it is like I get it, that’s really exciting but hold on, a startup isn’t an experienced person’s game,” Lachhman says. “When I went to my first startup, it took everything out of me — like, all of it. Every bit of experience I had, every single hour of the day to make decisions because you’re making decisions and your decisions will have to stay.”

While not as necessarily as glamorous, large firms can have a lot to offer developers, Lachhman said. “Some of the youngers who want full discount working at a large enterprise because you’re going to see a lot of really I think, professional ways of thinking,” Lachhman says.

Learning how to work within an established DevOps environment can be of value, compared jumping into a startup as “the pilot of an airplane,” Lachhman says. “[You] might know java but ‘hey, what do you do with it?’”

6:05: Exploring Java culturally and in the context of programming languages themselves
10:24: The “fun factor” in programming
12:50: What’s the nuance between DevOps and software engineering in new stack development?
20:39: How does your day reflect that of a typical software engineer?
23:28: What R&D projects are you working on now?
33:41: Why business transparency and communication is happening in today’s developer communities.

BC Gain’s obsession with computers began when he hacked a Space Invaders console to play all day for 25 cents at the local video arcade in the early 1980s. He then started writing code for very elementary games on the...
Read more from B. Cameron Gain
SHARE THIS STORY
RELATED STORIES
Do ... or Do Not: Why Yoda Never Used Microservices eBPF or Not, Sidecars are the Future of the Service Mesh StreamNative Integrates Kafka into Apache Pulsar-Based Cloud Lessons from Deploying Microservices for a Large Retailer Embracing Testing in Production
SHARE THIS STORY
RELATED STORIES
Lessons from Deploying Microservices for a Large Retailer The Gateway API Is in the Firing Line of the Service Mesh Wars  Why Distributed Testing Is the Best Way to Test Microservices Limiting the Deployment Blast Radius Event Streaming and Event Sourcing: The Key Differences
THE NEW STACK UPDATE A newsletter digest of the week’s most important stories & analyses.
The New stack does not sell your information or share it with unaffiliated third parties. By continuing, you agree to our Terms of Use and Privacy Policy.