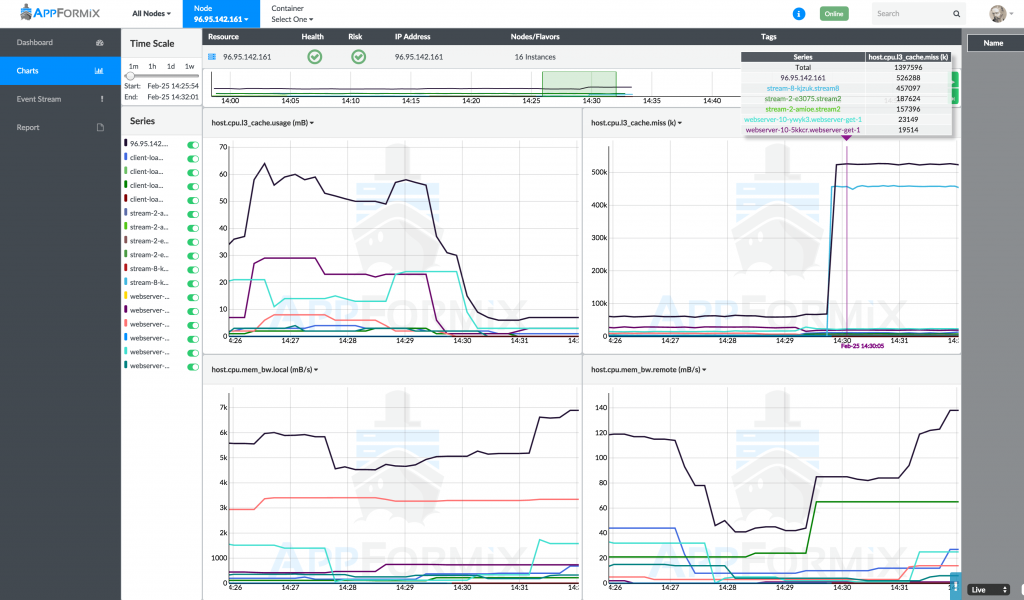 The deep complexities that come with container orchestration surface when defining how to solve noisy neighbor problems on scaled out, distributed platforms.

In terms of containers, the noisy-neighbor problem is one where the workload in one container, container pod, or virtual machine (VM), is hogging most of a machine’s resources, much to the detriment of other workloads running on the same server.

But how does the server administrator know which container or virtual machine is the noisy one?

At Intel’s Cloud Day event last week in San Francisco, we learned of a new approach to this problem from Sumeet Singh, the CEO of performance monitoring company AppFormix. The company has developed a way to use Intel’s new Resource Director Technology (RDT), initially available on Intel’s Xeon E5 v4 chips, to pinpoint noisy containers and virtual machines directly from the processor itself. Listen to the interview here:

RDT provides visibility into the cache and the memory bandwidth that is used by applications, virtual machines and containers.

The technology addresses the complexities of scaled out systems and the new plumbing requirements these distributed platforms bring. The plumbing is complex in itself, but the platforms have to be simple enough for developers to use. Without the simplicity comes the risk of failed adoption across the organization and a lost opportunity to develop a programmable infrastructure across many different distributed clusters.

Intel is offering with its new Xeon chips the ability to pack more containers onto the processor. It allows for a scaling that will inevitably happen on a public or a private cloud. In this modern environment, a user will be spinning up containers at some point on a shared infrastructure. This can cause noisy neighbor problems as there are thousands of containers on the same host. At some point, the user just won’t get the performance that is expected nor can it be determined how to resolve the issue.

Here’s more about how AppFormix is using Intel RDT: