Apple has discontinued its use of Intel chips in Macs in favor of its own silicon and is gradually making Intel-based Mac systems redundant by cutting off OS support.
Jun 8th, 2022 7:23am by Agam Shah 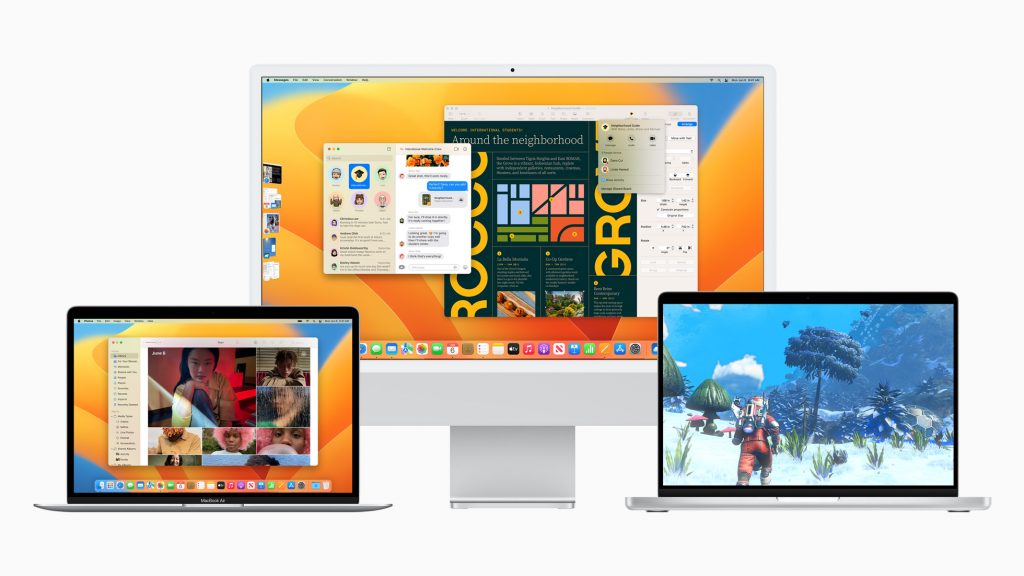 Featured image from Apple Inc.
TNS Annual Reader Survey
We need your input! Take 5 minutes to chime in and help guide our coverage.
Begin the survey

Apple has expelled Intel chips from Macs in favor of its own silicon and is gradually making Intel-based Mac systems redundant by cutting off OS support.

The new macOS, which is code-named Ventura, was announced at Apple’s WWDC on Monday, and the OS will run only on Intel-based Macs introduced after 2017.

Ventura replaces the MacOS code-named Monterey, which rolled out last October and ran on systems dating back to Mac Pro in 2013.

Apple introduced the first Mac with its homegrown silicon starting in 2020. Before that, all the Macs were introduced with Intel’s x86 chips. In 2020, Apple announced it would transition to internally designed PC chips based on ARM architecture.

Apple has used ARM CPUs since its first iPhones but used x86 chips in PCs as ARM couldn’t match up in performance to x86. Over time, the performance of ARM CPUs increased while keeping power consumption relatively low, and Apple is now using ARM in all of its major devices.

With the change in instruction set architecture, Apple is now transitioning MacOS, which is based on Unix, to work tightly with its homegrown ARM chips and Mac applications.

It’s not the first time Apple had to make changes in the OS to work with a new CPU architecture. Apple previously switched its Mac operating system to work with Intel’s x86 chips after dropping PowerPC chips from its Macs starting in 2006. The last macOS to support PowerPC chips was version 10.5, code-named Leopard, which was introduced in 2007. PowerPC support was dropped with MacOS 10.6, code-named Snow Leopard, which was introduced in 2009.

Apple also introduced a new homegrown chip called M2, which succeeds an earlier chip, M1, which was introduced in systems starting in late 2020. Apple’s top hardware executive, Johny Srouji, took a shot at Intel while talking about the company’s progress in chip development, during a taped WWDC presentation.

“Unlike others in the industry, who significantly increase power-to-gate performance, our approach is different. We continue to have a relentless focus on power-efficient performance. In other words, maximizing performance while minimizing power consumption,” said Srouji, who holds the title of senior vice president of hardware technologies at Apple.

The M2 is an impressive chip, and it is a straightforward design with tight integration of memory for balanced power and performance, said David Kanter, an analyst at Real World Technologies.

The M2 chip has over 20 billion transistors and is mostly an incremental upgrade over the M1, which has 16 billion transistors. It is made using an enhanced 5-nm process and has more internal bandwidth for data movement, storage and larger memory support.

The M2 has a memory bandwidth of 100GB/s (gigabytes per second), which is 50% more than the M1. The system can support up to 24GB of unified memory based on the DDR5 interface.

On the same power consumption level, the M2 chip delivers 18% more performance than the M1, according to the numbers shown by Apple.

Apple also compared its M2 chip to Intel’s Core i7-1255U laptop chip, which shipped earlier in the year, and concluded M2 delivers significantly more performance relative to power consumption. But those comparisons should be taken with a grain of salt.

The M2 chip also has a new GPU that delivers up to 35% more performance than the M1, Srouji said.  The GPU has a neural engine for deterministic applications like AI that delivers a performance of 15 TOPS, or trillion operations per second, which is a 40% improvement compared to M1. The GPU also has acceleration engines to play multiple 4K and 8K videos simultaneously.

Apple also announced Metal 3 graphics development software framework, which exploits the GPU to accelerate graphics applications. Metal 3 has a tool called MetalFX Upscaling, which uses the GPU to upscale the graphics in real-time to higher resolutions for better gameplay.

Apple also introduced the MacBook Pro with the M2 chip, a 13-inch screen, and up to 20 hours of battery. The device starts at $1,299 depending on the configuration.

Agam Shah has covered enterprise IT for more than a decade. Outside of machine learning, hardware and chips, he's also interested in martial arts and Russia.
Read more from Agam Shah
SHARE THIS STORY
RELATED STORIES
KubeCon: 14,000 More Engineers Have Their GitOps Basics Down How DoorDash Governs Its Infrastructure with Open Policy Agent Spotify's Backstage: A Strategic Guide Record, Connect and Search DevOps Changes with Kosli Low-Code Tools Improve Devs' Work-Life Balance, Survey Finds
TNS owner Insight Partners is an investor in: Real.
SHARE THIS STORY
RELATED STORIES
CALMS Is DevOps for Cloud Engineering Latest Enhancements to HashiCorp Terraform and Terraform Cloud Platform Engineering: What Is It and Who Does It? Collaborating with Internal Dev Experience and Tool Teams Spotify's Backstage: A Strategic Guide
THE NEW STACK UPDATE A newsletter digest of the week’s most important stories & analyses.
The New stack does not sell your information or share it with unaffiliated third parties. By continuing, you agree to our Terms of Use and Privacy Policy.