Application Deployment Is Faster with GitOps 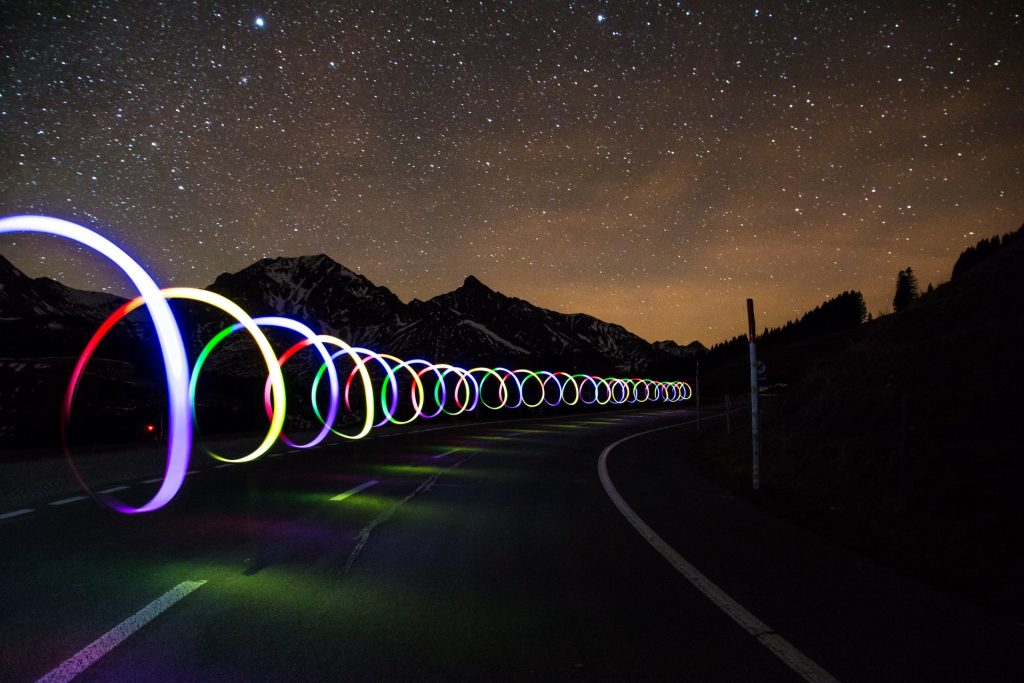 Businesses must innovate faster to maintain their competitive advantage today. But to do so, they need to build their application delivery pipelines on modern approaches to software delivery. Most businesses have multiple DevOps teams working on multiple application delivery pipelines. Getting everyone to agree on a technology stack is challenging, especially when multiple teams are working on multiple code bases. To make matters worse, the deployment of applications across the entire software delivery pipeline to production is often still handled manually. This requires that each team and each team member have deep knowledge of the entire stack, which makes it difficult for organizations to scale their application development to meet the demands of business.

In this post, we look at key findings from the 2021 State of DevOps report, and best practices from Weave GitOps, as a way to implement these learnings in your organization.

Innovation Is Only Possible Through Greater Development Velocity

According to the 2021 State of DevOps report released by DORA (DevOps Research and Assessment), high-performing DevOps teams are marked by more frequent deployments, shorter lead time for changes, a quicker MTTR (mean time to recovery) and a very low change failure rate. 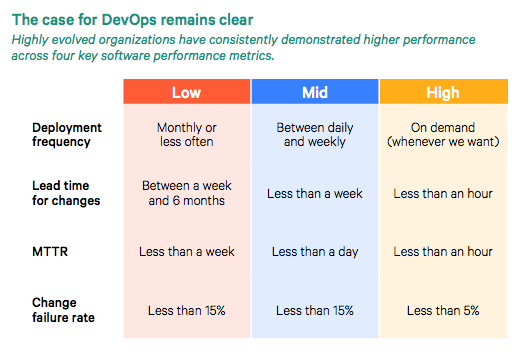 The demand for faster application deployment cycles has led to the rise in popularity of GitOps. GitOps involves the use of Git across the entire operational phase of application development. GitOps allows you to build applications in a more agile manner, as it uses Git as the single source of truth. All configuration and state changes are made in Git and applied to production immediately via a simple pull request. This means you can deploy changes to your application in seconds. This is an improvement over the previous approach of managing operations in silos and doing this manually.

Weave GitOps is a collection of open source tooling, most notably Flux, the Cloud Native Computing Foundation (CNCF) incubation project that excels at automating deployments the GitOps way. Flux acts as an agent that continuously checks for updates in Git and applies those updates to production immediately.

Deploying applications and services more frequently is the key to improving their quality and stability. The problem with software delivery is that we treat each release as a big event, which means we deploy infrequently. However, the best way to improve your applications is to make frequent, incremental changes.

Continuous integration and continuous delivery (CI/CD) has always encouraged making smaller changes more frequently. GitOps makes this a reality by greatly simplifying deployments. It does this by making deployments as easy as editing a Git repository and initiating a pull request.

Though simple, there are busy software agents working constantly in the background to make this possible. This is the job of Weave GitOps, with the help of Flux: to simplify the process of getting changes from Git to production with the least amount of friction.

A software delivery pipeline can be thought of as a process for developing and releasing a software product. If the process is not automated, it can be time-consuming and frustrating to manage. In fact, a lack of automation can lead to human errors, which can cause a lot of wasted time and money.

So how does a software delivery pipeline work? In a nutshell, the process starts with a developer creating a new feature or bug fix. The software is then tested and deployed to a staging environment for testing and feedback. If the changes pass testing, they are promoted to production. This entire process can be automated to improve the quality of releases and make it easier for teams to release code.

Weave GitOps allows you to create a pipeline that predictably releases changes to your software. You can configure the pipeline to work with your favorite Git or CI service — like GitHub, Jenkins, or GitLab — and deploy the changes to production.

There are always issues when deploying code to production. Imagine there is a problem with a third-party provider, and your entire system goes down. This has happened to most of us. But what if you could roll back just the previous commit or change or deployment? What if, instead of taking down your system, you could go back to a previous version, to an earlier point in time before the bug? This is possible with GitOps, and it involves reverting to a previous saved version of a Git repository.

Weave GitOps Enterprise is built around the idea of using Git’s version control capabilities for storing the state of the distributed system. Weave GitOps automatically saves the state of every repository as a snapshot, before a change is applied. This means that rolling back to a previous state involves a single command.

Traditional software delivery processes typically require a number of approvals, leading to a lot of time and effort. This typically involves a lot of back and forth between development and operations teams. This often results in delays in the delivery of the software to production, along with the risk of miscommunication and conflicts between the various parties involved. The outcome: a lot of time and effort spent on unnecessary and repetitive tasks. GitOps is a great way to avoid these issues, as it aligns the priorities of Dev and Ops teams. Developers need not touch a production cluster to deploy code. The Platform team makes available ready-made application stacks that make deployments predictable and repeatable.

The 2021 State of DevOps report recognizes that the internal platform model is characteristic of high-performing DevOps teams. 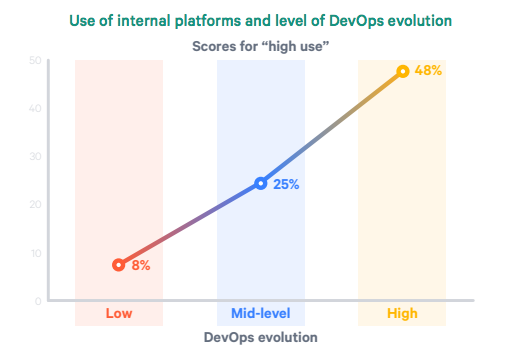 By applying the ideas behind GitOps, you can see significant improvements in your ability to simplify operations. With GitOps, you can develop, test and deploy software changes without having to go through approvals, back and forths or any other manual bottlenecks.

Progressive delivery is an advanced deployment pattern that includes methods like canary releasing and blue-green deployments. It allows for live user testing, as opposed to the traditional method of running numerous checks on an application before releasing it. The idea of progressive delivery is simple: roll out new changes in stages instead of all at once. This way, if something goes wrong, it will not affect your entire user base.

Progressive delivery allows testing in real-world conditions, rather than in simulated environments. It allows for early detection of errors in the application, before it reaches all end users. This is the main benefit of progressive delivery because it allows for the application to be tested before it’s released, catching bugs early in the process. This ensures that you’re delivering the highest-quality service possible.

Weave GitOps can leverage the open source tool Flagger, along with a service mesh tool like Istio or Linkerd, to implement progressive delivery. The configuration for the entire deployment process is stored in Git. This makes it easy to enforce policies for the deployment and to edit these policies along the way.

Organizations that are not content to just adopt DevOps, but to then attain maturity in DevOps, need to look to GitOps practices. These enable greater development velocity, automated and predictable releases, and advanced progressive delivery methods. Weave GitOps brings together cutting-edge open source tools like Flux, Flagger and Istio into a single, easy-to-operate solution. It can take an organization from doubting the value of DevOps to deploying on-demand with GitOps.

To learn more about GitOps solutions in the market, please join us and our friends from AWS, Microsoft, VMware and D2iQ at our next virtual GitOps event on Oct. 20. At this half-day event, we will explore how Flux, a CNCF incubating product, powers enterprise GitOps solutions on EKS, Arc, Tanzu and bare metal.

Puppet, VMware and AWS are sponsors of The New Stack.