Apstra has been in the business of delivering intent-based networking since 2014, emerging from stealth in 2016. Apstra CEO and co-founder Mansour Karam sees the company as providing an important step between managing on-prem data centers and making the move to cloud-native, multicloud, and the rest of it.
Jan 30th, 2020 9:38am by Mike Melanson 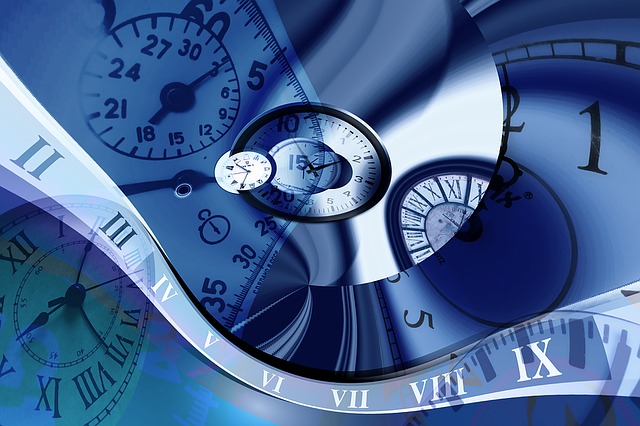 For some companies, things like cloud native deployments on Kubernetes with microservices is a given. For others, those technologies comprise a still distant future, and contemporary complexities include the stuff of network switches, proprietary, vendor-specific configurations, and on-prem networks that require manual operations to manage. For companies in the latter category, Apstra delivers intent-based networking (IBN), which means to replace the manual processes of configuring networks and reacting to network issues with a system that responds to a system administrator’s outcome-focused requests.

Apstra has been in the business of delivering intent-based networking since 2014, emerging from stealth in 2016. Apstra CEO and co-founder Mansour Karam sees the company as providing an important step between managing on-prem data centers and making the move to cloud native, multicloud, and the rest of it.

It’s not that Apstra hasn’t built features for cloud native deployments — it has an agent for running on servers for container environments — but rather that there are still many enterprise customers that find themselves in need of a tool that provides a level of network automation to bring their legacy environments up to speed, Karam said.

“Our technology absolutely supports multicloud and we’ve shown demos for it, but our customers are just not ready. If you have a data center that you still run manually, it’s really hard to take advantage of multicloud technologies. What you need first is to modernize your data center,” said Karam. “I’ll be honest with you: 90% of our enterprise customers, they’re running VMware across most of their infrastructures. At the end of the day, it’s just which orchestration system, which workloads, we want to integrate with. It’s a simple matter of building those integrations and we do them based on our customer needs.”

At the core of Apstra is the Apstra Operating System (AOS) and this week the company is launching Apstra AOS 3.2, which it says “dramatically reduces the cost of operations, prevents outages, accelerates deployments and augments existing talent for some of the largest enterprise data centers in the world.”

More specifically, AOS 3.2 introduces the Intent Time Voyager, which is similar to a time machine backup tool you might be familiar with from other contexts. Previously, Apstra users could revert changes to a single previous configuration, but now they are able to “recover their entire data center fabric state and configuration to a specific point in time” whether backward or forward, improving the meantime to recovery (MTTR) when the network goes down.

Karam explained that the Intent Time Voyager’s power comes with the fact that it can bring you to any point in time across the entire network history and that everything restarts to that point.

“What’s really powerful about it is that it’s at the intent layer,” explained Karam. “You’re redeploying the services that you had at the time, meaning that you’re updating the entire state of the network. It’s extremely powerful and it’s completely vendor-agnostic. You’re not thinking about any configurations, you’re not rolling back configurations. What you’re doing is rolling back intent across the network and then whatever happens to be in terms of the vendors that are out there in your network, essentially these vendors configurations get upgraded completely seamlessly by AOS.” 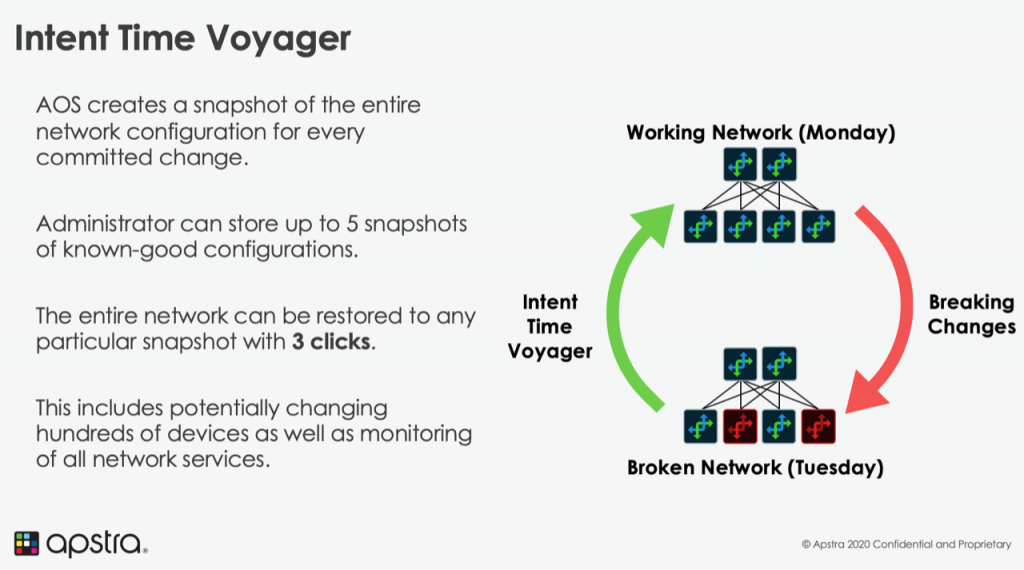 In addition to the Intent Time Voyager, AOS 3.2 also introduces enterprise support for the open source SONiC network operating system, which is based on Linux and is meant to run on switches from various vendors. Much like Apstra’s initial intention of providing a singular, automated entry point to manage a variety of different network components, SONiC provides “a full-suite of network functionality, like BGP and RDMA” that functions regardless of proprietary hardware.

Mike is a freelance writer, editor, and all-around techie wordsmith. Mike has written for publications such as ReadWriteWeb, Venturebeat, and ProgrammableWeb. His first computer was a "portable" suitcase Compaq and he remembers 1200 baud quite clearly.
Read more from Mike Melanson
SHARE THIS STORY
RELATED STORIES
AWS Brings Trusted Extension Support to Managed Postgres Google Makes Postgres-Compatible AlloyDB Generally Available Qlik Plans to Acquire Talend. Is it a Data Management Double-Dip? AWS Re:Invent Left Attendees with More Questions PLG Will Eliminate the Subscription-Based Software Model
SHARE THIS STORY
RELATED STORIES
How Jit Builds a Platform Engineering Mindset in the Cloud Is Low-Code Development Better for the Environment? Data 2023 Outlook: Rethink the Modern Data Stack Serverless vs. Kubernetes: The People's Vote Google Makes Postgres-Compatible AlloyDB Generally Available
THE NEW STACK UPDATE A newsletter digest of the week’s most important stories & analyses.
The New stack does not sell your information or share it with unaffiliated third parties. By continuing, you agree to our Terms of Use and Privacy Policy.