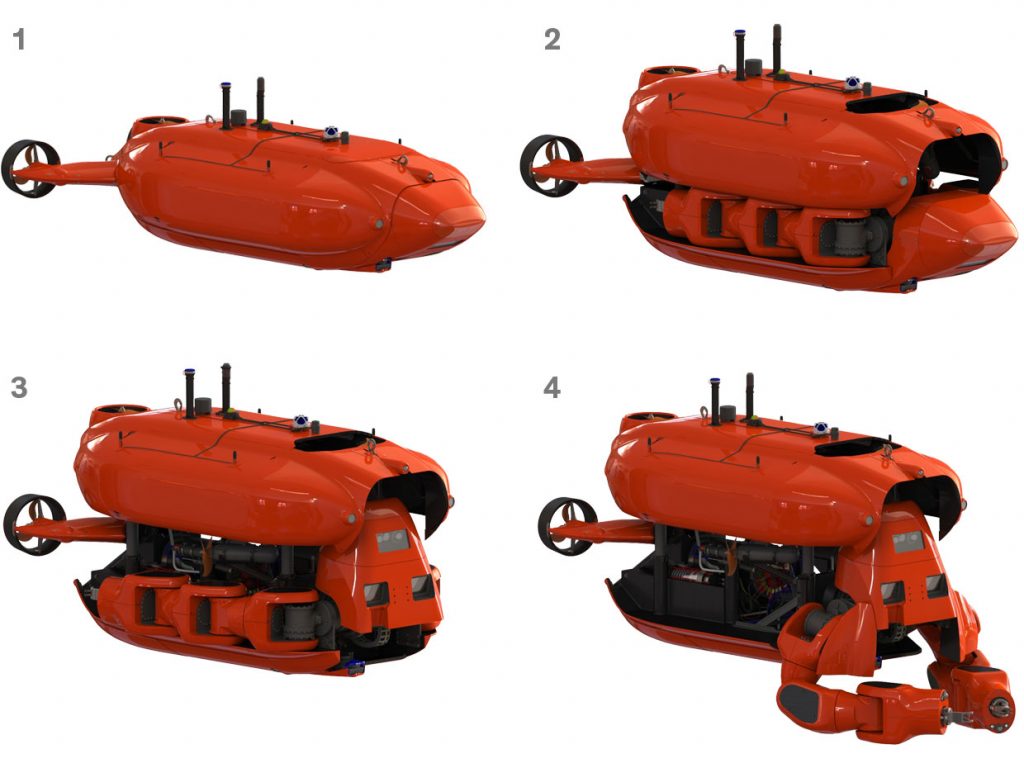 As much as robots are slowly but surely being integrated into our offices and factories, they are also being used in more extreme environments like the ocean, where they can be found tracking marine wildlife and water pollution, hunting invasive species and even mapping threats to coral reefs. This all makes sense, of course, as aquatic environments — particularly those in the deep sea — are particularly difficult for humans to access, often requiring a lot of expertise and specialized equipment to navigate through.

One potential solution is the Aquanaut, a shapeshifting subsea robot created by Texas-based startup Houston Mechatronics Inc. (HMI). Built by a team that includes a number of former NASA engineers, the robot is somewhat of a cross between untethered autonomous underwater vehicles (AUVs) that are typically used for gathering data and bulkier, remotely operated vehicles (ROVs), which as their name suggests, requires human operators to control it from afar in real time. The Aquanaut’s design allows it to transform from something that’s akin to a sleek and compact submarine, into a vaguely humanoid form that’s equipped with two long arms, which permits it to perform various tasks underwater. Watch it go:

Open Introducing Aquanaut – No vessel. No Tether. No Limits on YouTube.

Aquanaut has been designed to solve an ongoing issue in the offshore oil and gas industry — namely the cost of servicing offshore platforms. While these platforms can be maintained with relative ease by humans above the water, under the water it’s another story, as these rigs often have a jumble of infrastructure below that can extend for many feet below the water. Conventionally, below a depth of 300 meters such tasks are done with ROVs that are powered by and tethered to a support vehicle housing a team of trained human operators. While this approach has been relatively reliable for decades, such operations are nevertheless extremely expensive, often ranging anywhere from tens of thousands to hundreds of thousands of dollars per day.

So it’s little wonder that oil and gas companies are looking for more cost-effective solutions to maintaining their deepwater infrastructure. With no other similar device like it currently on the market, that’s where the Aquanaut could make a huge difference, as it’s capable of not only performing the same tasks as a ROV, it can do it without the hassle of being attached to a support vehicle and only with minimal supervision from a human operator. 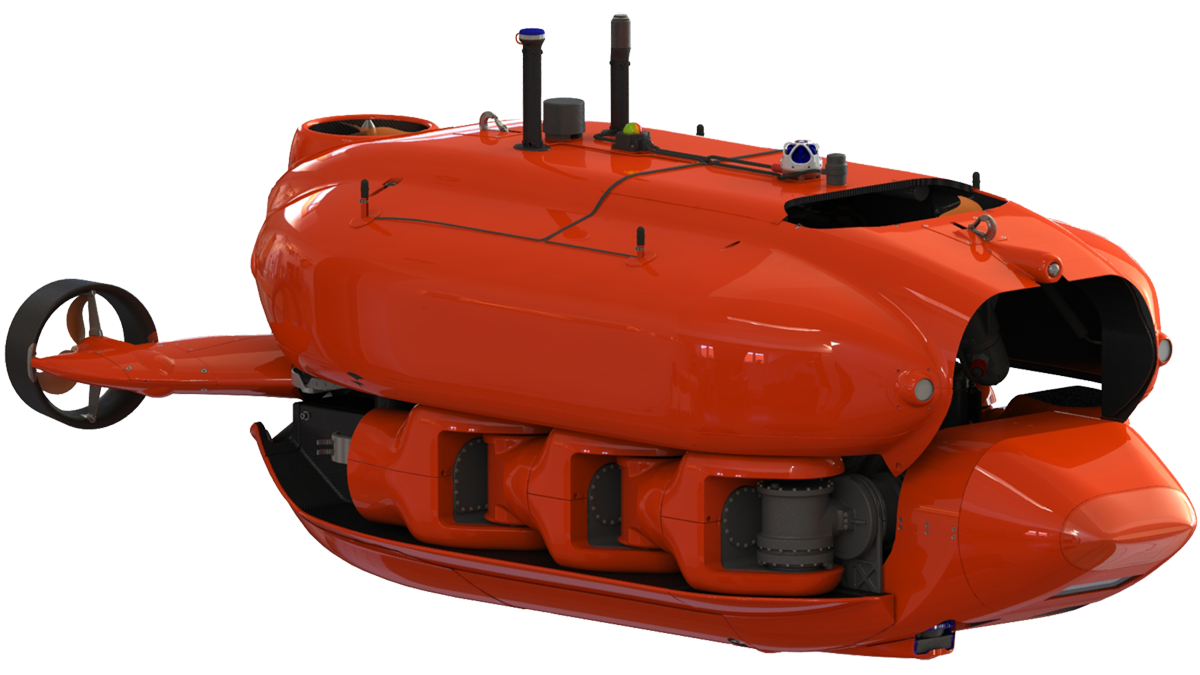 The Aquanaut is able to accomplish its metamorphosis thanks to four linear actuators that gives it an unique transforming ability, enabling its hull to separate smoothly, revealing two control thrusters and arms with force-sensing grippers, which are then used to execute more precise manipulations, such as turning valves or using one of its built-in maintenance tools. Once it’s transformed, the Aquanaut’s head rotates to reveal stereo cameras, various sensors and a sonar system that allows it to map and construct 3D renderings of its environment, as a typical AUV might do. To top it off, the Aquanaut has a cruising range of 200 kilometers (108 nautical miles), all electrically powered by a lithium-ion battery.

There’s also the ease of use: instead of using a joystick to control it as one would with an ROV, a human supervisor can send commands to the Aquanaut using a regular set-up with a computer and mouse. As IEEE Spectrum reports, the Aquanaut also runs on the Robot Operating System (ROS), a widely used suite of robot development software.

Of course, the advantage of having an untethered vehicle also translates to the disadvantage of not having a direct, wired connection to home base. Instead of having live camera feeds as a ROV might, the Aquanaut has to get by with an acoustic modem, which means lower bandwidth and high latencies when transferring data.

To get around this problem, the Aquanaut sends only compressed sections of its 3D map to human supervisors. To ensure that the robot’s autonomous operations run smoothly, HMI plans to deploy a fleet of autonomous vessels on the ocean’s surface that will act as mechanized middlemen, relaying data between Aquanauts and communication satellites orbiting overhead. Having recently completed a successful test run in an enormous closed water tank provided by NASA, the company will soon be testing its latest version of the Aquanaut later this month in open waters.

Feature image: How the Aquanaut transforms: 1) The robot in stealthy ‘submarine’ mode. 2) The top hull separates, revealing arms and its head. 3) The head rotates up to expose stereo cameras, sensors and sonar system. 4) The robot’s arms come out, and are outfitted with force-sensing grippers. All images courtesy of Houston Mechatronics Inc.