Are Employees More Productive When They Get More Sleep? 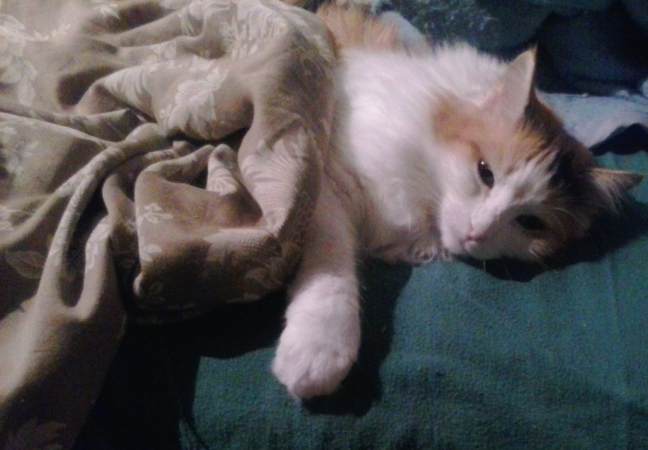 It’s part of a larger movement to improve workers’ productivity, and their health, by adjusting the schedules they keep.

Times science journalist Emily Laber-Warren begins by citing a 2015 experiment at a German steel factory that attempted to “reduce the mismatch between circadian and working time.” Adjusting for different “chronotypes” — basically, the biological rhythm that distinguishes night owls from morning people — the researchers switched workers to more appropriate schedules. The end result? Workers getting more sleep — along with other positive results that included “increased wellbeing ratings” and “increased satisfaction with leisure time.”

“It’s a huge financial burden not to sleep properly,” says Dr. Til Roenneberg, the Munich-based chronobiologist who led the study. How much of a burden? Roenneberg told the Times that in both America and Germany, “The estimates go toward 1 percent of gross national product.” At a circadian and sleep epidemiology lab at the University of Colorado, assistant professor Céline Vetter estimates that 80 percent of us have work schedules that don’t match up with what our internal clocks are telling us.

Or, as the Times puts it, “If you rely on an alarm clock to wake up, you’re out of sync with your own biology.”

Some employers are trying to address that. The Times cites statistics from the Society for Human Resource Management (representing 300,000 HR professionals around the world) which show that 57 percent of companies now offer flexible hours — 5 percent more than in 2014. One of the group’s executives tells the Times that “Managers who give it a try often find that employees’ morale, engagement and productivity all go up, because they are working at a time that works best for them, and able to get the most work done.” Some companies require that all meetings be scheduled only during “core hours” — for example, only between 10 a.m. and 3 p.m. And Southwest Airlines now allows their pilots to choose whether they fly more or evening flights.

Poor sleep doesn’t just lead to mistakes at work. The Times reports that it’s also been linked to depression, anxiety, obesity, even heart disease. And one sobering list of “disastrous accidents related to sleep deprivation” cites the long work hours which preceded the Exxon Valdez oil spill and the Chernobyl nuclear meltdown. America’s National Highway Traffic Safety Administration has estimated that drowsy drivers cause about one-sixth of all fatal car crashes. And there’s now also widespread concerns that a lack of sleep may be affecting the performance of high school students.

Research suggests teenagers have trouble falling asleep before 11, and their plight is being recognized by teachers, doctors, and a few politicians, according to a September article in the New York Times. Yet one advocacy group noted that 80 percent of schools start before 8:30 a.m. — though at this point even America’s Centers for Disease Control recommends delaying start times until at least 8:30 a.m. Since 2014 the American Academy of Pediatrics has also recognized adolescents’ lack of sleep as “an important public health issue that significantly affects the health and safety, as well as the academic success, of our nation’s middle and high school students.” They wrote that it could help mental health, physical health, academic achievement, and also safety (for example, auto accidents caused by drowsy drivers).

This fall California state Senator Anthony J. Portantino even authored a bill to require all the state’s schools to delay their start time until at least 8:30 in the morning. Otherwise, “It’s the biological equivalent of waking you or me up at 3:30 a.m.,” he told the Times. “Imagine how you would feel if, 187 days a year, you had to get up at 3:30 a.m. You’d be miserable, you’d be depressed — you’d act like a teenager.” California’s House and Senate both passed the legislation, only to find it vetoed by Governor Jerry Brown, who insisted “This is a one-size-fits-all approach that is opposed by teachers and school boards.” He wasn’t opposed to the measure per se — only the mandating of it as a statewide standard. “Several schools have already moved to later start times. Others prefer beginning the school day earlier. These are the types of decisions best handled in the local community.”

Some schools have even reported that after starting later, their students’ test scores improved, the Times reports, noting that hundreds of schools have since moved to later start times.

This movement led to one of the most underappreciated tech stories of 2018. Two MIT grad students built a complicated machine learning algorithm to schedule the start times of Boston’s schools — and to route and schedule their hundreds of school buses. “Approximately 50 superfluous routes could be eliminated using the new method, saving the school district between $3 million and $5 million annually,” MIT boasted in a press release. After working 14-hour days to meet the school district’s deadline, they’d devised an algorithm that could sort through an incredible number of options — 1 novemtrigintillion, to be exact (a 1 followed by 120 zeroes). It would allow most of the high school students to start later in the day, the Boston Globe remembered.

“It’s time for humanity to move on and find different systems that will allow us to work less and enjoy more of what life has to offer. “

But unfortunately, this also meant earlier start times for the elementary and middle schools, and almost 85 percent of the district ended up with new start times. Hundreds of families found school days which had started at 9:30 a.m. were now starting at 7:15, “And for many, that was intolerable. They’d have to make major changes to work schedules or even quit their jobs… ”

There were angry online petitions, packed school committee meetings, and eventually the resignation of the school superintendent — plus a school system which reversed itself and dropped the plan altogether. “In the end, the school start time quandary was more political than technical…” reports the Globe, adding that “This was a fundamentally human conflict, and all the computing power in the world couldn’t solve it.”

Joi Ito, the director of the MIT Media Lab (and a professor of the practice of media arts and sciences), feels the public wasn’t fully informed about the benefits of the new schedules. “Eventually, the mayor and the city caved to the pressure,” he wrote in Wired magazine, “and killed off years of work and what could have been the first real positive change in busing in Boston in decades.”

But the issue of sleep deprivation won’t go away. The Times’ article about work schedules attracted 476 upvotes when it turned up on Hacker News — and 270 comments. One developer insisted that for programming, their preference was to work late into the evening — no matter what morning-obsessed managers may think.

“After loading a problem into one’s head, and getting ‘in the zone’, one is supposed to interrupt what they’re doing to go to bed at a ‘reasonable hour’ to live up to someone else’s expectations of what a productive person should look like? Give me a break.” Another comment  criticized “paternalistic ‘one size fits all’ social mores whereby people on later schedules are assumed to just not be taking responsibility for themselves.”

And another commenter took an even broader view. “The 8-hour working schedule was introduced more than 150 years ago and started getting implemented 100 years ago.

“It’s time for humanity to move on and find different systems that will allow us to work less and enjoy more of what life has to offer. ”

SHARE THIS STORY
RELATED STORIES
Golden Paths Start with a Shift Left How Jit Builds a Platform Engineering Mindset in the Cloud A Brief DevOps History: The Road to CI/CD Watch Out, Attackers Have Their Heads in Your Cloud! Tech Works: How Can We Break Our Obsession with Meetings?
SHARE THIS STORY
RELATED STORIES
Entrepreneurship for Engineers: Avoiding Feature Bloat Platform Engineering Won’t Kill the DevOps Star Snack Stack: Turning Winter Comfort Food up to 11 Wellspring of Creativity: Why Public Domain Matters 2023 Will Be the Year FinOps Shifts Left Toward Engineering
THE NEW STACK UPDATE A newsletter digest of the week’s most important stories & analyses.
The New stack does not sell your information or share it with unaffiliated third parties. By continuing, you agree to our Terms of Use and Privacy Policy.