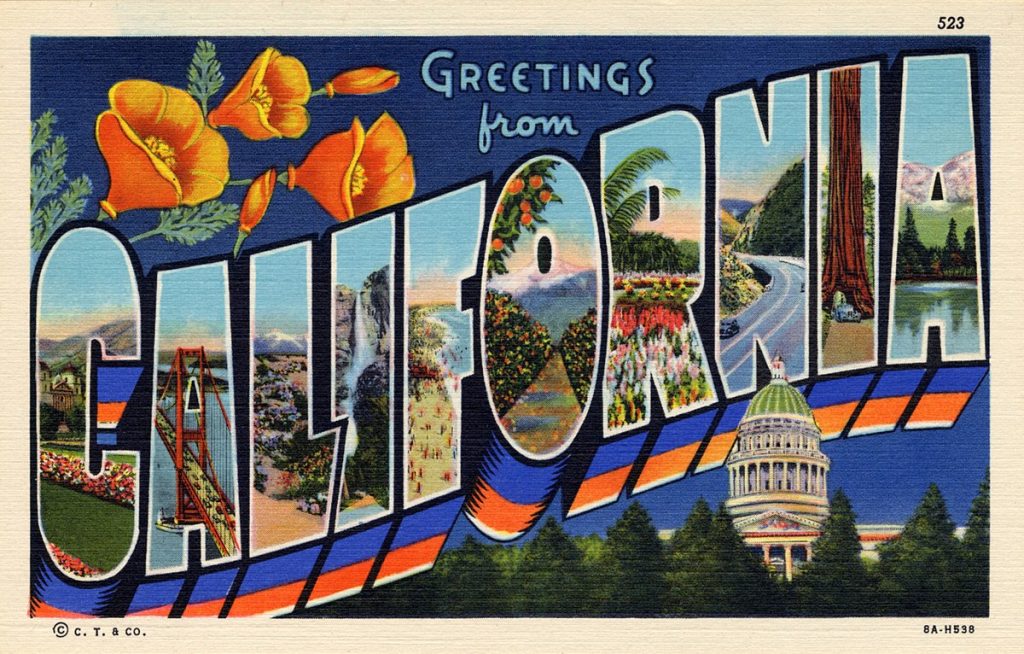 CNBC recently reported that California has the world’s fifth-largest economy (based on figures from the U.S. Department of Commerce). And they add that in 2019 the state saw $65.6 billion in venture capital (VC investment money), “by far the highest of any state.”

But another CNBC article cites predictions that Silicon Valley’s share of VC investments will drop below 20% for the first time this year — the continuation of a slow decline that’s been happening since 2014. And there’s also recently been news stories about an “exodus” of tech workers from Silicon Valley — proving the old truth that what’s happening depends on which data set you’re looking at.

Are we ultimately seeing hints of trends or just glimpses of individual lives? Will tech workers “fleeing” Silicon Valley simply return when the pandemic is over, drawn by declining rents and the ecosystem of entrepreneurs that had attracted them in the first place? Or will our year of working remotely become a harbinger of things to come, bringing real and lasting changes to the distribution of the tech workforce?

Could we be witnessing a society-wide transformation that’s made possible by the cloud?

In January the New York Times painted a glum picture of life for San Francisco’s tech workers who’d faced choices between long commutes or working in “bad” neighborhoods. “Rent was astronomical. Taxes were high. Your neighbors didn’t like you.” Now in a world changed by the pandemic, some have “fled” to states like Florida or Texas where there’s no income tax, or to affordable towns in Georgia, or even tropical beach towns in Costa Rica and Baja. “They have suddenly movable jobs and money in the bank — money that will go plenty further somewhere else.”

Few years ago I moved from SF to Florida. People shocked. “But how will you do business from South Florida?” Three years later, my business life doing pretty well 😏 and headlines every time another Silicon Valley exec leaves for Miami.

A Cisco designer told the Times he’d bought a $1.3 million home in Boulder, Colorado “that we saw only on video for 20 minutes and said yes. It’s a mansion compared to SF for the same money.”

But there’s also still tech workers who are moving into Silicon Valley. In December the “Big Technology” blog spotlighted a “tech migration” spreadsheet created by LinkedIn that compiled self-reported location data for several hundred thousand U.S. tech workers. That spreadsheet compared a region’s inflow of new tech workers with its outflow (captured in a simple ratio), also calculating how much it’s changed from the previous year.

And in 2020 the San Francisco Bay Area appears close to a stasis — though its ratio of inflowing to outflowing tech workers is not 1/1, but .96.

The data does show dramatic changes. For 2019, the same ratio in the San Francisco area had been 1.48 — giving the region a year-over-year change of -35.29%, the largest of any of the 41 regions on the spreadsheet. “The only two cities in the country losing tech workers that previously were gaining them are New York City and San Francisco,” notes the Big Technology blog. “San Francisco was previously gaining 148 workers for every 100 that left; now it’s gaining only 96.

“These steep drops may only be temporary, however, as these cities will likely bounce back post-pandemic,” writes the blogger, sharing comments from LinkedIn chief economist Karin Kimbrough who suggests some residents may later return to the towns they left in 2020. “We believe a lot of these moves are likely short-term. We expect to see tech talent returning to legacy tech hubs like the Bay Area when offices reopen.”

But there’s other data sets showing a different story.

Citing census data, a CNBC video report also notes that “In fact, California has lost more people to other states than it’s gained for much of the last two decades.”

CNBC also notes that in September the median home price for the entire state was over $712,000. The small dip in the state’s population of 39.5 million people may have other factors, they’re told by Walter Schwarm, a demographer with California’s Department of Finance. For example, California’s aging population is having fewer children — and international immigration into the state has dropped every year since 2017 when stricter immigration policies went into effect.

But don’t write off Silicon Valley, argues Joel York, founder of SaaS company Markodojo. When an opinion piece by Bloomberg’s editorial board argued “Companies Are Fleeing California. Blame Bad Government,” York countered in a comment that “The tech industry in CA does not revolve around big, old tech companies like Oracle and HP. They are the last piece of the puzzle because these guys are in the business of acquiring the innovators.”

In a later comment, he added that “The engine of Silicon Valley revolves around the ecosystem of VC firms, entrepreneurs, university talent, a broad-based tech labor pool (which includes the big guys), and most importantly the networks that connect them. Sending big tech jobs to Texas is akin to outsourcing to reduce costs once a business stabilizes after rapid growth. Texas has a long way to go on all the other three fronts, and the networking that links them together.”

This will surprise no one, but it really doesn’t matter if VCs change cities. The real question is about entrepreneurs AND key functional executives (always a limiter for other markets). Money always travels.

A third story emerges from data showing where new companies are being started and headquartered. Kim-Mai Cutler, a partner at the VC fund Initialized Capital, shared her own thoughts after studying the locations of headquarters within their portfolio of over 200 companies (as well as the results of its annual founder survey, averaging 90 companies a year). Cutler’s conclusion?

“Peak Bay Area was seven years ago in 2014,” she wrote in a recent blog post. “Following the 2008 financial crash, the region was both substantially cheaper and had a strong corps of technical talent. But by the mid-2010s, the stresses and pressures of the rising cost of living became widely known, it became much harder to compete against Big Tech companies on recruiting and so this trend began reversing as companies began spreading out.” By the start of 2018 fewer than half their companies were in Northern California — and this year Bay Area-based companies represent less than a third of their portfolio, Cutler writes.

But she also cites an even more intriguing find. Based on results from their most recent founders survey, after the pandemic, 36% of their portfolio companies will be fully remote or decentralized (compared to less than 20% in February of 2020). And even for the remaining companies “baseline expectations” will still include two to three days of working from home. (In June the New York Times reported that Twitter, Facebook, Zillow and Shopify are already developing “work from home forever” plans.)

So here’s the most interesting result from Initialized’s survey. When asked which city would be most beneficial for startups planning for long-term success, the San Francisco Bay Area still received the most votes (28.4%), more than four times its next nearest competitors, Austin and New York (both at 6.8%).

But “distributed or remote” beat them all, getting 42.1% of votes.

CNBC Tech reporter Matt Rosoff (a Bay Area resident of 17 years) emphasizes that some of the world’s largest tech companies still have deep roots in the Valley. While Apple, Facebook, and Alphabet are undertaking billion-dollar redevelopments, “Alphabet and Salesforce employ about 30,000 workers in the Bay Area, and have built out hundreds of thousands of square feet of office space in San Francisco alone” —  not to mention Bay Area-based companies like Twilio, Zoom, Airbnb, Doordash and Pinterest. Rosoff predicts that alone is enough to attract entrepreneurial employees who will eventually start companies of their own — flush with capital from Bay Area-based VCs — and there’ll also be a steady influx of graduates from top schools like U.C. Berkeley and Stanford “with strong local networks and connections to the tech industry.”

But even if an exodus does materialize, there’s still the remaining question of how we’ll react. In a letter to the Los Angeles Times, one 70-year California resident shared his own opinion about a possible exodus of tech workers.

“Not a moment too soon.”