Chip designer Arm has created a platform designed to make it easier for developers to quickly design and build software for the Internet of Things (IoT).
Oct 19th, 2021 7:10am by Jeffrey Burt 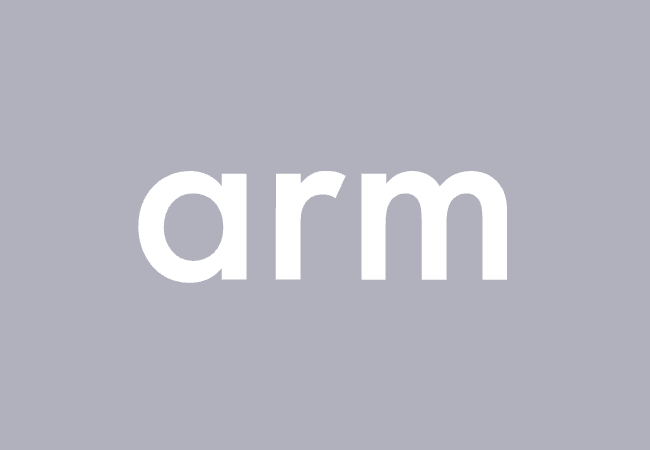 Chip designer Arm has created a platform designed to make it easier for developers to quickly design and build software for the Internet of Things (IoT).

The chip designer’s Arm Total Solutions for IoT is a multipronged initiative that includes faster development of systems-on-a-chip (SoCs), modern cloud-based development methodologies and an initiative to build out a surrounding ecosystem and enable developers to reuse software across the highly diverse range of IoT hardware.

The goal is to create an IoT software development environment similar to that of mobile phones, where millions of apps have been created for thousands of different smartphones, according to Mohamed Awad, vice president of IoT and embedded for Arm. If developers had to buy every smartphone they wanted to deploy their app to, there would be fewer apps, less innovation and a lot of lost potential.

The same will happen to the IoT economy if the industry doesn’t leverage the same capabilities of the smartphone app market, Awad said during a virtual briefing with journalists and analysts.

“We’re going to enable millions of developers all over the world to accelerate time to market [and] adopt more modern software developed methodologies to easily get away from all of the diverse hardware that makes up the IoT,” Awad said. “They are not going to have to become better developers to do it. We’re going to fundamentally transform how software is developed for the IoT and, in the process, the economics of the market.”

The IoT, with its fast growth, broad reach and wildly diverse device environment, poses challenges for software developers, Awad said. That includes slow product design, he said. It often takes five years or more from when a technology is released to when products hit the market, due in large part of how they’re designed.

In addition, there is a lack of skills in building software and services that can be leveraged across multiple platforms and IoT software development is inefficient due to the need for physical hardware for developing and testing, which Virtual Hardware Target is designed to address.

“If you’re a software developer, you’ve got to mess around with cables and jumpers and wires [and] you get boards on your desk,” Awad said. “If you want to adopt modern development methodologies, either you just can’t do it or you have to build up massive hardware farms. As the hardware evolves, you’ve got to rip them up and drop in a new hardware box. This is incredibly inefficient.”

Arm Total Solutions for IoT, introduced this week at the Arm DevSummit 2021, comprises three elements. The first is the Arm Corstone, pre-designed, pre-integrated and pre-verified hardware subsystems — including CPUs, MPUs (memory protection units) and system IP — that the company delivers directly to silicon partners to accelerate the development and release of SoCs, which contain not only the CPU but also such elements as memory, GPUs and I/O ports.

Energy-efficient SoCs have been foundational to the success of Arm, which designs chips and licenses those designs to such processor makers as Qualcomm and Samsung. Arm made its name designed SoCs for mobile and embedded devices and over the years has extended its reach into such areas as data center systems and the IoT. Corstone has been used by Arm silicon partners to accelerate the development of more than 150 designs, according to Awad.

“We’re using this trusted proven foundation as a basis for Arm Total Solutions,” he said. “That is why we are doubling down and increasing our investment on Corstone. Moving forward. It will be foundational to how we deliver IoT technology to the ecosystem. Everything we do, we’ll start with Corstone.”

Another element, Arm Virtual Hardware, is a cloud-based virtual model of Corstone, essentially enabling developers to create and test their code without needing access to physical silicon and driving the use of agile development methodologies like continuous integration/continuous development and DevOps to IoT and embedded platforms. The virtual Arm silicon models simulate everything from memory to peripherals, which will enable developers to build software even before the physical SoCs are available.

Awad said it will reduce the product design cycle from five years to as few as three years and will help Arm chip makers by allowing feedback on the SoCs before the hardware is even tamped out.

“We’re putting technology in the hands of millions of software developers that before just wouldn’t have access to it,” he said. “That technology would have only been available to traditional silicon designers and a limited set of embedded developers. By enabling parallel hardware and software co-design and bringing new cloud native-development benefits to IoT, we are enabling software development to begin well ahead of silicon availability. We are unleashing the innovation of millions of new developers.”

It’s also a boon for OEMs as well as IoT service providers, who “don’t have to build and maintain hardware farms to scale their services across a diverse set of devices,” Awad said. “They can run continuous integration workflows and verify their algorithms on virtual hardware, allowing them to achieve scale.”

Arm also is pushing for greater standardization for IoT design via its Project Centauri, which provides device and platform standards and reference implementations for device boot, security and cloud integration. The hope is to do for Arm’s Cortex-M SoC designs — aimed at cost- and power-efficient microcontrollers and leveraging the company’s Helium technology to enhance compute performance — what Arm’s Project Cassini did for its Cortex-A processors designed for more complex applications.

In the cloud arena, Project Centauri APIs include support for PSA Certified and Open-CMSIS-CDI, which is a standard cloud-to-device specification that reduces the effort needed to enable different cloud solutions and real-time operating systems, which in turn cuts costs and accelerates time to market as well as drives scale and improves security.

The IoT is expected to continue its fast growth as more devices become increasingly intelligent and generate massive amounts of data. Market research firm IoT Analytics said in a report last month that despite industry-wide chip shortages and the negative impact of the COVID-19 pandemic on the supply chain, the number of connected IoT devices this year will jump 9% over 2020, to 12.3 billion active endpoints. By 2025, there will be more than 27 billion IoT connections.

The IoT chip will grow from almost $12 billion this year to more than $27 billion by 2026, according to Mordor Intelligence, another market research company.

Arm has been active in the IoT space for years with a combination of hardware designs — not only its Cortex-A and Cortex-M SoCs but also Ethos-U microNPUs machine learning inference processors and Mali image signal processors (ISPs) — and software and development tools. Arm partners have shipped more than 70 billion Cortex-M-based devices to date.

GPU maker Nvidia is bidding to buy Arm for $54 billion, though the deal is getting a closer look from regulators in the European Union and UK and pushback from Arm partners like Qualcomm, though other companies like Broadcom support the deal.

Jeffrey Burt has been a journalist for more than three decades, the last 20-plus years covering technology. During more than 16 years with eWEEK and in the years since as a freelance tech journalist, he has covered everything from data...
Read more from Jeffrey Burt
SHARE THIS STORY
RELATED STORIES
Couchbase’s Managed Database Services: Computing at the Edge How Prescient Devices Uses Time Series Data for IoT Automation Creating ‘Offline-First’ Applications for Wi-Fi Dead Zones What Is Mobile Edge Computing? Pinterest: Turbocharge Android Video with These Simple Steps
AWS is a sponsor of The New Stack.
SHARE THIS STORY
RELATED STORIES
Making It Easier to Build Apps with Time Series Data Edge Computing vs. Cloud Computing How Prescient Devices Uses Time Series Data for IoT Automation What Is Edge Computing? CES 2023: Robots, Astronauts, Schwarzenegger and Flying Cars
THE NEW STACK UPDATE A newsletter digest of the week’s most important stories & analyses.
The New stack does not sell your information or share it with unaffiliated third parties. By continuing, you agree to our Terms of Use and Privacy Policy.