HashiCorp's Armon Dadgar shares the company's approach to open source and how Terraform reflects their model to control its core while providing a good user experience.
Oct 13th, 2022 6:15am by Alex Williams 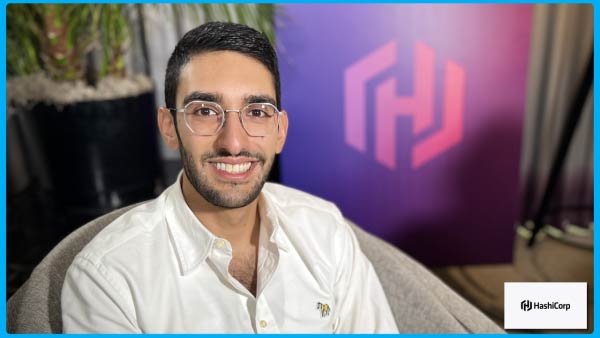 Armon Dadgar and Mitchell Hashimoto are long-time open source practitioners. It’s that practitioner focus they established as core to their approach when they started HashiCorp about ten years ago. Today, HashiCorp is a publicly traded company.

Before they started HashiCorp, Dadgar and Hashimoto were students at the University of Washington. Through college and afterward, they cut their teeth on open source and learning how to build software in open source.

HashiCorp’s business is an outgrowth of the two as practitioners in open source communities, said Dadgar, co-founder and CTO of HashiCorp, in an interview at the HashiConf Global conference in Los Angeles earlier this month.

Both of them wanted to recreate the asynchronous collaboration that they loved so much about the open source projects they worked on as practitioners, Dadgar said. They knew that they did not want bureaucracy or a hard-to-follow roadmap.

Dadgar cited Terraform as an example of their approach. Terraform is HashiCorp’s open source, Infrastructure as Code, software tool and reflects the company’s model to control its core while providing a good user experience. That experience goes beyond community development and into the application architecture itself.

“If you’re a weekend warrior, and you want to contribute something, you’re not gonna go read this massively complicated codebase to understand how it works, just to do an integration,” Dadgar said.” So, instead, we built a very specific integration surface area for Terraform.”

The integration is about 200 lines of code, Dadgar said. They call the integration their core plus plugin model, with a prescriptive scaffold, examples of how to integrate, and the SDK. Their “golden path” to integration is how the company has developed a program that today has about 2,500 providers.

The HashiCorp open source model relies on its core and plugin model. On Twitter, one person asked why doesn’t HashiCorp be a proprietary company. Dadgar referred to HashiCorp’s open source approach when asked that question in our interview.

“Oh, that’s an interesting question,” Dadgar said. “You know, I think it’d be a much harder, company to scale. And what I mean by that is, if you take a look at like a TerraForm community or Vault — there are thousands of contributors. And that’s what solves the integration problem. Right? And so if you said, we were proprietary, hey, how many engineers would it take to build 2000 Terraform integrations? It’d be a whole lot more people than we have today. And so I think fundamentally, what open source helps you solve is the fact that, you know, modern infrastructure has this really wide surface area of integration. And I don’t think you can solve that as a proprietary business.”