Arque Is an Artificial Tail for Enhancing Humans

A team of researchers from the Graduate School of Media Design in Japan's Keio University is developing the Arque, a mechanical prosthetic tail for humans that's actually inspired by seahorses
Aug 1st, 2019 6:00am by Kimberley Mok 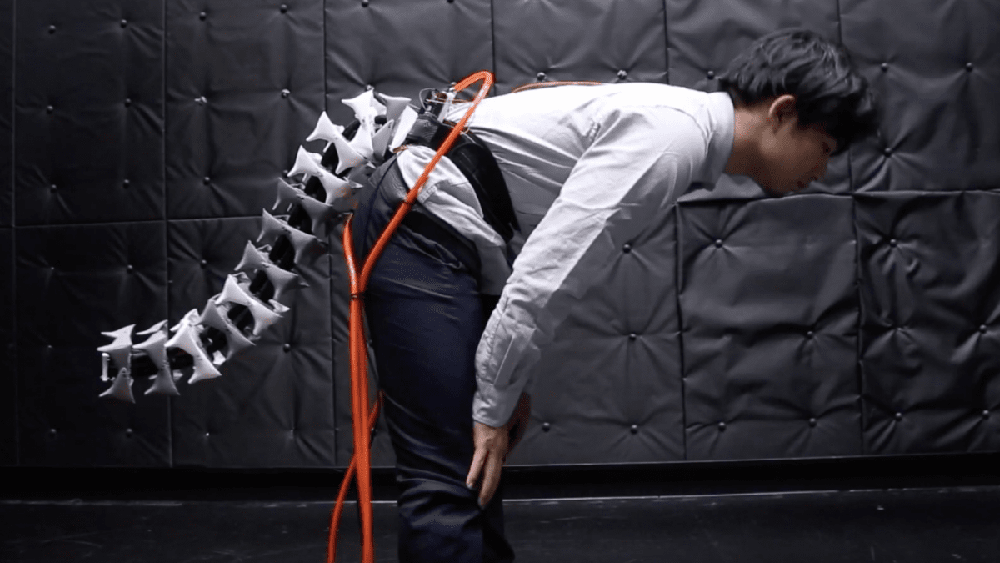 The notion of enhancing ourselves has been kicking around for a while, whether it’s through performance-boosting and mind-altering substances, or through a little add-on technology. While some people might opt for an extra programmable finger or a VR-controlled robotic arm or two, others might be tempted by having a magical, mechanical tail tacked onto their backsides. After all, as our primate cousins can attest, having a tail can help with augmenting one’s sense of balance, as well as give the impressive ability to grab onto nearby objects.

If you’re looking for such a rear-end prosthetic, then you’re in luck: a team of researchers from the Graduate School of Media Design in Japan’s Keio University is developing the Arque, a mechanical prosthetic tail for humans that’s actually inspired by seahorses — not primates as one might initially assume.

As detailed in their paper, the team describes how the Arque might be used to help humans extend their mobility by altering the body’s momentum and compensating for sudden changes to the body’s center of gravity. For instance, it could help the wearer regain their balance quickly during a fall so that they recover and avoid falling down and injuring themselves, similar to how animals with tails (such as a cat) might use it to control their center of gravity in order to help them land gracefully on their feet. Alternatively, the creators say that it could be used in a disruptive way, like putting a player off-balance when it’s utilized in a virtual reality gaming environment, in order to provide haptic feedback for the player. See it in action in the video below:

Not surprisingly, the team looked to nature for inspiration when creating their prototype. In particular, the tail of the seahorse was a major influence, as its structure can handle a high amount of forces, relative to its size. Seahorse tails are also square — as each vertebra is surrounded by four, interlocking L-shaped plates — making it a unique feature in the world of animal tails, allowing them to be wrapped tightly and securely around objects in their environment.

Similarly, the Arque’s supportive column consists of interlocking plates. Each vertebral joint is made up of one central plate, surrounded by an additional four protective plates, with the plates being linked together with elastic cords. The central plate is weight-adjustable — meaning that metal weights can be added to make it heavier, depending on the wearer’s physique, as the overall tail would need to measure about 5% of the wearer’s body weight in order to provide the necessary thrust to alter the user’s center of gravity. Spring-like mechanisms are used to connect everything together, emulating the elasticity and compression of the seahorse’s remarkable skeletal structure in the wild. 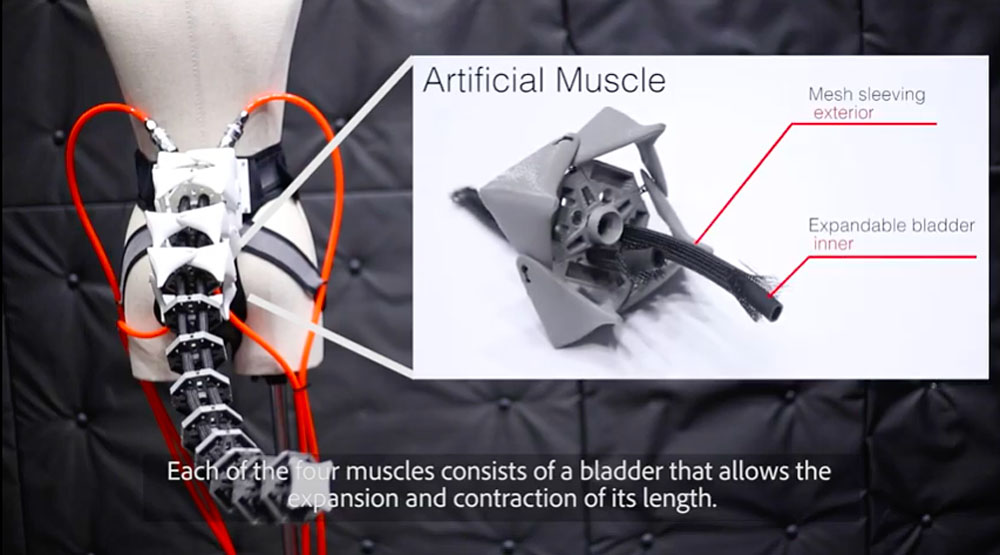 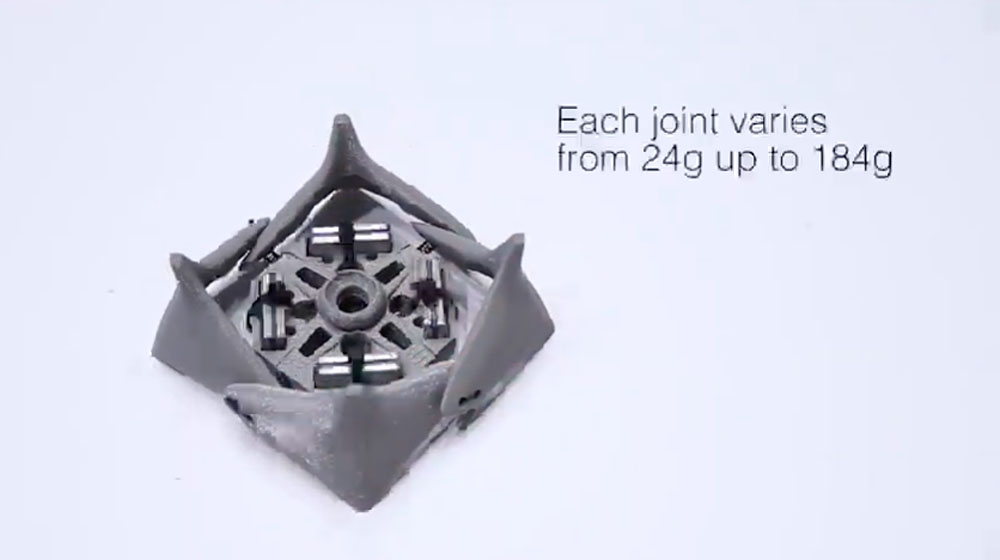 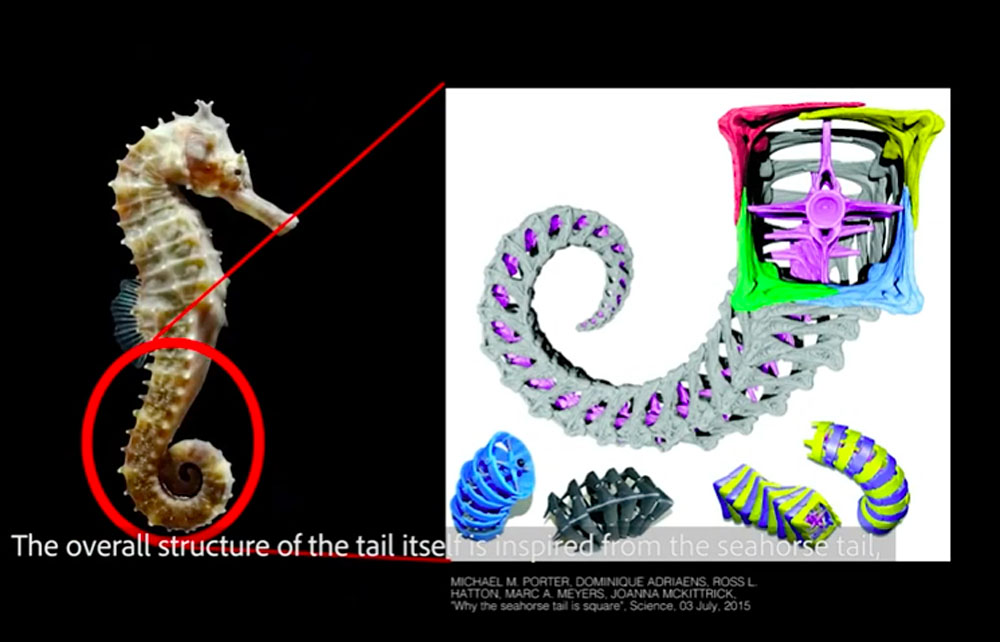 The tail also features four long artificial “muscles” that are actually pneumatic tubes that run through the central column, which can be deflated or filled with air from an air compressor, providing the actuation needed to move the tail along eight different directions. In addition, the tail can be customized and made longer or shorter by adding or subtracting links, according to the needs of the user. The tail is strapped around the user’s waist, and the user dons a wearable body tracker that determines the user’s approximate center of gravity, which then prompts the tail to move and adjust itself accordingly as a corrective counterbalance. 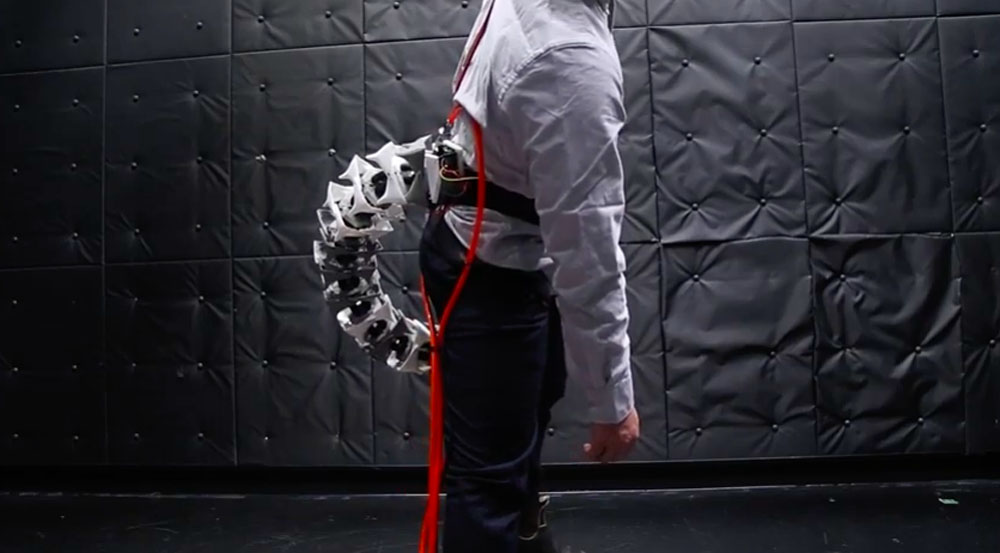 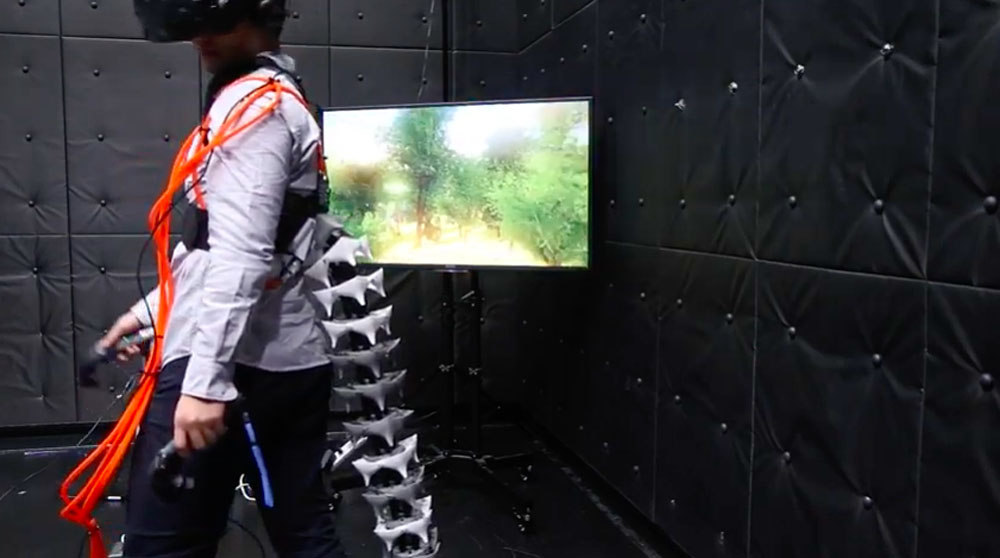 As the team notes, there could be a number of potential uses for such a device. When combined with sensors, it could be seen as an automated, artificial limb of sorts — an extension of the body that could help the elderly maintain balance, potentially eliminating the need for canes or walkers. Such an artificial extremity could also be paired with other devices, allowing it to respond to brain signals, so it can be actuated according to the mood of the user. One could envision a future where humans — having lost their primate tails to the mists of evolutionary time — would regain them once more on the way to becoming cybernetic organisms that part human and part machine.