Arrcus Brings Network Automation and API Accessibility to the Edge 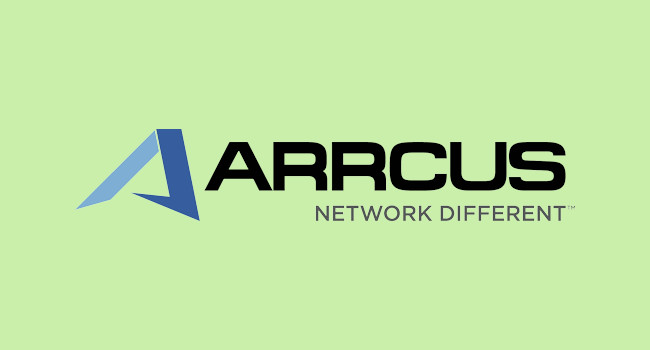 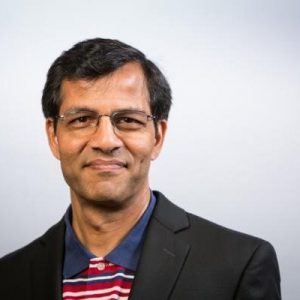 Shekar Ayyar spent the last four of his 14 years at VMware building out its telecommunications and edge business at a time when the company’s focus was on data center and cloud infrastructure. Under Ayyar’s direction as executive vice president and general manager, the unit became a strong vertical business for VMware.

That experience will be key to Ayyar as he takes over the CEO position at Arrcus, a well-funded edge network software startup that is working to make a name for itself in the expanding multicloud arena. But even as enterprise adoption of multicloud and hybrid cloud strategies continues to rise, he sees the future being at the network and compute edge.

“Everybody talks about how you can get benefits from large pools of centralized capacity in the public cloud,” said Ayyar, whose was announced as chairman and CEO on Sept. 15. “What I feel very, very confident about is that this action is almost passé in terms of the clouds, and it’s moving a lot more into the edge. The pendulum is swinging from consolidated and large data centers doing everything to highly distributed and disaggregated infrastructures doing things that are point of consumption, point of sale, point of mobility, etc.”

With this swing, “you have to design your architecture, your compute fabric or network fabric, etc., to be supporting and aligned with that distributed infrastructure architecture,” he told The New Stack.

A Focus on Edge

Arrcus is putting a keen focus on the edge and will use its Arrcus Connected Edge (ACE), which was unveiled along with the hiring of Ayyar, as the foundation of its strategy. ACE essentially pulls together the company’s key technologies into a three-tiered stack that addresses enterprise and telco cloud and edge networking needs.

The base layer is built around the vendor’s ArcOS operating system, with highly scalable networking capabilities built atop hardware that can be powered by a range of processor technologies. Broadcom is Arrcus’ top hardware partner, Ayyar said. Arrcus’ ArcEdge software platform will anchor the second layer that provides multidomain connectivity for various telco carriers and public cloud providers like Amazon Web Services (AWS), Microsoft Azure, Google Cloud and Oracle Cloud.

“There are a number of companies today that actually just focus on multicloud, but in their case, that is the business problem they are solving,” he said. “In our case, multicloud becomes one of the elements of the architecture that is almost like a checkbox. We’re assuming that the world is going to be multicloud, and we’re assuming that the world is actually going to move into a 5G environment.”

The top layer is where analytics and automation come in, through a combination of the company’s ArcOrchestrator and ArcIQ offerings and APIs. Automation and API-based accessibility are key for developers, Ayyar said.

It “speaks to the possibility and capability of developers to create things on top of this infrastructure,” he said. “It’s not about just creating a routing solution or switching solution that just sits either in the provider edge or on top of the rack. It’s about what you can do with that in terms of creating new functions and new applications and how rapidly you can do that and how you can monitor and maintain and manage that in a distributed architecture.”

Arrcus also is offering ACE in a couple of ways. Enterprise, telcos and service providers can deploy it on hardware or via a consumption-based subscription services model.

“It feels like absolutely the right platform architecture to go and say we are ready for the edge,” Ayyar said. “We’re ready to take our customers to the edge, and our customers could be telecom carriers, they could be cloud providers or they could be typically larger enterprises that often behave like they themselves are services providers of some kind or another.”

Ayyar’s background at VMware, which included working with telcos in their 4G and 5G deployments running atop VMware software, dovetails with what Arrcus is trying to do. Before the Telco and Cloud Edge business ramped, VMware was focused on multicloud and hybrid cloud infrastructure.

Ayyar said he changed the conversations the company was having with the carriers. Rather than asking them about services they had and how they virtualized their data centers, he would talk to them about the number of subscribers they served, their mobile networks and the costs of using boxes from the likes of Ericsson and Nokia rather than deploying on a network-functions virtualization (NFV) platform.

It worked, as VMware saw the business grow by almost 300 percent, Ayyar said.

Evaluating Arrcus before accepting the top job, he said he was impressed with the portfolio the company was putting together. The routing and other products were able to reach telco and service provider scale, the OS could run on a range of underlying hardware and processor architectures, and the company was investing in automation and accessibility via APIs.

Five-year-old Arrcus is playing in a networking space that includes a number of large and established companies. Ayyar said he expects to take some business away from the likes of Cisco Systems, Juniper Networks and Arista Networks. He noted that those companies have massive and expensive portfolios that stretch across the networking spectrum.

Arrcus offers organizations “a more focused sliver of what we would bring around their needs for the edge, around their needs for distributed computing and associated networking. We would then solve the complex problems that are inherent in how that sort of distributed capacity needs to get deployed and managed. That is what we will specialize in.”

“We are a startup, and we don’t kid ourselves on that side,” the CEO said. “But on the other hand, we have a vision that is actually very disruptive, and it can take a portion of the customer spend and make them use that spend a lot more effectively for high-scale network operations and deploying applications much faster.”

The company also now has more money to help build out its ambitions. Arrcus had raised more than $65 million since its 2016 founding, including $20.4 million in May. And Arrcus last week said it had raised another $28 million from several new investors, including SoftBank and Liberty Global. Ayyar said some of that money will go to building out the company’s channel, enabling it to expand the reach of its offerings. Right now much of the selling is done through one-on-ones with early market customers, he said.

Even as Arrcus puts a focus on the edge, the company understands that it will continue to be a hybrid IT world. Arrcus is prepared for that, Ayyar said.

“Everybody said private is dead and now they’re saying, ‘It’s really both’” public and private, he said. “I don’t think the edge will kill hyperscale public clouds. I don’t think hyperscale public clouds will kill private capacity. It’s got to be a distributed edge that takes into account coexistence with all these prior generations of technology.”

Jeffrey Burt has been a journalist for more than three decades, the last 20-plus years covering technology. During more than 16 years with eWEEK and in the years since as a freelance tech journalist, he has covered everything from data...
Read more from Jeffrey Burt
SHARE THIS STORY
RELATED STORIES
Platform Engineering in 2023: Dev First, Collaboration and APIs Six Signs You’ve Got an API Sprawl Problem Composing a Platform by Patching Crossplane Resources 5 Software Security Goals All CTOs Should Prioritize State of the API: Monetizing API Deployment Is on the Rise
Amazon Web Services and VMware are sponsors of The New Stack.
TNS owner Insight Partners is an investor in: The New Stack.
SHARE THIS STORY
RELATED STORIES
Crossplane: A Package-Based Approach to Platform Building 5 Software Security Goals All CTOs Should Prioritize The Flywheel Effect of Kubernetes APIs Improve the Quality of Your APIs with Spectral Linting 5 Ways to Improve Your Web Application and API Security
THE NEW STACK UPDATE A newsletter digest of the week’s most important stories & analyses.
The New stack does not sell your information or share it with unaffiliated third parties. By continuing, you agree to our Terms of Use and Privacy Policy.