The Art of Building Neural Networks 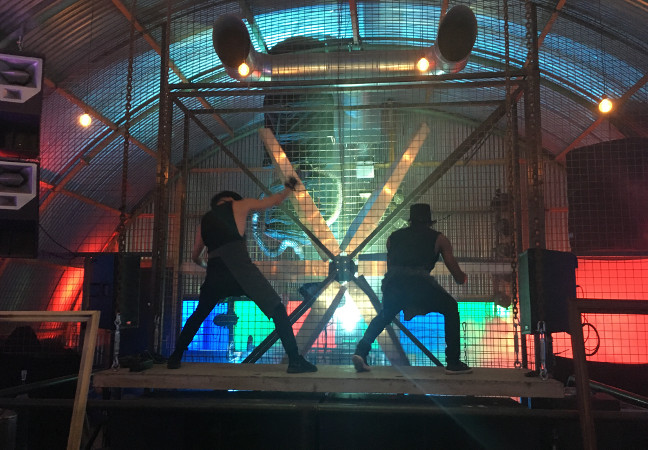 The Art of the Neural Network

Technical and entertaining — that is perhaps the best way to describe the talk data scientist Siraj Raval gave at Software Circus in Amsterdam under the big tent with a North Atlantic storm bearing down. It was a fitting end to a conference that was about the experience and the people as much as it was about the technology. And Raval did not disappoint.

Raval’s premise: building neural networks is like an art. Neural networks is a decades-old technology that has been in the public consciousness only for the past five or six years. Back in the early days, Geoffrey Hinton was building neural networks and he, too, described it as an art. Hinton had a star pupil in Ilya Sutskever, who is now the chief technology officer and co-founder of OpenAI. Hinton described Sutskever as an artist, who used hybrid parameters like a brush.

Today, building neural networks is still like art. Artists combine existing ideas to get new results. So why are neural networks so important? Listen to Raval’s talk about the experience he had in India just before the days of the conference and how he connects a horrifying beating he saw to the role of functions, variables and mathematical optimization. Raval makes the point that our world’s problems are vast and unimaginable. We need a superintelligence to solve them. And thus the importance of neural networks.

Friday, we’ll have the second installment of Raval’s talk, his rap performance about neural networks. Big thanks to {code} for making our live streaming possible from Amsterdam at the fascinating Software Circus.

3:31: Neural networks as an art.
6:14: Why the scope of problems in our world is so vast that we need some sort of super intelligence to help them solve problems.
7:53: Putting machine learning and neural networks at work in their role as universal function approximators.
10:36: Why people need to be interested in and researching these technologies for the benefit of humanity as a whole.
13:03: The benefits of combining blockchain and AI technologies.
14:42: How to stay motivated in the field of neural networking.

Time for rap and a haka dance lesson under the big tent @softwarecircus! Stream sponsored by @codedellemc. https://t.co/qdvs3I8Bqk