When NASA returns to the moon, it won't be only a US government initiative — and that means dealing with new data challenges.
Oct 25th, 2022 9:22am by Loraine Lawson 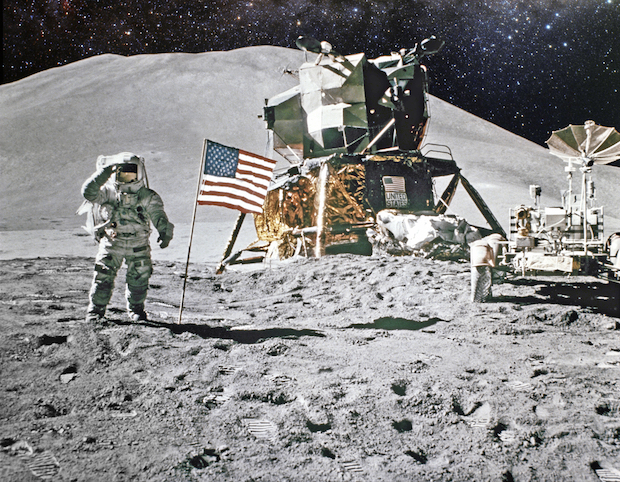 Plans are worthless, but planning is everything, Pres. Dwight Eisenhower once said. NASA understands that on a soul level — astronauts and flight directors plan, but when the shuttle hits the launchpad, they expect the unexpected. That’s when their eyes are on the data, Ginger Kerrick Davis, physicist and former NASA flight director, told audiences Thursday at the Data People Summit held by data management provider Ataccama.

“We understand how to how to analyze data quickly and make the right decision with the data that we have,” Kerrick Davis said. “So we’re very confident. We always see something we hadn’t planned for, but because we have trained our response to dealing with anomalies, we can take those on too.”

Kerrick Davis and Col. Eileen Collins, NASA’s first female pilot, both shared their stories of growing up with financial hardships and overcoming barriers to work for NASA. They also offered their insights into how NASA deals with data — and data challenges in general — at the summit, held live in Boston and broadcast virtually.

“When you look at NASA today and you think of our new Artemis program — our return to the moon — we won’t do it with the computers that did it and Apollo; and, in fact, it won’t be just a government-driven mission,” Kerrick Davis said.

That creates quite a data challenge since the Artemis Mission will involve coordination with NASA’s multiple control centers, international control centers, and potentially divergent companies all over the U.S. — all with different ways of managing data, she said.

“So pulling together that type of complex data is going to be a struggle; NASA currently doesn’t have a concrete solution for that,” Kerrick Davis said. “They’re looking at different products that they can use to analyze the data, they’ve tested some out for this first mission [and] that will be launched later in November.”

Collins’ mission was to take up the Chandra X-Ray Observatory, a sophisticated telescope designed to detect X-ray emissions from very hot regions of the universe.

“That data comes down, they take massive amounts of data,” Collins said. “It’s not like those an old analog pictures we used to do, but it’s all of these ones and zeros come down.”

That data is sent to the Deep Space Network, which is a network of satellites, then the Jet Propulsion Lab, and finally it goes out to the Chandra X-Ray Center, she said, where it is owned by the principal investigator for at least a year before becoming public information.

“If some of you were interested, that would be worth looking into — now [that] we have the James Webb Space Telescope and they also store this data; it has to be archived and so there’s a lot to be said about that,” Collins told the audience. “We called it Big Data back in those days; no one calls it big data anymore, but it’s still the same.”

Collins has also seen her share of data problems. For years, she was on the board of an insurance company that had issues with data, she said. She said the key to dealing with it was to get the right people trained to deal with the data problem.

“First of all, it’s got [to be] complete, it’s got to be correct,” Collins said. It’s just foundational: If your data is not right, you can’t do anything else correctly […] so it’s getting the people that know how to do that.”

John Bottega, the president and co-founder of the EDM Council, asked the two women whether businesses should make it a priority to help with the thousands of satellites producing data that “we can’t aggregate.”

Kerrick Davis suggested businesses should look beyond themselves to more complex world problems. In fact, both women said they welcomed the growing role companies are playing in space exploration.

“In reality, the more complex the world becomes, the more we need to team together to solve some of the world’s biggest problems,” Kerrick Davis said. “It’s got to be a culture change at the top of those organizations to say, ‘I’m going to partner with somebody that is a competitor, but I’m going to partner in a way where we can jointly work together where we both benefit.’”

CEOs will need to understand what’s in it for them, she added, but added they need to acknowledge that the complexity of the world requires partnerships.

It doesn’t have to be senior executives who tackle these problems, Collins chimed in, suggesting that young people should be asked how they envision their future. Much of the images sent in look like artwork, she added, but the images could be even better if the data from all the telescopes could be combined.

“But you’ve got to have leadership that is visionary, as well as passionate about making it happen,” Collins said. “I don’t think this data silo thing is boring at all. I think it’s hugely exciting and it is the future.”