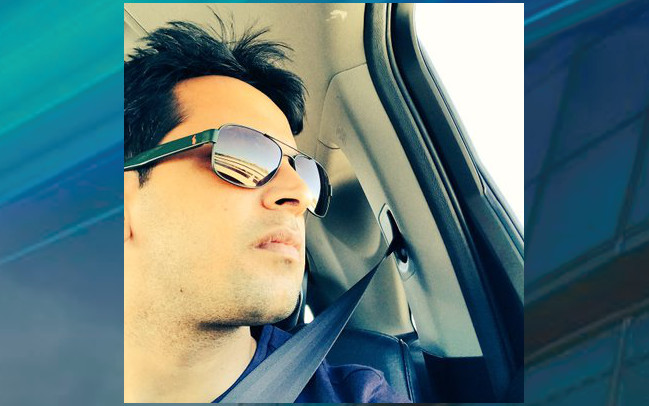 Arun C Murthy, one of the founders of Hortonworks, has spent more than a decade in the open source industry, focusing on big data projects. He has worked on Apache Hadoop since its inception in 2006 and remains an Apache Hadoop Project Management Committee (PMC) member. Prior to co-founding Hortonworks, which offers a commercial Hadoop distribution, Murthy was one of the original members of the Hadoop team at Yahoo, where the big data processing platform was created. Murthy was responsible for all code for Hadoop and its associated MapReduce application, as well as for the in-house configuration that was deployed across 42,000 servers.

Murthy has been dabbling with computers from a very early age. He started programming when he was ten years old. He has also been extremely entrepreneurial. While he was still pursuing his undergraduate degree in computer science in India, he started several small entrepreneurial projects.

Most of his role models were entrepreneurs who inspired him to get a foot into the industry as soon as he could, instead of treading the academic path. “I couldn’t wait to get out and start to work,” said Murthy.

Those were the dotcom days and Yahoo was the biggest player with the largest web audience. When Murthy joined Yahoo, he was fascinated by the scale at which Yahoo operated. “I figured that I would learn a lot and it should be really fun to work on technologies which allowed you to scale to hundreds of millions of users,” said Murthy.

He became part of the platform team at Yahoo Initially he worked out of the Banglore (India) office, but he realized that all the action was happening in Silicon Valley, so he left India and moved to the U.S. Murthy built up extensive experience in open source; he had contributed to big projects like PHP. He was particularly interested in data at scale.

At that time, Yahoo was working on an internal project to build a platform that could analyze amounts of data that too large to fit into databases, which was similar to Hadoop. The company mulled open sourcing the project, though had some lingering concerns around Intellectual Properties (IP) issues. In the end, Yahoo dropped the internal project and channeled its resources towards Hadoop.

“We figured that the better choice was to take an existing open source project and contribute to that project instead of taking whatever project we had and open source it,” said Murthy.

Murthy invested a lot of time in converting and modernizing Hadoop, which he started working on in 2009. Hadoop and Murthy were a match made in heaven. “I gravitated towards Hadoop, because I want to stay in the open source field,” said Murthy, even if the team from Yahoo that worked on Hadoop had very narrow goals. “Our goal was to help Yahoo! build a better search engine,” he said.

The software’s contributors found that Hadoop could help many different industries, beyond Yahoo. At that time, there were no commercial, off the shelf, products that companies could buy to handle the workloads of Yahoo’s magnitude. Big tech companies like Microsoft and Google were building their own solutions for internal consumption. That left everyone else. The market was ripe for a Hadoop-based software, which could offer enterprise-grade stability and commercial.

Today Hadoop is being used in advertising, data-warehousing, finance, healthcare, insurance and more.

Murthy left Yahoo in 2011 to co-found Hortonworks, replicating the successful open source model of Red Hat. Both companies took seminal technologies and built publicly traded, extremely successful companies around it. “You give the software away for free, but we make money on supporting the software,” said Murthy.

In one interview, Red Hat CEO Jim Whitehurst praised the company for building a very successful business around open source, “They’re totally like us; they’re totally open source. They’ve actually gotten quite a bit of traction and they’re growing nicely so we feel like our model can work in other areas.”

“We’ve got a publicly available resource and we’ve been a public company for over two years now. We tend to be closer to 80 percent of our revenue comes from support, and 20 percent comes from services, which is a great business model,” he said.

“We’ve kind of told Wall Street that we’re going to be cash flow breakeven by the end of the year, which is an amazing result milestone for a company which is only six years old at this point — a company which went public when we were just three and a half years old. We have hit some pretty amazing milestones.”

Swapnil is a journalist and writer who has been covering Linux & Open Source for 10 years. He is also a science fiction writer whose stories have been broadcast on Indian radio and published in leading Indian magazines.
Read more from Swapnil Bhartiya
SHARE THIS STORY
RELATED STORIES
Why 'Explainable AI' Can Benefit Business 5 Ways ChatGPT Could Supercharge Chatbots 2023 Will Be the Year FinOps Shifts Left Toward Engineering Entrepreneurship for Engineers: Building for Customers’ Love Snack Stack: Turning Winter Comfort Food up to 11
TNS owner Insight Partners is an investor in: The New Stack.
SHARE THIS STORY
RELATED STORIES
Snack Stack: Turning Winter Comfort Food up to 11 Golden Paths Start with a Shift Left 2022 in Review: AI, IT Armies, and Poems about Food 5 Ways ChatGPT Could Supercharge Chatbots How to Get Started Filling 3.4 Million Cybersecurity Jobs
THE NEW STACK UPDATE A newsletter digest of the week’s most important stories & analyses.
The New stack does not sell your information or share it with unaffiliated third parties. By continuing, you agree to our Terms of Use and Privacy Policy.