How Austin Survived Its First SXSW without Uber and Lyft 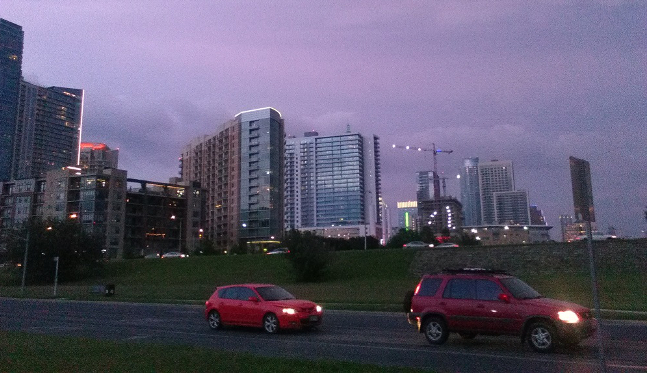 Austin is a city without Uber and Lyft — and the SXSW event now underway this year is marking its first major test. The city’s experience shows what happens when a community decides to roll their own homegrown alternatives.

And it’s also giving visitors some interesting stories to tell… 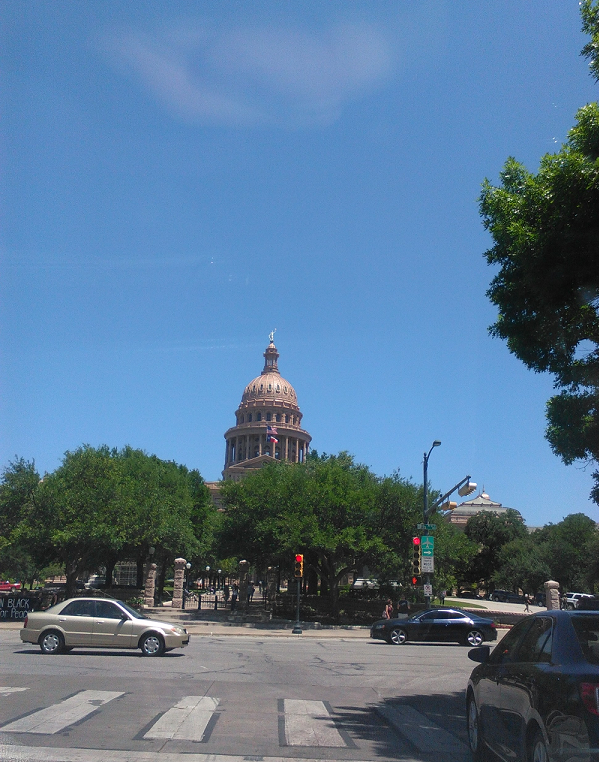 Last year Austin famously voted to require fingerprinting for ride-sharing drivers — prompting two of the largest ride sharing outfits, Uber and Lyft, to pull out of the city in a huff. Uber and Lyft had wanted to self-regulate, but when they took it to Austin voters, “The proposition failed by a margin of more than 11 points,” the MIT Technology Review pointed out, “and having vowed that their presence in Austin would be unsustainable without it, Uber and Lyft both shut down operations within 36 hours.”

The companies had spent more than $8 million trying to nudge public opinion their way, but “Rather than creating a sense of inevitability around the campaign, the media blitz played into locals’ concerns that Austin was being bullied by out-of-towners who thought the rules of the city didn’t apply to them.”

But what happened after they left town?

At first, 30,000 Austin-ites joined to form a ride-sharing group, organized by way of a Facebook page. But just 10 months later, CNN reported that “A thriving, largely homegrown collection of ride-sharing apps have filled the void,” proving that cities do have a choice if the big ride-sharing companies oppose local regulations.

One ride-sharing consultant tells them there’s an unrivaled number of choices in Austin, which has become an experimentation-friendly city “where we’ve been able to hit the hold button on Uber and Lyft and say — what else is possible? What else might happen?”

After all, the city’s unofficial motto is “keep Austin weird.” 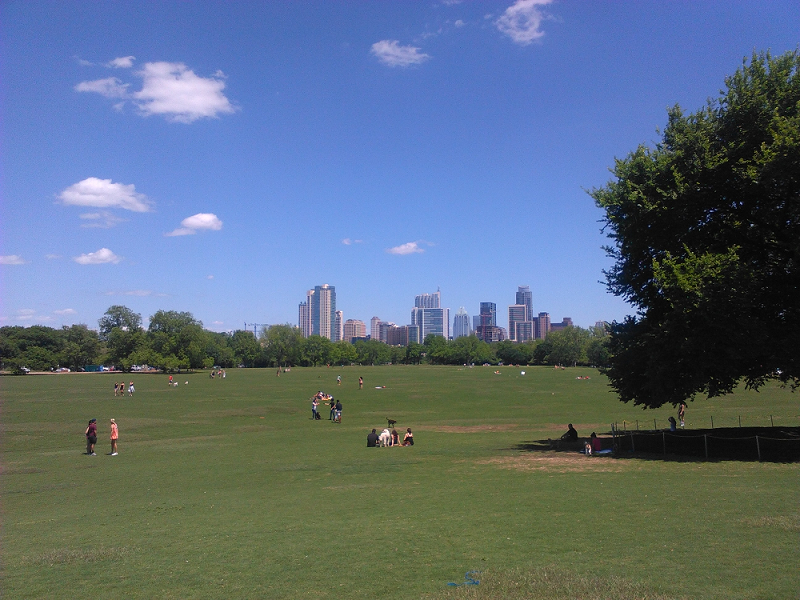 One Boston service, Fasten, quickly expanded into Austin to fill the void. claiming its fare structure “puts more of your fare in the pockets of the people who deserve it the most: drivers.” Two more services, Fare and Wingz, are focusing on servicing traffic around the airports. “We never thought we would have this big of an opportunity,” Fare’s CEO wrote in an email to drivers last year, “and we do not take it or you for granted.”

But one of the most popular alternatives is Ride Austin, which describes its motto as “proudly non-profit” and “built by Austin for Austin.” One of their app’s features lets you automatically round up your fares with a donation to the local charity of your choice, and by February it raised more than $100,000 according to CNN. As a non-profit, Ride Austin’s website claims, “Drivers earn more, riders pay less.”

CNN also reported some ride-sharing drivers actually commute up to Austin from Houston — a 165-mile drive — simply because they earn more money than they would with Uber or Lyft. “I thank god that Ride Austin and Fasten came aboard,” one rider told them last week. “If it was Uber, I would lose my house.” She shares an apartment with three other ride-sharing drivers in Austin. 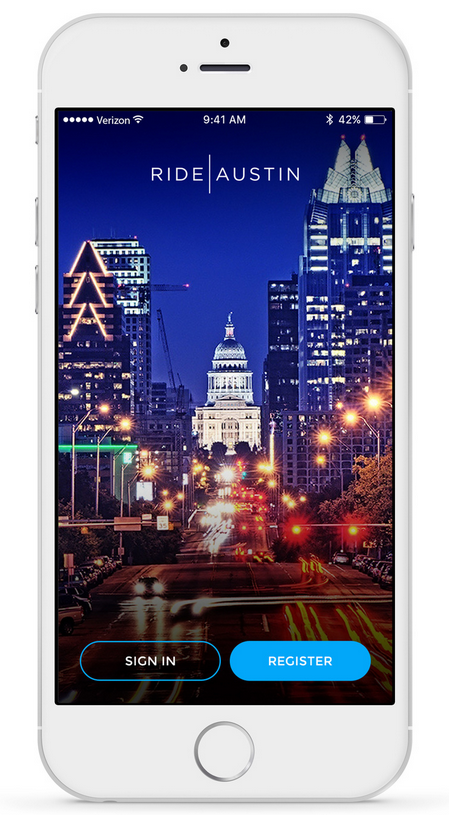 Touting their willingness to share data about their rides, Ride Austin gushes that “The road is open and so are we.” One local news site reported that Ride Austin, a ride-sharing non-profit, had just given its one millionth ride, and was preparing for SXSW by adding 40 to 50 new drivers a day. “They will all have been fingerprinted, they will all have their individual vehicles inspected and done in-person interviews with team members,” said the company’s director of customer engagement — and of course, the company also upgraded its servers.

He expanded to CNN, explaining that “There’s no secret sauce. The technology is becoming easier to replicate.” When it comes to starting a service, “It’s really about culture. Do riders and drivers like what you’re doing? Do they feel like they’re a part of it?”

CNN describes the headquarters of Ride Austin as “a rusty bungalow across the street from an antique lamp store” with “rickety ceiling tiles and a single bathroom.” But by last week, it amassed 4,300 active drivers giving 65,000 rides a week, according to CNN, and were setting new records. And city officials told CNN more than 12,000 drivers had now completed their fingerprint check — almost two-thirds of the 20,000 drivers that had offered ride-sharing last year through Uber and Lyft.

#SXSW attendees mill about helplessly outside the club, unable to Uber…

But starting last week, a veritable sea of SXSW attendees put the city’s ride-sharing apps to the test.

The city tried to accommodate the crowds by designating passenger pick-up areas, extending the hours for mass transit, and closing some streets.

And things started out okay. But when the big Saturday weekend came — and it started to rain — demand spiked. “On cue, the apps failed,” wrote TechCrunch, in a piece headlined “Austin is fine without Uber and Lyft … until it isn’t.” They acknowledged that things “seem to be working fine” come Sunday, but added that Austin “definitely missed its chance to prove that cities are ready to function without Uber or Lyft.” Ride Austin ended up offline for almost five hours, according to Recode, while Fasten “didn’t work for many of its users for an hour during one of the busiest parts of the evening.”

But to its credit, Ride Austin shared its whole story with the world. The organization’s admin tried rebooting their cloud-hosted database. (“Yes — even in Amazon — sometimes a reboot is the right answer …”) And they immediately apologized, admitting they’d let down the city, as well as their drivers and their customers, and “The best we can do in these situations is to communicate with the community and to be as open as we always are.”

But Ride Austin points out that it still delivered 15,000 rides on Saturday — part of a massive wave of 45,000 rides it had given since the start of SXSW. It admitted that service became “sporadic” on Saturday night due to “a previously undiscovered database issue,” but a Facebook post Saturday said the service is better than ever now, and they believe the issue is “fully solved and will not occur again.” It believed the unexpected spike was caused by the failure of another ride-sharing app. Recode confirmed that Fasten was “down for a little bit less than an hour” on Saturday night, while Fare “worked for some, but not others.”

And Barron’s Next reported that Fare largely withstood the rain: “In the end, service glitches during high-volume periods should be fixable. “We left Austin impressed that there are still suitable alternatives to Uber and Lyft.”

To put all this in perspective, even before this weekend locals were warning about how Austin’s weather inevitably leads to a transportation crunch — even if you’re just trying to hail a taxi. “If it’s raining, cabs can literally take hours,” one SXSW regular had warned Ad Age earlier in the week.

This Thursday Barron’s Next concluded Uber and Lyft “weren’t really missed” during their visit to Austin. “We had better experiences during our rides there than we’ve had with Uber and Lyft in New York.”

Are pedicabs the new @Uber of #ATX? #sxsw2017 pic.twitter.com/eSlPuGr7cS

Also helping was a thriving pedicab industry, which took care of a lot of the downtown traffic.

“Some of my favorite SXSW memories have taken place on the back of a pedicab,” Twitter’s director of marketing told Ad Age. “Two years ago, I was riding in one pedaled by a hilarious guy in a pink unitard, and the following week I was watching him roll onto the stage at Jimmy Kimmel Live.”

Ironically, the city might even soon abolish the fingerprint requirement — but Ride Austin believes they now could survive the competition, thanks to loyal drivers and loyal customers. One official from Austin’s transportation agency tells CNN that after Uber and Lyft left town, other businesses were ready to step in.

“We found there was an eagerness. They really wanted to succeed.” And while the mayor is willing for those companies to return, they’ve also proven they’ll survive without them. “What happened in Austin is what you would expect to happen when a monopoly or a duopoly leaves town and creates an open market. You have competition and innovation.”

SXSW’s director of programming explained his view to Marketplace. “Would it be good for our event if Uber and Lyft were back in town? Yes … But Austin is Austin. We do things in many different ways. That’s part of the charm, the quirky charm of the city, so we’ll see how it plays out.” 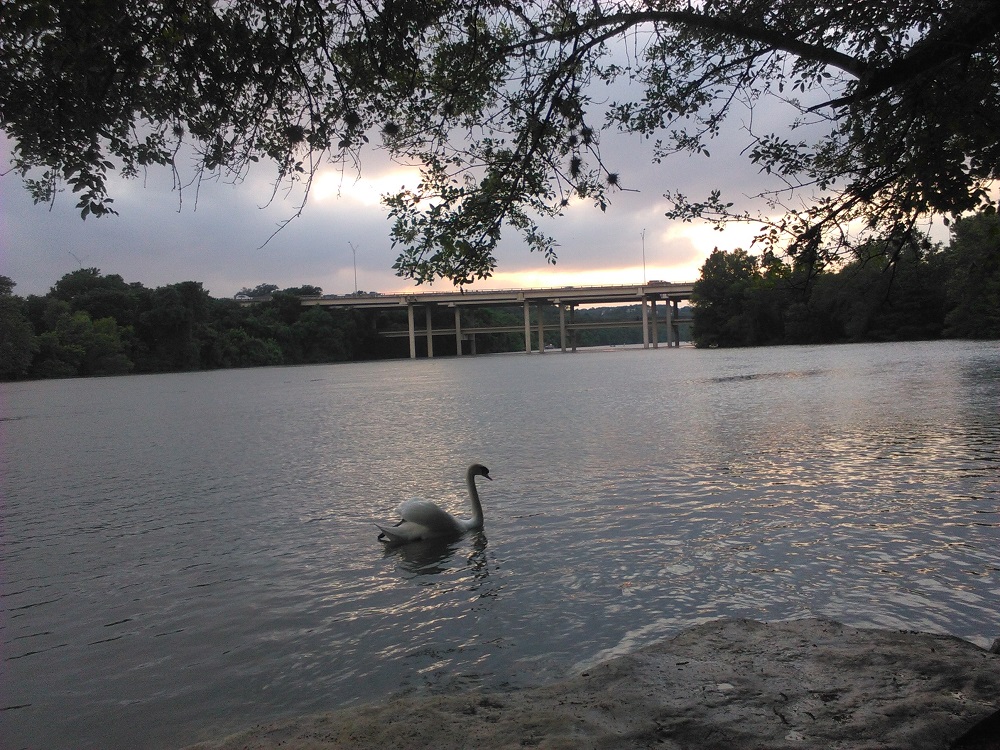