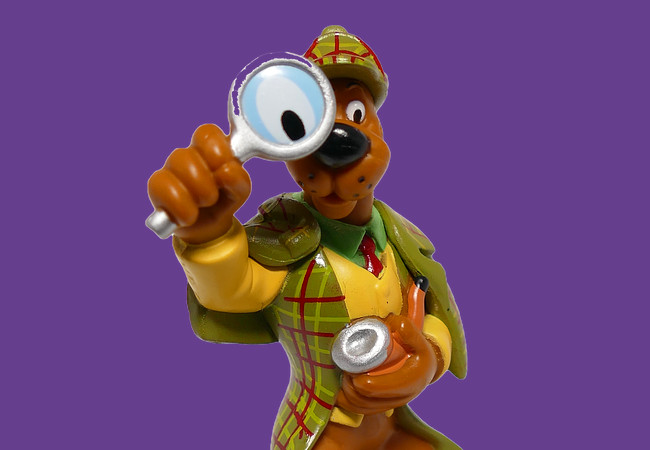 Dee Emm Elms is a new hero for many people on Twitter. Last week she told a story from the days when she worked in a warehouse consolidating orders for a sales team — and remembered an extraordinary moment when she ran up against crooked salespeople simply to get at the truth.

The story is all the more inspiring because of its leading character. The Oregon-based 40-something describes herself on Twitter as resembling Velma from the Scooby Doo cartoon series. And in a touching personal essay on her blog, she remembers also drawing inspiration as a child from the Scooby-Doo character Daphne, “a seeker of truth and justice… Daphne taught me to be inquisitive and not to fear the phantoms that are really just people.”

Her story of sleuthing could almost be a Scooby Doo episode for the internet-era, complete with intriguing clues and scary monsters who turn out to be nothing more than doofuses in the end.

The blog is called “Four-Color Princesses,” describing women in fiction who inspired Elms, and in one entry she also shares with her audience that she has Asperger’s Syndrome, “a so-called ‘high-functioning’ neuro-type along what’s referred to as the autistic spectrum.”

“One of the traits of many people with Asperger’s Syndrome is that they’re very honest in our dealings with other people in the world around us,” she noted.

Though she’s recently published a horror novel, in her story on Twitter this Velma look-alike has run into an unsolved mystery of her own. A special “business team” at the company where she worked was in charge of generating some suspicious leads for the regular salespeople.

Part of Elms’ job was to make sure all the orders were shipped — and of course, she’d wanted to get all the information correct.

She jokes, “anyone autistic probably knows where this story is going already…”

It seems like a crucial component in a business operation — and yet somehow, it had never happened.

And the amount of flim-flam in the reports was staggering…

Needless to say, Elms’ research did not go over well with the special business team.

There was even a certain amount of inter-departmental espionage.

This a condensed version of Elms’ story, but before the big hunt for clues was over, two “business team” members had even tried to throw a punch at our steadfast hero in the break room. But fortunately, justice prevailed in the end.

My favorite part of the story is the “Business Team” member who insisted that that’s just the way that the real world works.

So the business team member buttresses his argument with — of all the things — a book by the founder of Farrell’s Ice Cream parlors. 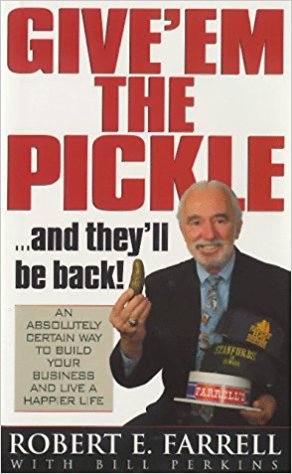 This proved to be an unconvincing argument.

And one fateful Monday, our hero returned to work only after the entire “Business Team” had been fired. That one angry salesman was still there — leading to one truly epic comeback.

In the end, the story was a grand metaphor — for why Elms believes that Twitter has a problem dealing with abusive bots. “To me, this is precisely what needs to be done to every single bigot on Twitter.”

But it was the story of Elms’ workplace heroics that drew the biggest kudos on Twitters. Soon there were dozens and dozens of replies thanking Elms for sharing the story. One sysadmin called it an “Epic, epic thread on pragmatically demolishing unified, organized packs of liars with a relentless appeal to reality.” And one IT manager marveled at the way Elms had typed out the entire story across a series of tweets — each one replying to the previous one — stitching together dozens of 140-character bursts into a compelling narrative. “Congratulations on a) beating the bullies and b) getting to the end of your story without Twitter ruining the threading! :)”

Ultimately one reader condensed all of the tweets into a single page on Storify.com. And all the replies together formed a collective wave of approval for honest and hard-working number cruncher who stood their ground and fought for the truth — even when outnumbered — just like any good Saturday morning cartoon hero would’ve done.

And the thread ends with our real-life hero getting some much-deserved appreciation — and responding in kind.