The Thoth Python cloud resolver is a community project sponsored by Red Hat. The resolver is available to the community, so anyone can use it.
Jun 7th, 2022 10:00am by Fridolín Pokorný and Andy Oram 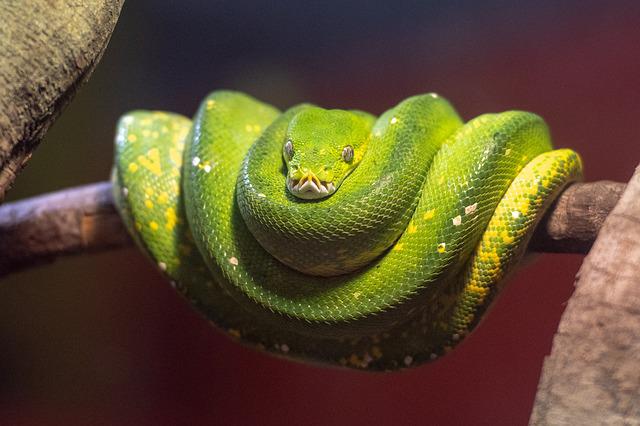 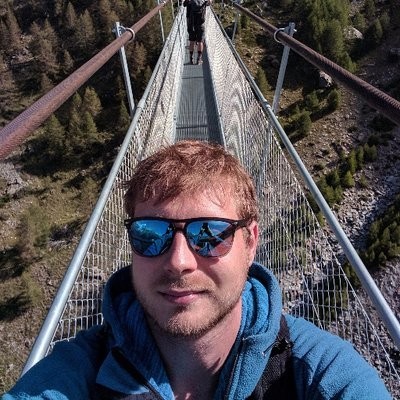 Fridolín Pokorný
Fridolín is a passionate Pythonista. He works at Red Hat on scalable platforms and machine learning applications in Red Hat’s office of the CTO. Nature lover.

The power behind open source allows communities to create and share sophisticated software libraries and packages worldwide. With this great power comes the great responsibility of making sure the packages are kept in a healthy state, which often requires domain knowledge and expertise.

In this article, we will look at efforts to accumulate such knowledge centrally and apply it during program builds. The approach is best represented by the open source Python cloud resolver called Thoth, a project on which co-author Fridolín is a developer and committer. Thoth’s resolution engine takes advantages of several resources in the Python ecosystem and guides consumers of open source Python software in building applications with secure, high-performing and compatible dependencies.

A classic xkcd comic, #2347, brings home just how crucial each application dependency is. The history of open source software, unfortunately, provides plenty of examples of the dangers caused by insufficient testing and vetting, including a bug in JavaScript’s npm and the recent Log4j issue. To protect open source developers and users, computer companies are talking about collecting knowledge about open source software and the communities that produce this software.

In this article, we’ll step through typical Python builds and see how tools can automate the process of checking for robust versions of dependencies. 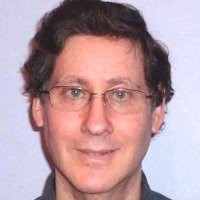 Andy Oram
Andy Oram writes and edits works about many aspects of computing, ranging in size from blog postings to full-length books. For many years, Andy worked as an editor at O’Reilly & Associates. His topics there covered a wide range of computer technologies.

Most Python developers are familiar with the Python Package Index (PyPI). PyPI is the main place to get open source Python packages. The tool used most often for installing Python dependencies, pip, resolves application dependencies and installs them in the desired environment. Let’s take a look at this resolution process.

The first task in resolution is to make a list of the packages imported by the application and to determine which dependencies they have. Packages are discovered in a cascading fashion because each package may require other packages that are called transitive dependencies.

Next, the resolver must determine which version of each package to install. Many Python developers are content with letting pip install the most recent stable version of each package, which is the default behavior. But there are many reasons to override this choice of the latest version. The developer might specify a particular version, or a range of acceptable versions, because something about the latest version is incompatible with the application.

Pip is also intelligent enough to determine that some packages need particular versions of dependencies in order to be stable. Sometimes pip even backtracks after checking a dependency and switches versions of a package that depends on it. Although this sophisticated resolution process can help a developer by automatically figuring out which dependencies work together, it can sometimes cause undesired downloads.

Other open source tools, such as Pipenv, Poetry, and pip-tools, can also manage a lock file, which stores a list of the versions of all dependencies needed in an application. By creating a lock file, a developer can ensure a reproducible installation, which is valuable for preventing unpleasant surprises when you’re rebuilding an application frequently in a DevOps environment.

Hardware and other requirements can also affect resolution. Project Thoth began largely to meet the specialized requirements of machine learning programs, which can call for GPUs. When resolving such popular libraries as PyTorch and TensorFlow, the resolver should consider the available CUDA, cuDNN or CPU instruction set.

If the target environment is not isolated, developers should also consider the security of dependencies. As of the writing of this article, open source TensorFlow has 299 reported vulnerabilities in releases hosted on PyPI (see Figure 1). When installing TensorFlow as a direct dependency of an application, if the quality of any dependency (either direct or transitive) is weak, an application can be vulnerable or can misbehave. In the worst case, a dependency can go missing entirely from publicly available sources.

To avoid unnecessary downloads, dependency information could be extracted from individual packages and exposed directly on PyPI. Recent efforts to expose static wheel metadata on API endpoints of Warehouse support this feature.

Another possible solution is to monitor new package releases and extract dependency information out of wheels or even source distributions. If the extracted information is stored in a queryable form for desired environments, a resolver can use preaggregated dependency data to resolve application requirements for target environments. This resolver does not need to run on client machines if clients send information about the runtime environment used.

The time saved during the resolution process can be invested to find a resolved set of software packages that meet desired quality criteria. In this case, the resolution process can come up with dependencies that are not the latest possible versions based on the dependency graph (as in the case of pip), but versions that are not prone to known vulnerabilities, that perform well in the target environment, and that consist of well-tested, stable library combinations.

advisory-db, maintained by the Python Packaging Authority, provides information about vulnerabilities in open source software. The information is available as YAML files and can be easily consumed by machines. An example of a tool exploiting this database is pip-audit, which audits packages present in the environment.

Using Information about Dependencies in the Resolution Process

The advisory-db can also be a valuable source of security information that can be directly plugged into the resolution process. In that case, the resolver can immediately resolve application dependencies that are not prone to known vulnerabilities.

To create a pluggable interface to the resolution process, actions are scored based on a resolution pipeline. This pipeline is made out of multiple units that score action to be taken and can additionally adjust the resolution process. These adjustments can include fixing underpinning or overpinning issues, where the developer has been too lax or too strict in requiring specific versions, respectively.

Here is an example list of prescriptions to give a sense of the kinds of knowledge encoded in this open database:

Thoth can additionally consider requirements for native dependencies (such as a specific RPM to be present in the runtime environment), Python packages already present in the environment or the availability of a certain ABI. As the content of the containerized environments is analyzed, the resolver can also spot possible issues or vulnerabilities in containerized environments outside of the Python ecosystem (e.g., vulnerabilities in RPM packages reported thanks to Quay Clair).

Information about the base container image is optional. If no base container image is provided, the resolver considers only information about the runtime environment supplied from the client’s configuration file. This resolution is similar to pip, Pipenv or Poetry, but it also guides users with respect to the quality of application dependencies resolved.

To correctly combine different sources of Python package indexes, Thoth’s resolution process considers each package index as a separate source of packages. Python packaging tools, such as pip, treat multiple package indexes like mirrors and do not allow the developer to specify sources on package level. To avoid this limitation, developers can specify requirements on a package using hashes of artifacts, but this solution is unintuitive and error-prone. Treating multiple Python package indexes as mirrors opens the possibility for dependency confusion, which could create serious problems in supply chain security.

If Python indexes host different builds outside of many Linux standards (such as CUDA 11.1 builds of PyTorch, mentioned earlier), the resolution process makes sure the desired source is used based on the software package aspects required, not solely based on the version numbers of available builds.

Using and Contributing to the Python Cloud Resolver

The Thoth Python cloud resolver is a community project sponsored by Red Hat. The resolver is available to the community, so anyone can use it.

The main integration points for interacting with the Thoth’s resolver are the Thamos command-line interface (CLI) and jupyterlab-requirements. The CLI manages the developer’s environment and contacts Thoth’s resolver from the terminal. On the other hand, jupyterlab-requirements is an extension for Jupyter Notebook that helps manage dependencies directly in notebooks.

Check out the tutorial on how to set up your environment and use the Thoth cloud resolver. The tutorial walks through some security aspects. An extended video tutorial takes you through some key features of the resolver with a demo.

If you would like to contribute to our community, feel free to add new prescriptions that can improve the quality of Python open source. The implementation of the Python cloud resolver is open source, and the Thoth team accepts community contributions. We hope that Python programmers everywhere will find Thoth’s resolver valuable.

SHARE THIS STORY
RELATED STORIES
Log4Shell Hacks On and On Aiven Adds Kafkawize for Data Governance of Kafka Fast and Furious: Doubling Down on SBOM Drift Build a Highly Productive Work-from-Anywhere Dev Team Kubernetes Compliance: Governance and Guardrails
Red Hat is a sponsor of The New Stack.
TNS owner Insight Partners is an investor in: Resolve.
SHARE THIS STORY
RELATED STORIES
5 Factors to Weigh When Building Authorization Architecture How DoorDash Governs Its Infrastructure with Open Policy Agent FinOps: The Why, What and How Authorization in the Context of SOC 2 and Other Certifications How to Create a Software Bill of Materials
THE NEW STACK UPDATE A newsletter digest of the week’s most important stories & analyses.
The New stack does not sell your information or share it with unaffiliated third parties. By continuing, you agree to our Terms of Use and Privacy Policy.