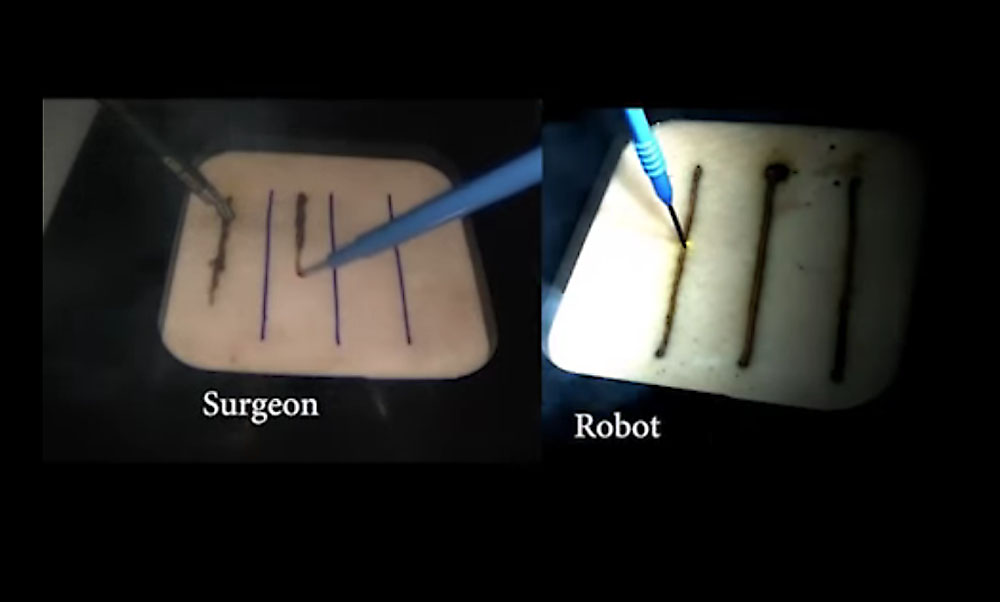 No matter where you look, it seems that automation is on the cusp of creeping into all kinds of industries today. Already we are familiar with industrial robots replacing humans on the factory floor, or self-driving vehicles making their cautious debut on some roads. But we are less familiar with robots in fields such as medicine, where we are still inclined to trust the skill of a human doctor over that of a machine.

However, that bias may soon be on its way out, as a growing body of research is beginning to show that machines are often able to match or even surpass their level of skills to that of a human health care professional, whether that’s in disease diagnosis, or potentially performing surgical procedures more accurately than a human.

As the creators of the Smart Tissue Autonomous Robot (STAR) indicate in recent findings presented The 2017 IEEE/RSJ International Conference on Intelligent Robots and Systems (IROS 2017), their experiments showed that their robotic system can be actually more precise than expert human surgeons performing the same tasks. Take a look: 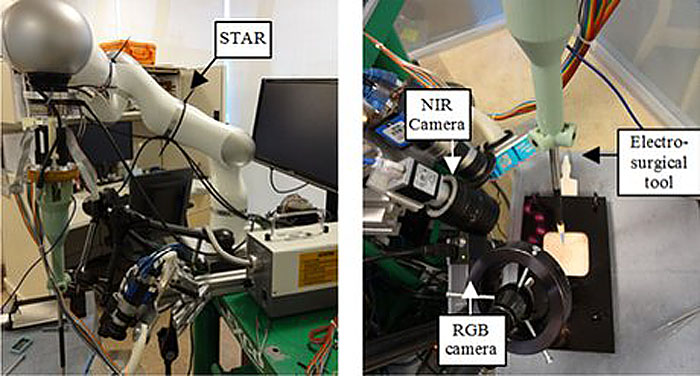 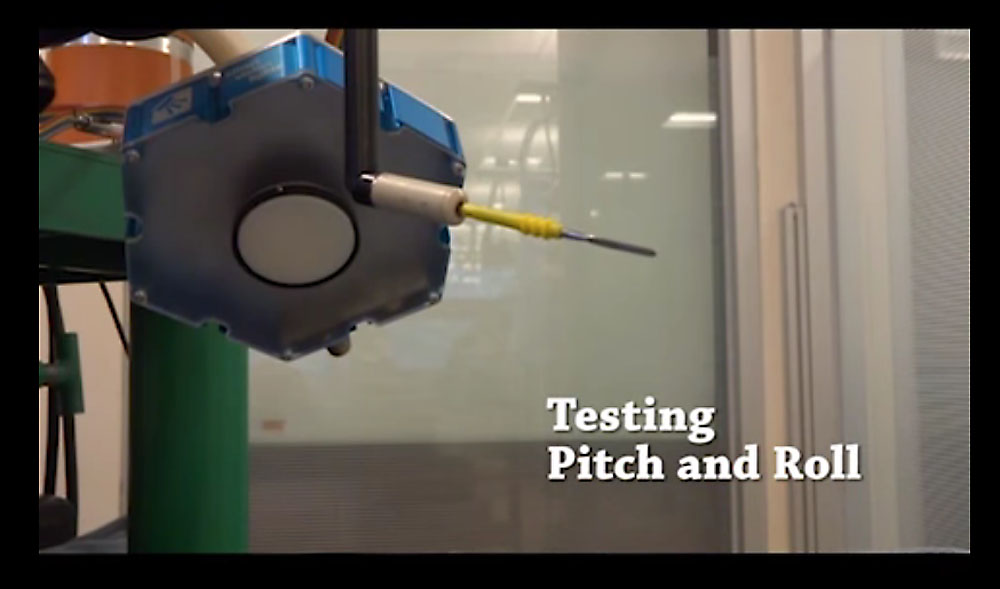 The study was conducted using three kinds of pig tissue, namely fat, muscle and skin. Using its advanced 3D imaging systems and its near-infrared (NIR) camera, STAR was able to demonstrate that it could make accurate incisions in all three types of tissue, using tiny infrared markers laid out on the tissue by the researchers for guidance. It’s harder than it seems, as these tissues aren’t consistent in texture and can, therefore, result in the electrosurgical cutting tool slipping and veering off-track.

STAR was able to perform the task on all three tissues well, thanks to its instruments, which are equipped with sensors that can precisely gauge the force needed to consistently cut into different types of surfaces, constantly adjusting for variables like movement and texture. 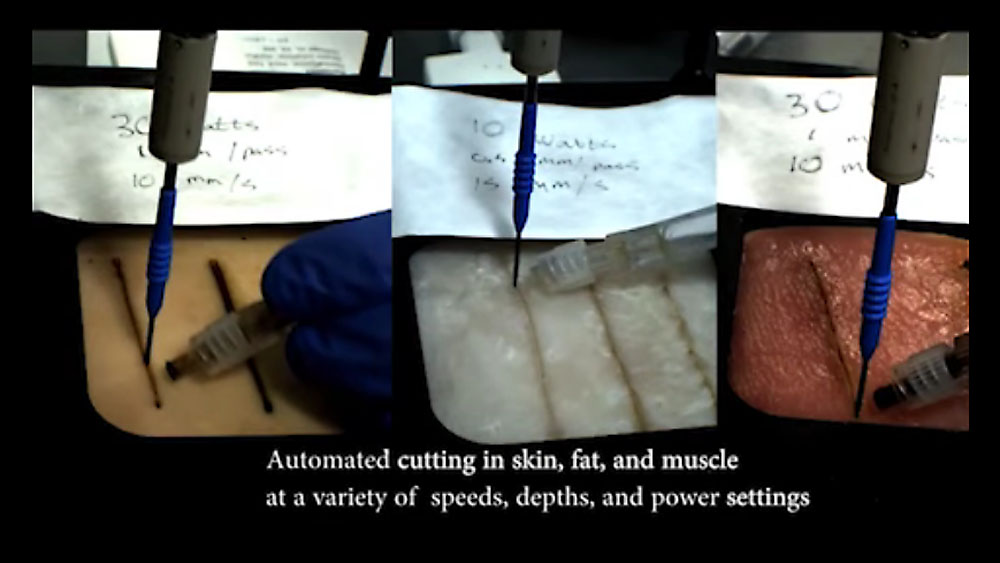 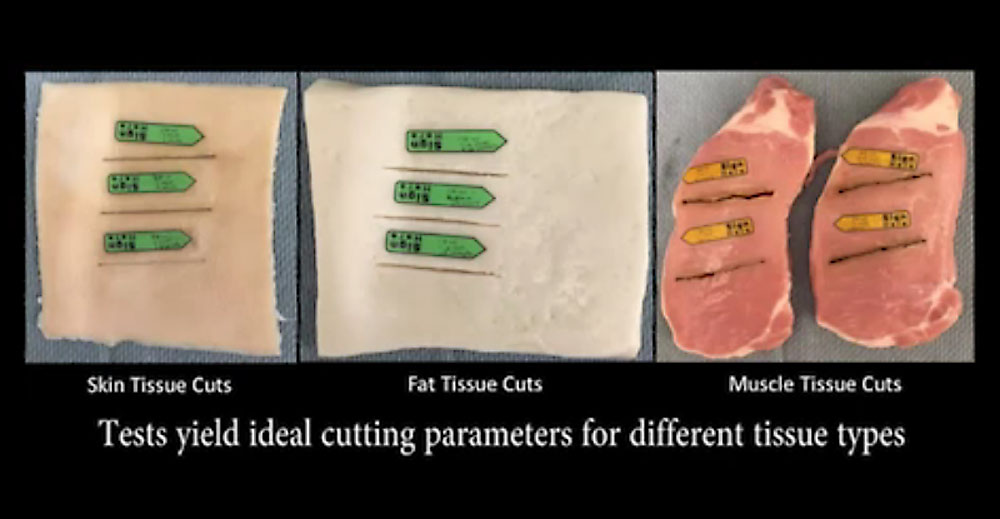 STAR was then pitted against human surgeons to undertake the same cutting task, this time on pigskin. The first exercise involved cutting a straight line measuring five centimeters. Some of the surgeons used different surgical methods to achieve the same result (ie. open or laparoscopic surgery), but on the whole, the robot’s incisions were closer to the desired length, deviated less from the ideal cut line and had less damaged flesh around the cut. 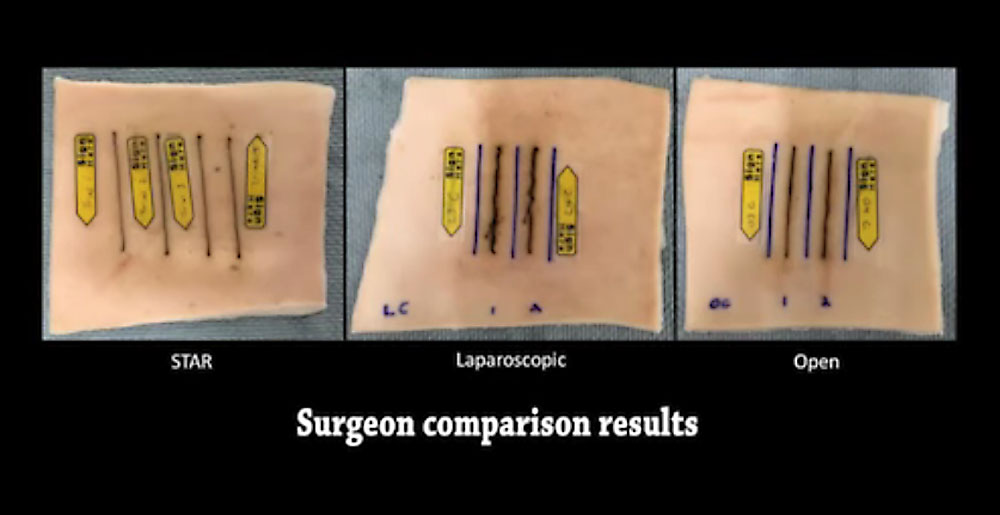 The next segment of the experiment involved STAR removing an imitation tumor — created with clay — out of a section of pig fat. The area was once again delineated with markers that are visible to the robot’s near-infrared camera, but to make the task more difficult, a thin piece of skin was layered on top in an attempt to confound the robot’s visual tracking system. Nevertheless, the robot was able to make the cuts with impressive accuracy, well within the four-millimeter margin around the tumor, as set by the researchers. 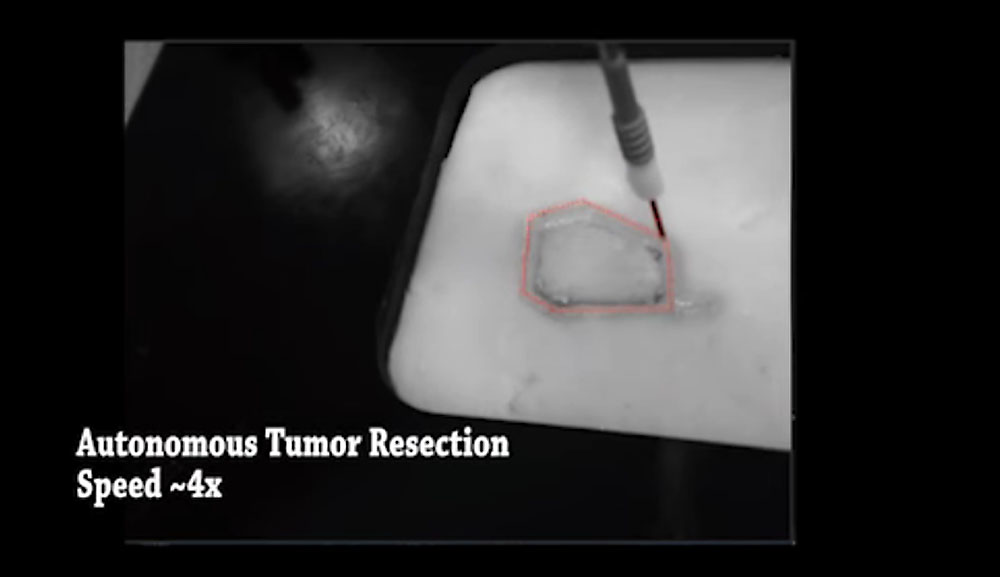 “I really believe that this is the future of surgery,” as study co-author and University of Maryland assistant professor of mechanical engineering Axel Krieger told IEEE Spectrum. “I believe this will come about first for small sub-functions of surgery and get more and more complex, similarly to autonomous cars, where small features such as brake-assist slowly morphed into more and more autonomy. I absolutely would trust a robot like that for my surgery, once it is fully developed and validated.”

The team is now working to train the STAR system to excise more complicated tumors, such as those with more three-dimensional complexity to them.

The precision of STAR would be beneficial in improving post-surgical outcomes, as less error-prone cuts that are made with fewer errors translates to shorter recovery times for patients, and would prevent cancerous tumors from reestablishing themselves.

Even if robotic surgeons don’t completely replace their human counterparts, robot-assisted surgeries would nevertheless be good for human doctors too, as they help to alleviate some of the physical strains that hours of performing these delicate procedures might bring upon a human surgeon. These include eye strain, hand, neck, back and leg problems, and carpal tunnel syndrome — all of which can cause a surgeon to make mistakes or take on retirement much sooner.

These problems of physical strain are even more pronounced when it comes to doing minimally invasive procedures such as those found in laparoscopic surgery, where tiny incisions must be made and surgical procedures are done with the help of small video cameras and instruments that are inserted into the patient’s body. Since they are often looking at a video screen for these procedures, human surgeons do not have that direct “hands-on” experience that would be helpful during the operation. For a robot, this would be less of an issue, meaning that it’s quite likely we’ll be seeing more autonomous machines in our operating rooms in the future.