At the re:Invent conference in December 2018, Amazon has launched AWS App Mesh, a managed service mesh platform for ECS, EKS, and Fargate. AWS App Mesh makes it easy to manage and monitor microservices.
Jan 25th, 2019 3:00am by Janakiram MSV 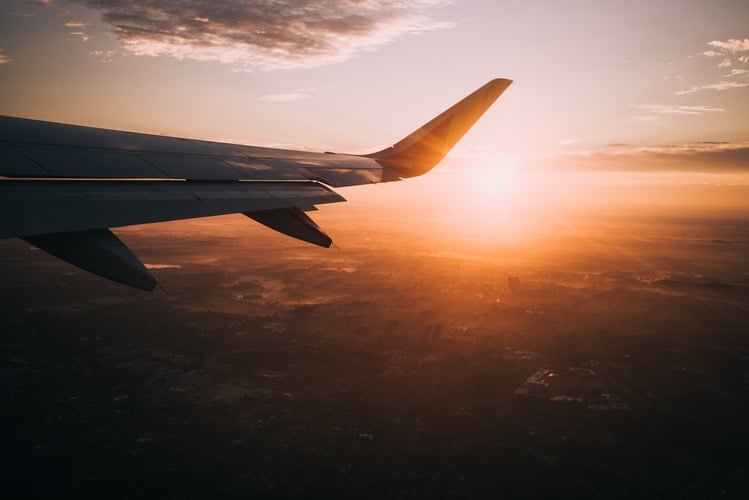 The service mesh technology has become a key component of the microservices architecture. Open source projects such as Envoy, Istio, Linkerd, and Consul that contribute to the service mesh platforms have gained importance in the recent past. Having solved the container orchestration problem through Kubernetes, the cloud native ecosystem is now putting the efforts on efficiency and resiliency of microservices delivered by the service mesh.

What Is AWS App Mesh?

AWS App Mesh makes it easy to manage and monitor microservices. After the services are deployed in AWS services such as EC2, ECS, EKS, or Fargate, App Mesh will let you take control of the communication and network traffic targeting the microservices. Apart from this, App Mesh delivers superior observability through logging, tracing, and monitoring of microservices.

App Mesh has two core components — control plane and data plane. Data plane is deployed within the application while the control plane is hidden from the users which is managed by Amazon. 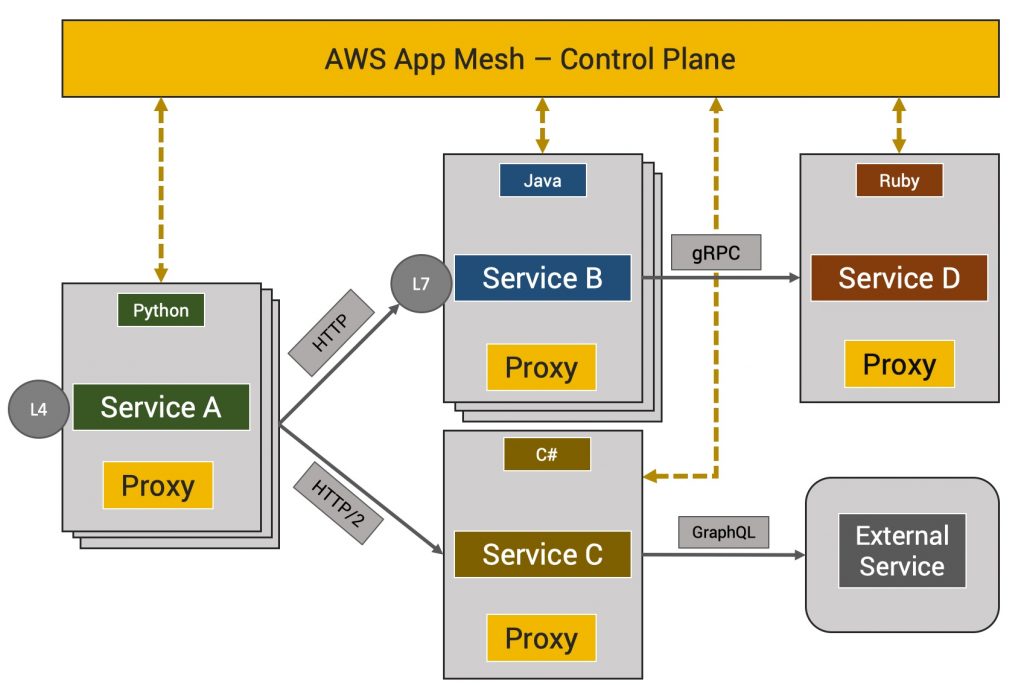 To integrate microservices with App Mesh, DevOps teams need to include additional containers in the deployment artifact. The service relies on Envoy proxy and an App Mesh-specific routing agent packaged and deployed along with a microservice through the sidecar pattern. These additional containers intercept the traffic and control it based on the policies applied by the App Mesh control plane.

App Mesh control plane, like any other AWS managed service, is exposed through CLI, SDK, and the web-based console. Traffic and routing policies sent to the control plane are used to govern the ingress and egress of participating microservices. 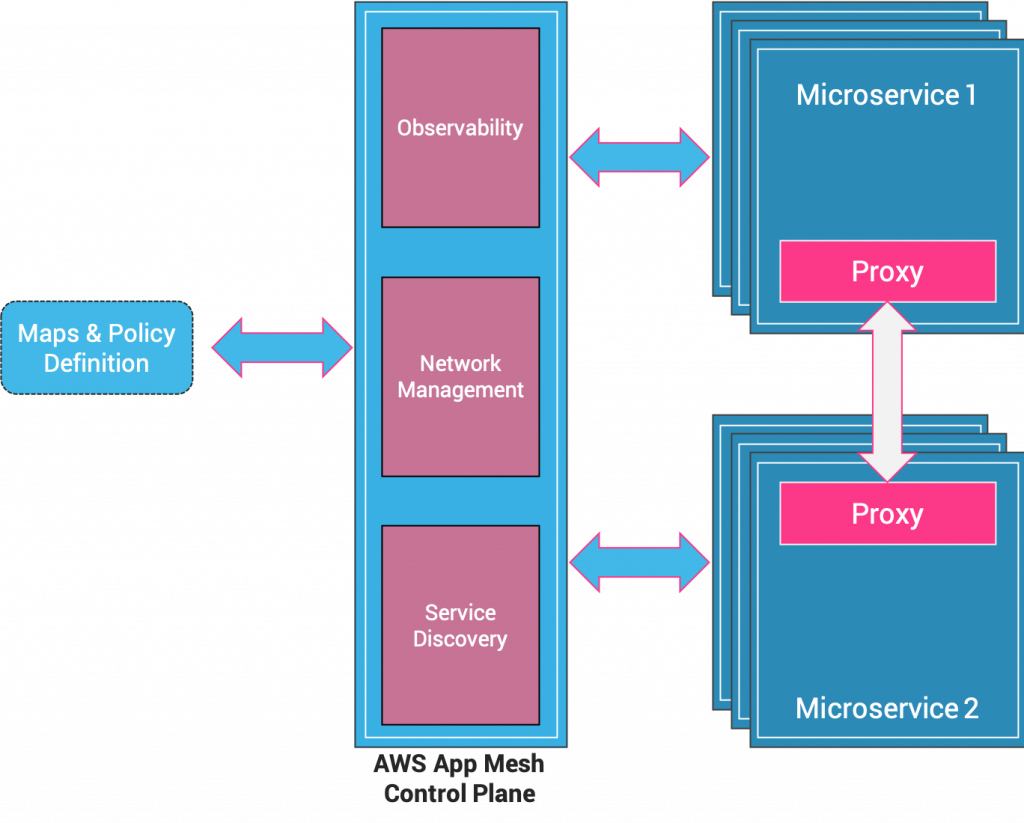 For example, to integrate a Kubernetes application running in EKS with App Mesh, you have to follow three steps:

1) Include Envoy and App Mesh router containers in the deployment definition,
2) Map each deployment to an App Mesh node, and define network routing policies for each node,
3) Submit the map and policies to App Mesh control plane to change the communication flow.

Since the sidecar containers watch the service closely, they can ingest detailed telemetry into the control plane. This telemetry data can then be used to analyze not just the traffic flow but even the health of each service. This information becomes a goldmine to assess the overall performance of an application.

AWS App Mesh service is currently in public preview with the availability limited to a few regions. On general availability, all the features and integrations are expected to become available.

Since App Mesh can be used with a variety of compute services of AWS, it follows a taxonomy of its own, which is different from Kubernetes or ECS terminology. Let’s take a closer look at the building blocks. 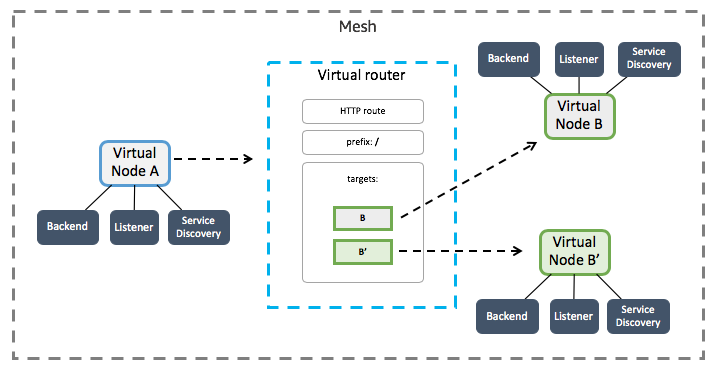 The first step to defining an App Mesh is to create an instance of the mesh that acts as the logical boundary for all microservices belonging to an application. The next step is identifying the virtual nodes.

The virtual node definition contains the declaration of backends — a list of service endpoints it may call — along with the hostname used for service discovery, and allowed ports for ingress. It essentially contains the DNS name, ingress, and egress definitions, which will allow the control plane to filter the traffic appropriately. 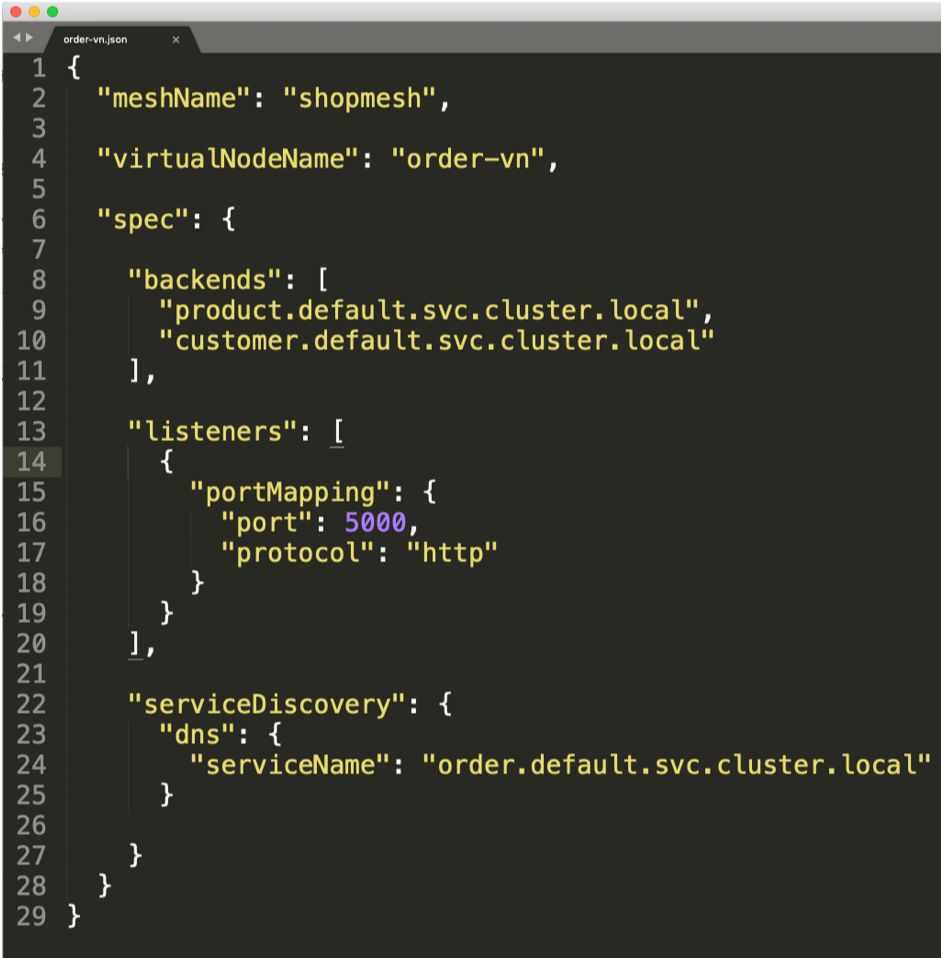 The above JSON defines a virtual node with the name order-vn in the mesh called shopmesh. It calls two services — product and customer — that are listed as backends. The virtual node is exposed via the endpoint order.default.svc.cluster.local, which is a ClusterIP service in Kubernetes. The backends are also Kubernetes ClusterIP services exposing deployments product and customer.

The Kubernetes deployment definition for order service is altered to include sidecar containers required by App Mesh. It also has the reference to the corresponding mesh (shopmesh) and the virtual node (order-vn). 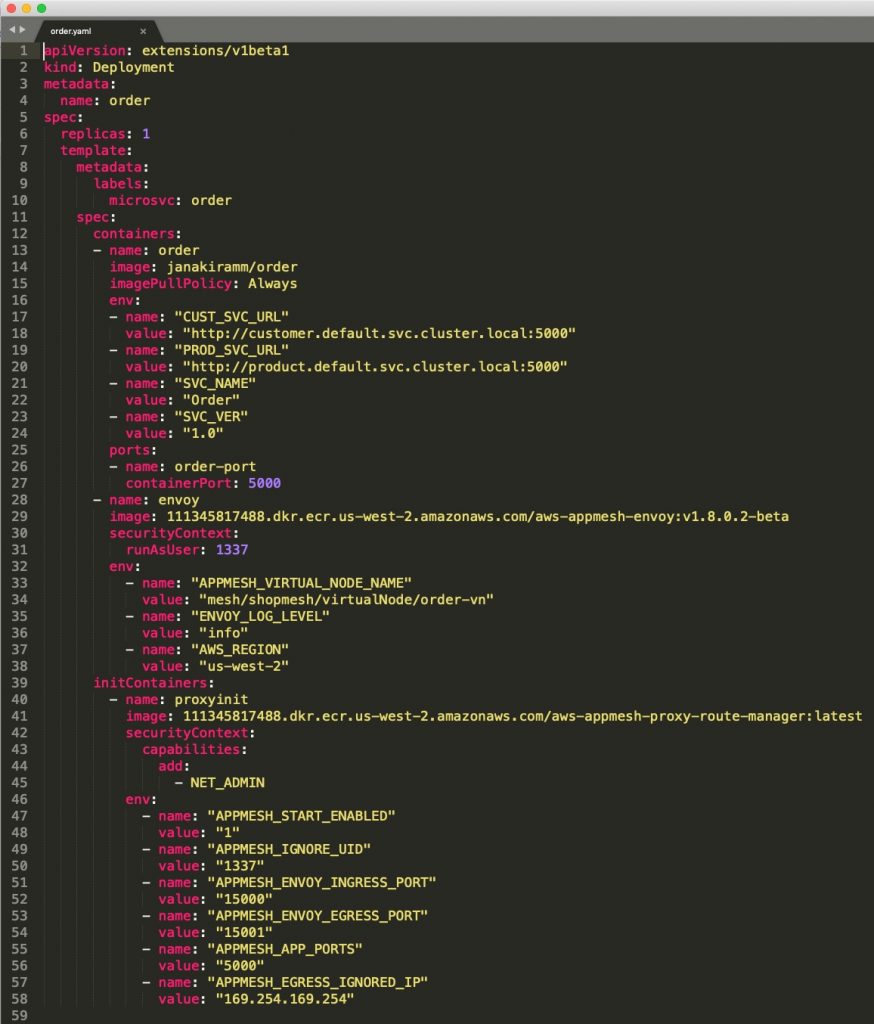 A virtual node may contain a virtual router to control the inbound traffic. Each service endpoint available within the mesh needs to be wrapped inside the virtual router. In most cases, it is the same as the DNS name registered for the virtual node. In some scenarios, this may be an internal load balancer routing the traffic to private subnets within a VPC. 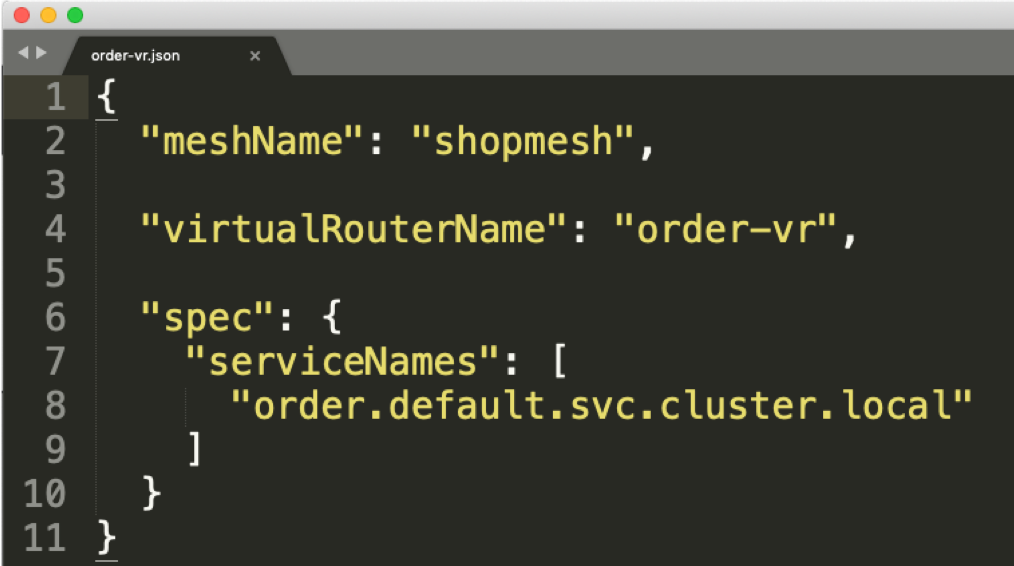 The virtual router defined above is bound to the order service. It is the same as the DNS pointer to the order-vn virtual node.

When we want to route 75 percent of the traffic to V1 but only 25 percent traffic to V2, we define the rule shown below. It’s important to note that product-v2-vn is a virtual node pointing to the service endpoint of V2. 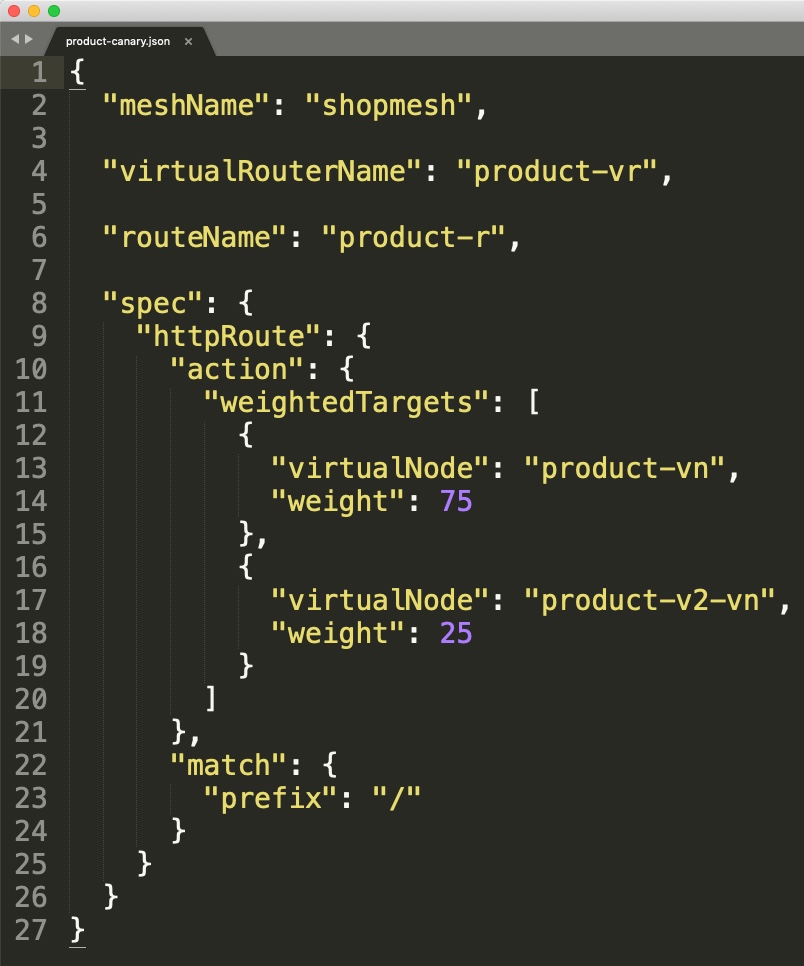 The entities of App Mesh — virtual nodes, virtual routers, and routers — are declared in JSON which is submitted to the control plane via the CLI.

Use Cases of AWS App Mesh

There are three key scenarios addressed by App Mesh:

In the upcoming article, I will walk you through a step-by-step process for canary deployments of microservices running in Kubernetes through AWS App Mesh. Stay tuned.

SHARE THIS STORY
RELATED STORIES
PLG Will Eliminate the Subscription-Based Software Model It Happened to Me: How I Suddenly Owed AWS $13,000... Coherence Strives to Streamline Cloud Developer Experience It Doesn’t Matter How Much You Spend on AWS Why Trust and Autonomy Matter for Cloud Optimization
SHARE THIS STORY
RELATED STORIES
AWS Re:Invent Left Attendees with More Questions Why Trust and Autonomy Matter for Cloud Optimization Install Minikube on Ubuntu Linux for Easy Kubernetes Development How Jit Builds a Platform Engineering Mindset in the Cloud Wix Tackles Application-Level Security with Custom Detector
THE NEW STACK UPDATE A newsletter digest of the week’s most important stories & analyses.
The New stack does not sell your information or share it with unaffiliated third parties. By continuing, you agree to our Terms of Use and Privacy Policy.