AWS’ Bottlerocket and the Age of the Linux Cloud Distributions 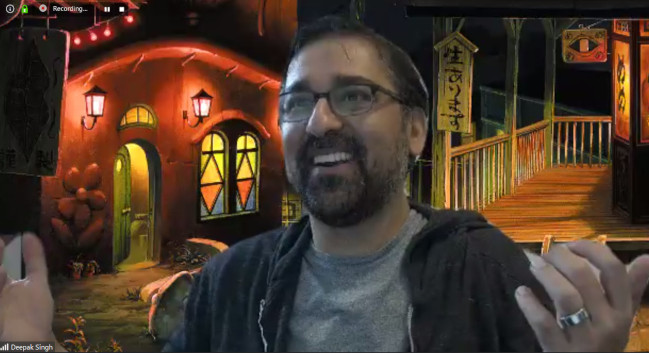 Welcome to The New Stack Context, a podcast where we discuss the latest news and perspectives in the world of cloud native computing. For this week’s episode, we spoke with Deepak Singh, Amazon Web Services’ vice president for containers and open source, and Peder Ulander, AWS general manager for open source, about the company’s recently released Bottlerocket Linux distribution for the cloud.

Episode 116: AWS Bottlerocket and the Age of the Linux Cloud Distributions

Earlier this year, Amazon Web Services introduced Bottlerocket, a Linux distribution built specifically for cloud use (and tailored even more for EKS). AWS is not the first company to do this — A few years back, CoreOS followed a similar strategy as did Red Hat with its Project Atomic. Red Hat bought CoreOS and rolled it into OpenShift, and the CoreOS project also lives on as the independent Flatcar Linux project. So clearly the idea of a distribution assembled specifically for the cloud is getting some traction. So, we spoke with the AWS folks to find out how they built Bottlerocket and what role it plays within the AWS cloud.

Building Bottlerocket, the AWS team “learned a lot about the operational model, and especially how our customers were managing their fleets. So that played a lot of insight into what Botterocket was doing,” Singh said.

Then, later in the show, we discuss other intriguing podcasts and news posts from the site. These include a frank discussion with Drupal creator Dries Buytaert on why this is the perfect time to launch a startup. We learn about a new project to simplify operators, D2IQ’s Kubernetes Universal Declarative Operator (KUDO). We get a lesson in game theory, and why system security is more like poker than chess. And speaking of games, we delve into Sysdig’s new Cards Against Containers.

Joab Jackson is Editor-in-Chief for The New Stack, assuring that the TNS website gets a fresh batch of cloud native news, tutorials and perspectives each day. He has logged over 25 years in infrastructure IT journalism, including stints at IDG,...
Read more from Joab Jackson
SHARE THIS STORY
RELATED STORIES
Qlik Plans to Acquire Talend. Is it a Data Management Double-Dip? Microsoft Makes Azure Load Testing Generally Available When Losing $10,000 to Cryptojacking Is a Good Investment It Happened to Me: How I Suddenly Owed AWS $13,000... AWS Code Catalyst: A 'Low-Code' Approach for the Dev Lifecycle
TNS owner Insight Partners is an investor in: The New Stack, Sysdig.
SHARE THIS STORY
RELATED STORIES
AWS Inf2: A 12-Chip System for Large-Scale ML Production Build a Churn Detection Train with AI Blueprints How Jit Builds a Platform Engineering Mindset in the Cloud Data, Analytics and AI: What Will Happen in 2023 Why a Twitter Founding Engineer Is Now All-in on Mastodon
THE NEW STACK UPDATE A newsletter digest of the week’s most important stories & analyses.
The New stack does not sell your information or share it with unaffiliated third parties. By continuing, you agree to our Terms of Use and Privacy Policy.