Cloud giant Amazon Web Services has launched an open-source framework, cdk8s, that provides developers with a way to define and manage Kubernetes-controlled applications and resources, using familiar programming languages, rather than the current default, YAML.
May 20th, 2020 10:32am by Joab Jackson 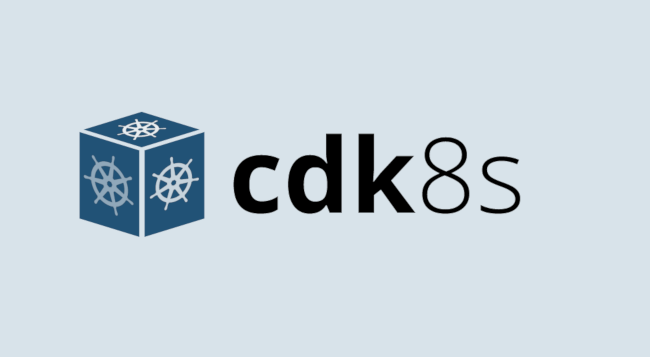 Feature image by Siora Photography on Unsplash.
TNS Annual Reader Survey
We need your input! Take 5 minutes to chime in and help guide our coverage.
Begin the survey

Cloud giant Amazon Web Services has launched an open-source framework, cdk8s, that provides developers with a way to define and manage Kubernetes-controlled applications and resources, using familiar programming languages, rather than the current default, YAML.

TypeScript, JavaScript, Python, Java and .NET, are currently to be supported with more coming in the future. It can work with any upstream version of Kubernetes.

The Kubernetes open source container orchestrator relies on YAML configuration files to maintain the application state. A running copy of Kubernetes continuously compares the current running deployment with what’s on the YAML file and then returns the application to the state specified in its YAML file if the two are not in sync.

“We think YAML is awesome. We use YAML everywhere,” Taber said of AWS. A declarative language, YAML is easy for admins to read and to use.

That said, YAML does have some limitations, especially for developers who may not be as familiar with YAML or declarative languages in general.

One potential challenge is that it is very static. This can be advantageous for basic setups, such as for a simple web application. As Kubernetes applications grow more robust, however, their corresponding collection of YAML files growing harder to manage. Many organizations have resorted to copying and pasting across multiple deployments — not a scalable solution, Taber said.

As Kubernetes use grows, however, and the chore of managing the apps and clusters moves from operations teams to development teams, managing the sprawl is not very intuitive. A lot of boilerplate is used, which then can lead to issues when it is not fully understood. “Once you’ve copied or forked configurations there’s not really an established model for distributing the changes made by the source to fix bugs, or do security patching or migrate applications to new versions,”

In contrast, cdk8s allows developers to capture commonly-deployed configuration settings in a code library, which can be shared with others, and provides a foundation for building best practices and even GitOps-styled programmable infrastructure operations. In a GitOps setup, for instance, both the application and the configuration can be written in the same language, with the same toolsets and CI/CD pipeline.

The project stemmed from AWS’ work in building an internal cloud resource provisioning engine, Ben-Israel said. The idea is the same, to provide a way to define infrastructure or systems through object-oriented programming, which can be a very powerful tool for modeling systems.

Accessible through a minimal command-line interface (cli), cdk8s offers all the Kubernetes objects as strongly-typed classes. The developers define the different resources, such as containers, and their properties, such as accessible ports. Custom resource definitions (CRDs), such as operators for software such as Jenkins or databases, can also be imported.

Easing the process further, the developer can use a favorite IDE, which can provide autocompletion and other helpful aids. The software then generates a YAML file from this info. These constructs, as they are called, can be shared as libraries across different developers. The multilanguage support comes from another AWS project, called jsii.

The cdk8s framework also can be built upon. For instance, cdk8s-debore is a cdk8s library to define the Kubernetes app with just a few lines of code, covering Kubernetes resources such as Deployment, Service, HorizontalPodAutoscaler, Ingress, and others.

Joab Jackson is Editor-in-Chief for The New Stack, assuring that the TNS website gets a fresh batch of cloud native news, tutorials and perspectives each day. He has logged over 25 years in infrastructure IT journalism, including stints at IDG,...
Read more from Joab Jackson
SHARE THIS STORY
RELATED STORIES
Docker versus Kubernetes: Start Here How Mirantis' Lens Autopilot Helped Choozle Scale Kubernetes OpenTelemetry Properly Explained and Demoed Red Hat Helps Make Kubernetes Security More Accessible The Quest for High-Quality Kubernetes Deployments
Amazon Web Services is a sponsor of The New Stack.
SHARE THIS STORY
RELATED STORIES
OpenTelemetry Properly Explained and Demoed Kubernetes and Amazon Web Services Is VMware’s Carvel Donation Just Another CNCF Sandbox? Citi Shows Continuous Secure Ingestion for Software Packages Devs and Ops: Can This Marriage Be Saved?
THE NEW STACK UPDATE A newsletter digest of the week’s most important stories & analyses.
The New stack does not sell your information or share it with unaffiliated third parties. By continuing, you agree to our Terms of Use and Privacy Policy.