Sensing the need to bring virtualization- based security rigor to and multi-tenancy serverless workloads, Amazon Web Services has released as open source a "micro-VM" ideally suite for serverless environments.
Nov 27th, 2018 11:54am by Joab Jackson 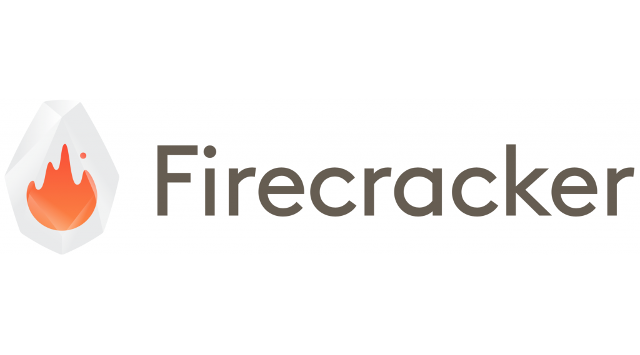 Many serverless workloads are event-driven, and often short-lived, and existing virtualization technologies don’t fit easily in this workflow. “We needed something that could give us the hardware virtualization-based security boundaries of virtual machines while maintaining the smaller package size and agility of containers and functions,” wrote  AWS’ Technical Evangelist Arun Gupta and AWS serverless product manager Linda Lian, in a blog post announcing the release.

The company announced the project at its AWS re:Invent user conference, being held this week in Las Vegas.

Built on the Linux Kernel-based Virtual Machine (KVM) and written in Rust, Firecracker provides a way to create micro Virtual Machines (microVMs) in traditionally non-virtualized environments. The MicroVMs are created in less than a second and offer the security and workload isolation offered by traditional VMs as well as the resource efficiency of containers, explained AWS Chief Evangelist Jeff Barr in a post describing the technology in further detail. Firecracker offers a simple guest model, static linking, and a process jail with access to a small, tightly controlled list of system calls.

.@awscloud uses #Firecracker to power #Lambda, where it replaced EC2 to host #serverless compute jobs. With a boot time of .125 microseconds, this runtime can fire up 150 Micro-VMs/sec — Holly Mesrobian #awsreinvent2018 pic.twitter.com/nZk80h2Byr

Firecracker currently runs on Intel processors, with support for AMD and ARM chips coming in 2019. It can easily run on bare-metal services, including AWS’ own .metal instances.  In his post, Barr offers a walk-through of how to run Firecracker on an n i3.metal instance. AWS itself uses Firecracker to run containerized workloads for customers of its Fargate service.

AWS has also introduced a prototype, based on containerd, that will allow the micro-VMs to be managed in container services such as the Docker runtime or Kubernetes.

Check here for all the latest #CloudNative news from ⚡️ “AWS Re:Invent 2018” (Updated through the week). #AWSreInvent #Serverless #Kubernetes #DevOpshttps://t.co/L2c9nNDDrn

Joab Jackson is Editor-in-Chief for The New Stack, assuring that the TNS website gets a fresh batch of cloud native news, tutorials and perspectives each day. He has logged over 25 years in infrastructure IT journalism, including stints at IDG,...
Read more from Joab Jackson
SHARE THIS STORY
RELATED STORIES
3 Principles for Building Secure Serverless Functions Hazelcast Aims to Democratize Real-Time Data with Serverless 3D Web Development: Going Through the Hoops with Croquet The Latest Milestones on WebAssembly's Road to Maturity Bit.io Offers Serverless Postgres to Make Data Sharing Easy
TNS owner Insight Partners is an investor in: The New Stack, Docker, Hightower.
SHARE THIS STORY
RELATED STORIES
This Week in Programming: Honeycomb's ARM Advantage Survey Finds Majority of Jamstack Community Testing Edge Why the Edge for Applications Is a Trend Heading into 2023 3D Web Development: Going Through the Hoops with Croquet Have Some CAKE: The New (Stateful) Serverless Stack
THE NEW STACK UPDATE A newsletter digest of the week’s most important stories & analyses.
The New stack does not sell your information or share it with unaffiliated third parties. By continuing, you agree to our Terms of Use and Privacy Policy.