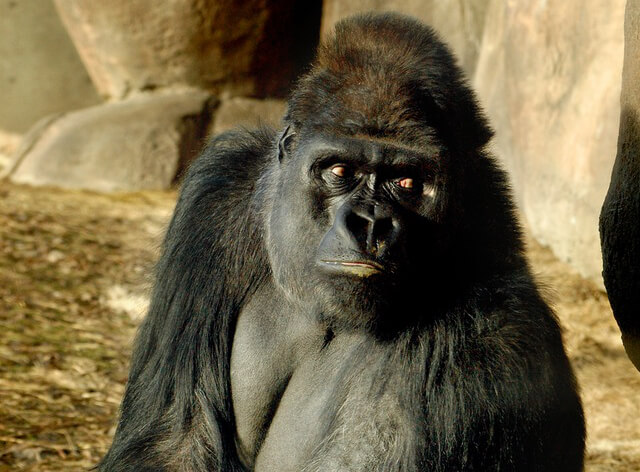 Amazon Web Services continues to be the 800-lb gorilla in the public cloud space, with 41 percent of container users saying they deploy containers most frequently to AWS. Among this group, only a quarter say AWS EC2 Container Service (ECS) is the method of container deployment used most often.

For now, most container deployments on AWS go to VMs running on EC2. While Amazon wants to see increased uptake of ECS and its own container registry, many of its customers are looking at other ways to deploy and manage containers on AWS. 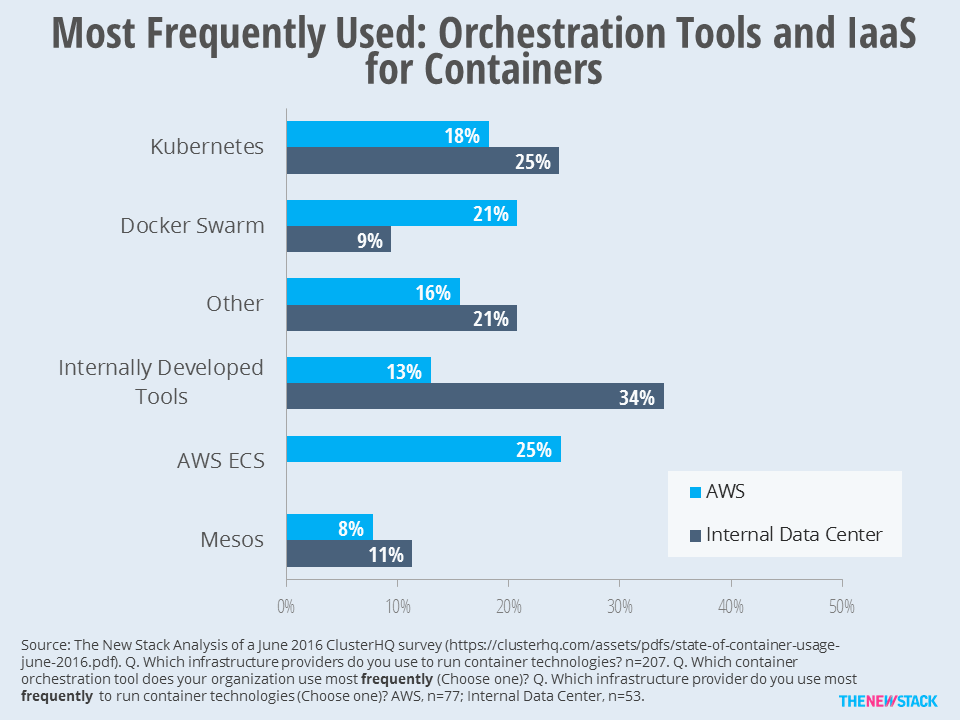 About 75 percent of AWS container users say ECS is not the way they most frequently deploy. Based on research earlier this year, we believe many AWS customers are deploying containers on top of VMs instead of using ECS.

Erstwhile competitors like CoreOS and Docker are actually both AWS partners. CoreOS users can run its version of Linux on AWS ECS. CoreOS has also made it possible to launch a Kubernetes cluster to EC2 without using AWS ECS. And although Kubernetes may compete with ECS to some degree, the K8 folks have created a guide to using it with AWS. Going further into the world of mix-and-match deployment tools, kaws is a project that uses Terraform to create and manage Kubernetes clusters on CoreOS machines on top of AWS.

Whether or not ECS is used, Docker customers are often deploying on AWS. To make this easier, the Docker Platform provides an installer for AWS. It is a native AWS application that is described as “an integrated, easy-to-deploy environment for building, assembling, and shipping applications on AWS.” For enterprise use cases, Docker Subscriptions are sold via the AWS Marketplace. Docker provides FAQ about how to use Docker Cloud on EC2. AWS itself has created a quick-start guide for customers that want to use Docker Datacenter.

Apprenda and Red Hat OpenShift can also be used with AWS.

Much of AWS is not open source but that has not stopped its customers from creating projects to improve their AWS experience. For example, in its marketing materials, AWS references Remind as a user success story. The engineering team at this educational technology company is working on several open source projects manage cloud native apps on top of AWS. Of note is Empire, a PaaS built on top of AWS ECS. Empire is a control layer that provides a Heroku-like workflow.

Opsee Chief Technology Officer Greg Poirier believes that opposed to more general monitoring applications, solution-specific monitoring like his, “Will always be able to provide a better user experience than something that is more generally deployable, because you can leverage a priori assumptions about the user’s infrastructure, and furthermore, you can discovery what you don’t know via introspection.”

While some companies interoperate with AWS, others are focused just on supporting it. A total of 1,295 companies have applied and been accepted part of the AWS consulting partnership program. Although many of these firms can provide assistance with containers, ClearScale and Logicworks actively market themselves this way.

AWS is a behemoth and many industry players resent it. Yet, it is by far the market leader. Willie Sutton allegedly said he robs banks because “that’s where the money is.” That is why there are so many companies that integrate and support AWS. Until it loses prominence, expect most companies in the containers, DevOps and IT space in general to heed the needs of AWS customers.

CoreOS, Docker and Red Hat are sponsors of The New Stack

Lawrence has generated actionable insights and reports about enterprise IT B2B markets and technology policy issues for almost 25 years. He regularly works with clients to develop and analyze studies about open source ecosystems. In addition to his consulting work,...
Read more from Lawrence E Hecht
Share this story
RELATED STORIES
What Is Apptainer and How Do You Install It on Ubuntu Server? Tutorial: Deploy a Full-Stack Application to a Docker Swarm Tutorial: Deploy Acorn Apps on an Amazon EKS Cluster When Wasm and Docker Work (and Do Not Work) Together Acorn from the Eyes of a Docker Compose User
Share this story
RELATED STORIES
Ubuntu Server Struggles with Post-Docker Kubernetes Installs Deploy a Kubernetes Cluster on Ubuntu Server Using Containerd How to Deploy GitLab Server Using Docker and Ubuntu Server 22.04 When Wasm and Docker Work (and Do Not Work) Together VMs Out, Containers In: The Telecom Revolution Continues
THE NEW STACK UPDATE A newsletter digest of the week’s most important stories & analyses.
We don't sell or share your email. By continuing, you agree to our Terms of Use and Privacy Policy.
TNS owner Insight Partners is an investor in: Docker, Aviatrix.