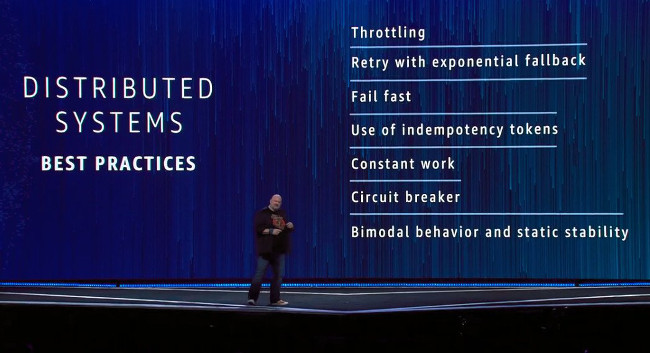 Developers noticed that Fargate almost negates the need for EKS, which raised questions with our guests on the latest episode of The New Stack Analysts, where we were joined by Matt Asay, Adobe’s head of developer ecosystems at Adobe, and Krishnan Subramanian, who is the founder and chief research advisor, for infrastructure, application platforms and DevOps for Rishidot Research.

Subramanian also touched on the fact earlier in the discussion that, “When Amazon has the lead, they go with their opinionated approach, it’s my way or the highway. When they’re behind, they offer choice, offer options to the customers.”

1:52: The announcement of AWS supporting Kubernetes as a service in its EKS offering.
7:20: Aurora serverless—What is the positioning there with Kubernetes?
17:56: Of the different open source serverless platforms, which looks the most promising?
21:44: AWS’s participation in the Kubernetes community.
25:13: Community and code investment in open source, and whether Amazon will spend the time and resources to do the same with AWS.
25:51: Cultural shift.

SHARE THIS STORY
RELATED STORIES
How Intuit’s Platform Engineering Team Chose an App Definition Takeaways from the ESG GitOps and Shift Left Security Survey Open Source Underpins a Home Furnishings Provider’s Global Ambitions 3 Ways an Internal Developer Portal Boosts Developer Productivity Livin’ Kubernetes on the (Immutable) Edge with Kairos Project
TNS owner Insight Partners is an investor in: The New Stack.
SHARE THIS STORY
RELATED STORIES
Retrospective: Why Was Cloud Foundry at KubeCon? How Boeing Uses Cloud Native Open Source Underpins a Home Furnishings Provider’s Global Ambitions Install Dozzle, a Simple Log File Viewer for Docker Does Your Database Really Need to Move to the Cloud?
THE NEW STACK UPDATE A newsletter digest of the week’s most important stories & analyses.
The New stack does not sell your information or share it with unaffiliated third parties. By continuing, you agree to our Terms of Use and Privacy Policy.