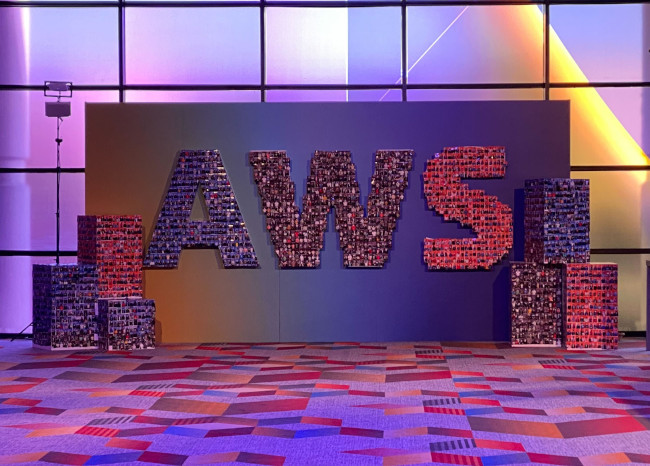 Low-code/no-code underpinned some of Amazon Web Services’ (AWS) key announcements at its annual Re:Invent users conference in Las Vegas, including the availability of the no-code platform SageMaker Canvas for machine learning (ML). AWS also introduced Amplify Studio for web-application development, a tool to cut (though not eliminate) the amount of code written for the AWS Amplify web development stack.

What exactly low-code/no-code means often remains murky as the definition can change according to the source. But in the case of AWS, the cloud service provider giant is touting its release of Amazon SageMaker Canvas specifically as a no-code for ML. AWS says it allows business analysts to build ML models for predictions without having to know how to write code or have ML expertise. With the graphical user interface, business users can simply merge files from data sources in the cloud or on-premises in order to generate predictions for deliveries of goods, for example.

SageMaker Canvas was designed for simplicity, although that could possibly limit its range of use. Still, it does offer ML capabilities for model predictions with an interface was easy to manage as an Excel spreadsheet.

“Now business users and analysts can use SageMaker Canvas to generate highly accurate predictions using an intuitive easy to use interface without writing code and no ML experience,” Adam Selipsky, CEO at Amazon Web Services (AWS), said during the keynote leading off the event. “There is an emphasis is terminology and visualization that are already familiar to analysts and complements the data analysis tools that they’re already using. This is powerful automated machine learning technology to create models that enable business users and analysts to create predictions at the same high quality as data scientists.”

In a blog post, Alex Casalboni, a developer advocate at AWS, showed how it is possible to use the SageMaker Canvas interface to merge two .csv files with respective product and shipping data (ProductData.csv and ShippingData.csv) for 120 products and 10,000 shipping records by simply selecting Import and Upload. He showed how a new ML model is then created by selecting New model in the Models section.

“This quick feedback loop and intuitive UI allows me to use the ML model without having to write custom code,” Casalboni wrote. “In case I decide to integrate the model into an automated production system, the Amazon SageMaker Studio integration lets me share the model easily with other data scientists in my team.”

However, SageMaker Canvas appears to be limited to the use of CVS files, as astutely noticed by TNS correspondent and analyst Janakiram MSV.

SageMaker Canvas is not a visual designer like Azure ML designer. It’s more of a competitor to Google Cloud AutoML Tables and DataRobot. It supports only CSV data coming from S3, Redshift, or Snowflake. pic.twitter.com/AzLha2tj6s

AWS’ no-code Canvas is a simple GUI for Amazon’s existing SageMaker AutoML capabilities, Torsten Volk, an analyst at Enterprise Management Associates (EMA), told The New Stack.  The capabilities are not new, since there are over a dozen vendors offering AutoML in sometimes much more flexible, transparent and powerful variations, Volk said. “But the real question is, what degree of guidance does Canvas provide to business users who happily upload a bunch of data, define dependent and target variables and expect an accurate turnkey predictive model out of this process: and this is where Canvas seems to fall down, as the model builder does not warn users of problems such as class imbalances, model overfitting and co-dependencies between features,” Volk said. “Neither does SageMaker Canvas seem to compensate of these issues or spell out the shortcomings of the resulting model.”

Many other AutoML platforms, like Dataiku, H2O AI, DataRobot and IBM Watson “go significantly further in this regard, by making clear recommendations in terms of what parts of a data source should be excluded and where addition data or pre processing is required to for successful model training,” Volk said. “Canvas seems to let users make their own mistakes and if they are not careful, they might even place the resulting faulty model into production for others to enjoy,” Volk said.

AWS Amplify Studio, could arguably fall under the category of low-code for the citizen developer, as a way to alleviate much of the more medial and cumbersome processes for the development of web applications by through the use of a visual-development interface that allows developers to create web application user interfaces (UIs) with “minimal coding.” However, it also still allows developers to customize their applications’ design and behavior using familiar programming languages, such as with JavaScript and TypeScript, AWS said.

“Amplify studio helps developers and UX designers work better together. In addition to the significant time it takes for developers to make pixel perfect designs, oftentimes those UX designs aren’t implemented properly, which makes UX designers frustrated and makes it to the end user experience isn’t as good as it could be,” said Ali Spittel, AWS manager of developer advocacy, during the keynote. “With Amplify Studio, developers can import custom UI code from their designers.”

Amplify Studio is actually more than a low-code tool, since it was designed to offer developers the precision of writing the code themselves but with the speed of a low-code tool, AWS says.

During a demo, Spittel showed how Amplify Studio developers can chose from React components without “having to write thousands of lines of custom code to generate human-readable, credible React code,” Spittel said. “Later, if I need to, I would be able to extend this code myself for additional control over my components, or add more data properties I need as well,” Spittel said.

Nevertheless, Amplify Studio would fall under the low-code tool category Volk said because of how developers and business analysts work. “It will take a lot for development teams to, even partially, swap their current IDEs for a low-code tool that includes potentially time-saving templates,” Volk said. “It’s an interesting idea, but it would need to be packaged as an extension for popular developer IDEs to potentially draw them in as an audience.”