The AWS team once again delivered a clear and inspiring message to technologists: Developers need to think differently when it comes to the cloud. But how will a new, cloud-based strategy play out in the enterprise.
Dec 19th, 2022 11:00am by Rahul Subramaniam 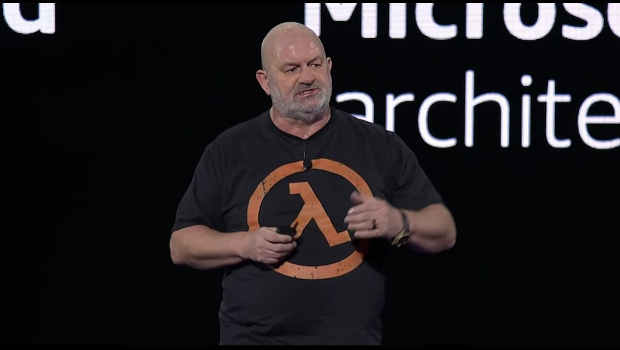 At this year’s Re:Invent, Amazon Web Services talked directly to its customers, but questions remain as to whether the right messages got through. For the technologists who make up the 50,000 people in attendance at the cloud-computing juggernaut, they left with more questions than answers in their search for help with cost-efficient cloud use.

CEOs, CFOs and CIOs are all preparing for a possible recession and are scrutinizing their cloud costs as a result. Their decisions about cloud spending will drive — or dampen — the ability of IT teams to undertake more innovation in the cloud. Technologists who have made a major commitment to the cloud now face the unpleasant possibility that misplaced cost control will hamper their ability to move forward and innovate.

Given the potential impact of corporate belt-tightening, it was surprising that AWS leadership didn’t build an even stronger, more detailed case for the cloud as a tool for cost containment. Technologists who had hoped for more support from AWS now wait in anticipation for the company to flesh out its case studies that provide clear guidance.

The concerted effort by AWS to deliver its message to the C-suite during the five-day event in Las Vegas marks a subtle shift from recent years. Amazon has worked diligently to win the allegiance of technologists and convince them about the merits of innovating in the cloud. And they nailed it. The company today holds at least a 33% share of the cloud-service market, and users are assembling AWS building blocks in all sorts of innovative ways.

But as the global economy weakens, customers’ top executives appear to be questioning expenditures on AWS. Second-quarter revenues for AWS rose 27 percent from the same time a year ago, but that growth rate was the slowest since 2014. AWS leaders have said they’re focused on demonstrating the value of AWS to doubtful CEOs and CIOs.

Keynote addresses from Adam Selipsky, CEO of AWS, and Swami Sivasubramanian, vice president for data and machine learning, were filled with client success stories. Selipsky, for instance, talked about Airbnb’s ability to quickly adapt to market conditions through its reliance on the public cloud during the COVID-19 pandemic. He gave examples of companies that trimmed the time they needed to develop new features for their products by more than 40 percent after they moved data to the cloud.

Yes, these are compelling stories. But I wonder if they will become even more powerful as AWS fills in the details. How, specifically, did AWS contribute to cost savings? How were projects completed more quickly? Those are the specifics that we need to hear, both as technologists and as executives.

Wanted: More Opinions and Insight on Going Beyond Lift and Shift

AWS traditionally has been reluctant to give guidance about how customers can transform their businesses in the cloud. AWS adds continually to its always-growing collection of building blocks, and then steps back and watches as its customers undertake experimentation and innovation. AWS then develops more building blocks to fill in gaps that become evident from customers’ experiences. But it doesn’t tell customers how to use the blocks.

As AWS addresses the cost concerns of corporate executives, however, it may need to become more opinionated and tell customers exactly what to do. For instance, AWS offers about 600 instance types, leaving most customers with way too many choices. AWS would serve its customers well by helping them pick the most efficient instances and providing guidance on how best to leverage them.

The message from AWS to the C-suite is this: Cloud computing can be orders of magnitude cheaper than your traditional computing resources — you just have to leverage it in the right ways. The value of the cloud isn’t a simple lift and shift, where you run operations in the cloud exactly the way you’ve been running them in your own data center. The value grows from the higher-order services that are available on AWS.

The faster enterprises can get to higher-level services, the faster they can leverage them and the faster they can become more efficient in cloud usage. As customers optimize their existing spend, they can invest the savings into even higher-order services that will generate even more innovation — which is key.

That philosophy, in turn, accounts for the concentrated effort by AWS to convince organizations to bring all of their data to the cloud so technologists can do interesting things with it. Data is the key to innovative products and services that will help enterprises survive and thrive during times of economic uncertainty.

Given the anxiety of the C-suite about the security and governance of data on the cloud, AWS hammered home why it’s the most secure place to store — and deal with — it. A message that will likely need to be repeated over and over in the coming months and years.

While top executives continue to worry about compliance, the European Union’s General Data Protection Regulation (GDPR), and other issues surrounding security and governance, technologists were excited about new tools that will whip data into shape so that it can be harnessed.

The challenges of extract-transform-load (ETL) are likely to lighten substantially thanks to the Aurora zero-ETL integration with Amazon Redshift. It allows customers who use both the Aurora database and the Redshift data storehouse to move data around without ETL operations. The integration is still in preview.

Already operational is a similar integration between Amazon Redshift and Apache Spark. Users are now able to move data between the two platforms without ETL.

Those product enhancements are likely to be highly important in delivering the vision of an ETL-free future. The buzz these announcements generated during re:Invent reinforce the desire for even more innovation in the no-code, low-code space. AWS users want easier ways to acquire new datasets. Customers also want AWS to create and curate a marketplace of different datasets that they can tap into.

Still, the launches at this year’s re:Invent make good progress toward closing gaps, making the movement of data easier and ensuring that governance keeps the right information in the right hands. Good governance and structure — as well as a standardized process that eliminates copy-and-paste operations or shadow IT — are critically important to efficiency.

Though this year’s re:Invent keynotes focused on CEOs and CIOs, the AWS team once again delivered a clear and inspiring message to technologists: Developers need to think differently when it comes to the cloud.

Our constantly changing environment doesn’t allow for the creation of products and services for a year or two in the future. Instead, today’s dynamic conditions require that developers create something small and keep evolving it. The best way to do that, without requiring a complete reinvention every two months, is the use of event-driven architecture.

Customers who use the cloud as a lift-and-shift relocation of computing resources will continue to fall short. The cloud is about event-driven architecture. If you’re not leveraging that, then you’re not really leveraging the cloud at all.

SHARE THIS STORY
RELATED STORIES
Data in 2023: Rethink the Modern Data Stack AWS Inf2: A 12-Chip System for Large-Scale ML Production AWS Code Catalyst: A 'Low-Code' Approach for the Dev Lifecycle Data, Analytics and AI: What Will Happen in 2023 PLG Will Eliminate the Subscription-Based Software Model
Amazon Web Services is a sponsor of The New Stack.
SHARE THIS STORY
RELATED STORIES
Google Makes Postgres-Compatible AlloyDB Generally Available Multicloud vs. Hybrid Cloud: Key Comparisons and Differences Data, Analytics and AI: What Will Happen in 2023 Build a Churn Detection Train with AI Blueprints How Jit Builds a Platform Engineering Mindset in the Cloud
THE NEW STACK UPDATE A newsletter digest of the week’s most important stories & analyses.
The New stack does not sell your information or share it with unaffiliated third parties. By continuing, you agree to our Terms of Use and Privacy Policy.