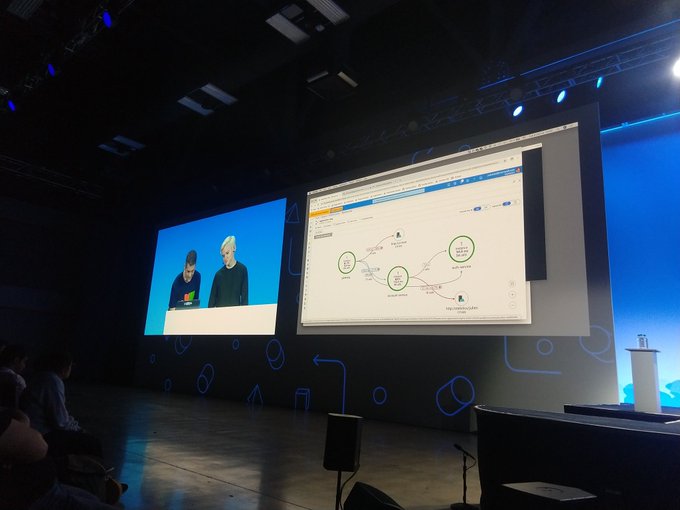 Pivotal sponsored our coverage of the 2019 SpringOne Platform conference.

This week at the SpringOne Platform conference in Austin, Pivotal and Microsoft unveiled the private preview of Azure Spring Cloud, a fully managed service for deploying Spring Boot applications on Microsoft Azure. Spring Boot is based on Pivotal’s popular Spring framework and is an open source Java-based framework used to create microservices, which it does by packaging the runtime together with the application.

Ryan Morgan, vice president of application platform engineering at Pivotal, explained in an interview with The New Stack that Spring Boot offers the basis for creating modern microservice applications and served as an inspiration for the creation of Azure Spring Cloud.

“You can run it inside an application server, but for the most part, everybody bundles everything into a single fat JAR and you just have a single runnable artifact. That property is what makes it very good for cloud environments,” said Morgan. “When Spring Boot was released, we quickly realized that we needed an ecosystem of ways to connect, discover and implement the cloud patterns necessary to be resilient in an environment where things might come and go.”

According to the announcement, the service will combine several key components into a complete runtime for Spring microservices, including Spring Cloud, which provides tools and frameworks to make it easy to run Spring Boot apps in the cloud, kpack, a set of resource controllers for Kubernetes, and of course, Azure Kubernetes Service (AKS), Microsoft’s managed Kubernetes offering.

Pivotal offers the platform, tools and methodology to help you deliver exceptional user experiences. Pivotal Cloud Foundry helps you ship and run all types of apps in a secure and highly-available way, anywhere you want. Pivotal Labs partners with you to change how you build softwar

John Montgomery, a corporate vice president of program management at Microsoft, explained that today’s announcement brings the advantages of Spring Cloud to developers without them having to worry about infrastructure.

“People are building modern microservices using Spring Boot and it’s become one of the most popular microservices frameworks and it shows no signs of stopping. Most of those applications need some piece of technology that’s going to be able to do things like configuration management, analytics and telemetry, and that’s where Azure Spring Cloud comes into it,” said Montgomery. “The challenge has been, until today, most customers would have to deploy the infrastructure in order to operate that Spring Cloud service. The announcement today is basically saying, don’t worry about managing it, don’t worry about scaling it, don’t worry about configuring it, there’s a fully managed service on Azure that makes it dead simple for you to take your Spring Boot application and run it in the cloud and scale it.”

Among the features shown on stage during the keynote, one that drew audible appreciation from the crowd, was the ability to dive down visually into a microservice architecture to see the performance of different microservices over time in order to gauge where performance improvements might be needed. Montgomery explained that this was just one of many features that come natively with Azure Spring Cloud, which also includes things like a hyperscale database, cloud monitoring, or compute.

“The thing that we’re really enabling and making it simple to do is to take that application and drop it on the public cloud — Azure in this case — and then use all the other services that are designed to kind of back your cloud native application,” said Montgomery. “If you need an API gateway — a very common thing that you need inside a modern microservice cloud native application — that’s just there. What we’re doing is taking things that are biasing toward cloud native anyway and unlocking the power of the hyperscale cloud to make that possible.”

When asked if Pivotal was planning on bringing this approach to other public clouds in this age of multicloud everything, Morgan said that the company was not planning on other clouds, but instead on getting this right. One point that both underscored, however, was that Spring Boot was not just for Java developers.

“Spring Cloud is is actually language-agnostic and that’s actually something that we don’t talk about that much. We see people writing microservices in other languages, whether it’s .NET or Go, because they all need those same capabilities that the Spring Cloud provides,” said Montgomery. “You’re starting to see the opening of a set of patterns about building these higher-level abstractions to enable developers to be productive in writing modern microservice-based applications with a hyperscale cloud backing the whole thing.”