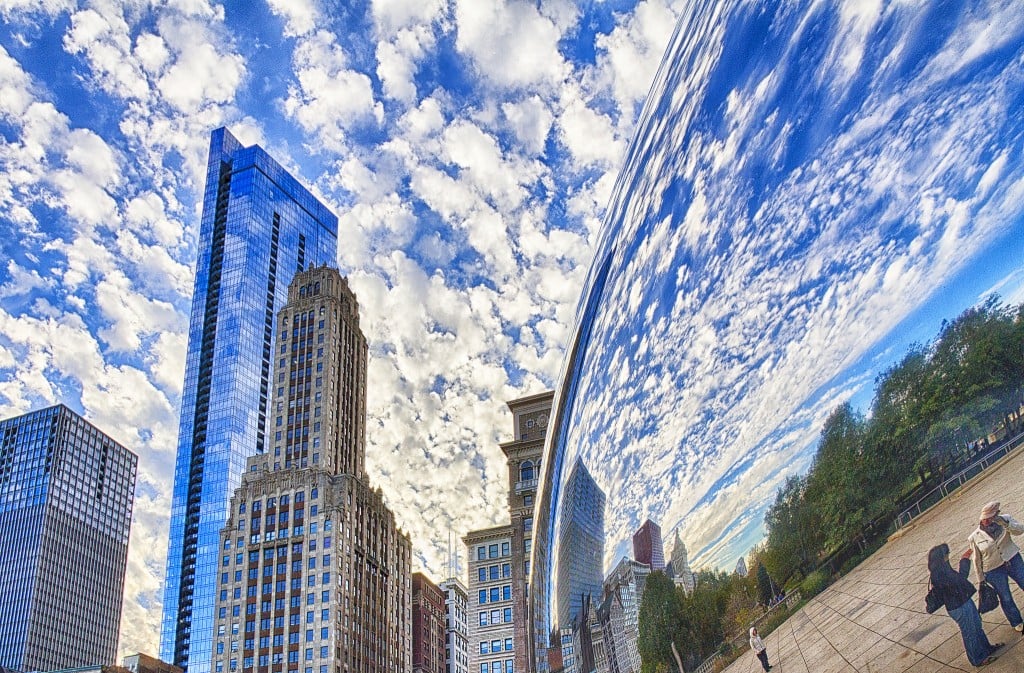 The Ignite 2015 conference in Chicago is where Microsoft is taking its boldest steps yet to sever ties with the client/server era, and enter the world where the rest of The New Stack’s readers live and work. Monday, the company took one big step in that new direction with the official announcement of Azure Stack, its private cloud infrastructure for data centers that want to be Azures in their own right. 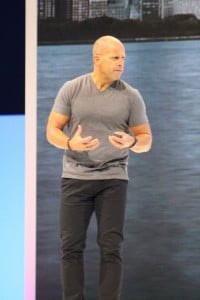 “If you think about Azure, there’s all the infrastructure that you’re aware of, in network, storage and compute. There’s a set of services like IaaS and PaaS that we deliver. And then there’s all your applications, and that, really, is what Azure is,” explained Brad Anderson, Microsoft’s corporate vice president for cloud and enterprise, during a keynote session Monday morning. “Two years ago, we announced we were going to bring portions of this to your data center, and we called it the Azure Pack.”

Portions of this Azure Pack had made their way onto partner vendors’ hardware in the past — for instance, Dell’s Cloud Platform System. So we’ve seen private cloud platforms with third-party vendor brands, built around server software made by Microsoft but not called Windows.

What Azure Stack becomes, over and above Azure Pack, is not just a microcosm of Azure, but an extension of Azure itself. As several Microsoft officials confirmed Monday, Azure Stack extends the file and object system of Azure into the private space. (And Azure Stack won’t be the only Microsoft technology that does this.)

Further demonstrations of Azure Stack are expected throughout this week at Ignite, but in the early rounds, we saw a user access policy management system that essentially duplicated the one currently used on the public Azure cloud, with the exception of a black background rather than blue.

“The Microsoft Azure Stack gives application owners the ability to ‘write once, deploy anywhere,’ whether it be to your private cloud, a service provider’s cloud, or the public Azure cloud,” reads a post to Microsoft’s server and cloud blog Monday. “Developers will have the broadest access to application development platforms across Windows and Linux to build, deploy and operate cloud applications using consistent tools, processes and artifacts. One Azure ecosystem across public, private and hosted clouds will allow you to participate in a unified, robust partner network for Azure clouds.”

At one point, Microsoft Group Engineering Manager Jeff Woolsey demonstrated a familiar concept to many Windows Server admins, Role-Based Access Control (RBAC), in Azure. He demonstrated how a number of concurrent components co-existed in a common namespace, and how a single policy applied to all of the components in that space simultaneously, since Azure recognized them as bound to a single application. 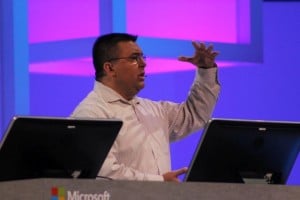 “Wouldn’t it be nice if I could take this cloud application, with all of these resources, this BLOB storage, this easy role-based authentication, [and] I could run this in your data center as well?” Woolsey asked. He then showed a four-line PowerShell script that could launch the application in either public Azure or a private Azure Stack, simply by tweaking the script’s location variable.

And then he revealed the same application running on Azure Stack.

“Take a very good look here,” proclaimed Woolsey. “Looks just like Azure, doesn’t it? That’s because it is.”

To drive home his point, he showed the same application running from public Azure and from private Azure Stack servers powered up in another room of McCormick Place in Chicago. “We’re giving you what you asked for,” said Woolsey. “We’re bringing Azure to your data center.”

Microsoft’s idea is to make private cloud space and public space addressable and manageable using the same toolset, and by extension, to effectively make data centers into planks, if you will, for Azure. It’s one big reason why the words “Windows Server” are being spoken less and less often by people whom you would think were in charge of it.

Scott M. Fulton III leads the developer content team at Neo4j, and before this, was a 37-year veteran producer and editor, including for The New Stack, where he created the Context podcast. He produced the Scale blog for ZDNet, was...
Read more from Scott M. Fulton III
SHARE THIS STORY
RELATED STORIES
Jamstack Panel: Multiple JavaScript Frameworks Are a Good Thing Chronosphere Nudges Observability Standards Toward Maturity Entrepreneurship for Engineers: Painkiller or Vitamin?  Software Developer Tool for Quantum Computers Launching Soon Grafana Shows New Observability Projects at ObservabilityCON
SHARE THIS STORY
RELATED STORIES
Discord vs. Slack: Which Is Right for Your Team? Jamstack Panel: Multiple JavaScript Frameworks Are a Good Thing Software Startup Aims at Cluster Computing Barriers What’s the Future of Feature Management? Case Study: How SeatGeek Adopted HashiCorp’s Nomad
THE NEW STACK UPDATE A newsletter digest of the week’s most important stories & analyses.
The New stack does not sell your information or share it with unaffiliated third parties. By continuing, you agree to our Terms of Use and Privacy Policy.