Babylon.js Hints that Microsoft Metaverse Will Be Web-Based

Babylon.js is a free and open source 3D engine from Microsoft, and it may be a pointer to Microsoft's upcoming metaverse strategy.
May 5th, 2022 8:51am by Richard MacManus 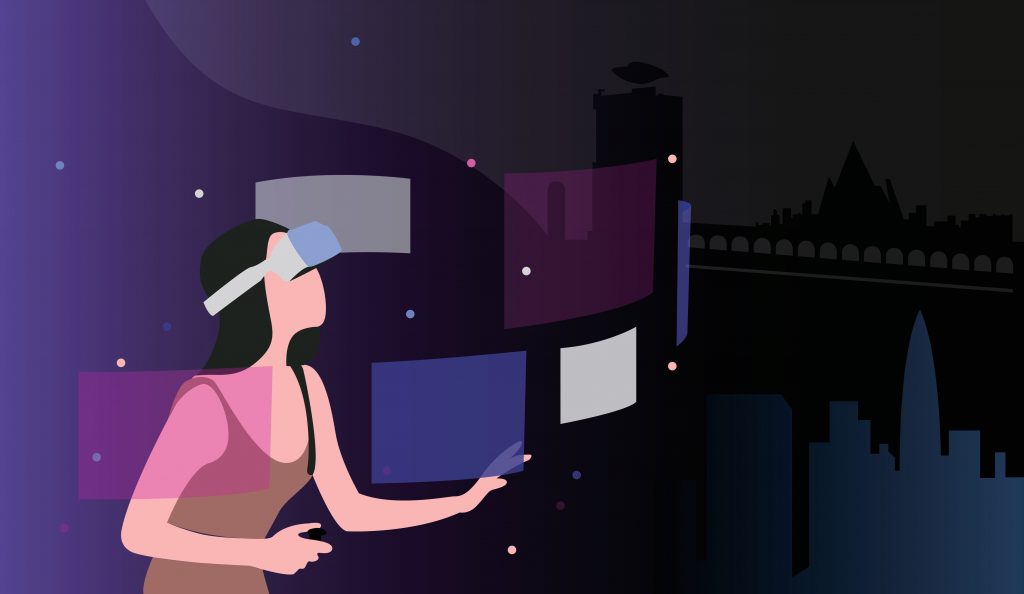 If the metaverse is to become a reality, there will need to be development and content creation tools for it. There will also need to be a standard definition for “the metaverse” (currently an amorphous term that refers to a 3D internet) and, following that, a set of open standards that developers and platform companies alike can work towards. So far, in the early days of metaverse hype, Facebook — oops, I mean Meta — has tried to co-opt the trend. But other big tech companies are circling the metaverse too. You’ll not be surprised to hear that Microsoft is one of them.

Babylon.js is a free and open source 3D engine built on top of WebGL and WebGPU, developed by two Microsoft engineers and first released in 2013 as a part of the IE11 browser. Not only is Babylon.js open source, it’s also built to support a web version of the metaverse. Straight away, this is a point of differentiation to Meta — which has not yet said whether its vision for the metaverse will be web-compatible.

To find out more about Babylon.js and Microsoft’s potential vision for the metaverse, I spoke to one of the co-creators of Babylon.js, David Rousset. A technical engineer, Rousset has been working at Microsoft for the past fifteen years and is located near Paris, France. I came across Rousset after reading a blog post he wrote last month, in which he noted that WebXR — an emerging web standard for 3D content — “will be one of the major building blocks of the metaverses on the web.”

Before I spoke to Rousset, I had a tinker with Babylon Playground, a browser-based tool to create and edit 3D web content. The interface has JavaScript code on the left-hand side of the page, with the resulting 3D scene rendered on the right. I went through a tutorial on its home page, in which you are invited to manipulate a 3D graphic simply by tweaking the code. I was surprised at how simple the process was — it reminded me of my early experiments with website design in the 1990s, using tools like Dreamweaver and Microsoft FrontPage.

In a Zoom call with Rousset, I asked him whether Babylon.js might be the modern equivalent of FrontPage — that is, a tool that helps ease developers and content creators alike into the metaverse? He replied that this was, in fact, a prime motivation for creating Babylon.js, since he himself was not familiar with 3D development at the time. Fortunately, his co-creator David Catuhe was.

“So Babylon.js was made mainly because of me,” Rousset said, laughing at the memory. “I forced the other David to think about people like myself. I told him I should be the target audience — like, I’m good enough to learn, but I’m not a 3D guru.”

In a retrospective on his blog, Catuhu describes Babylon.js as “my ‘pet project’, the piece of code that you build for the pleasure of developing.” He and Rousset are rightly proud of their progress since 2013 because nowadays Babylon.js is being used for projects such as Microsoft’s Sharepoint Spaces (“mixed reality experiences for everyone, on any device”), IBM’s Mayflower Autonomous Ship Experience, and emerging metaverse/Web3 startups like Voxels. 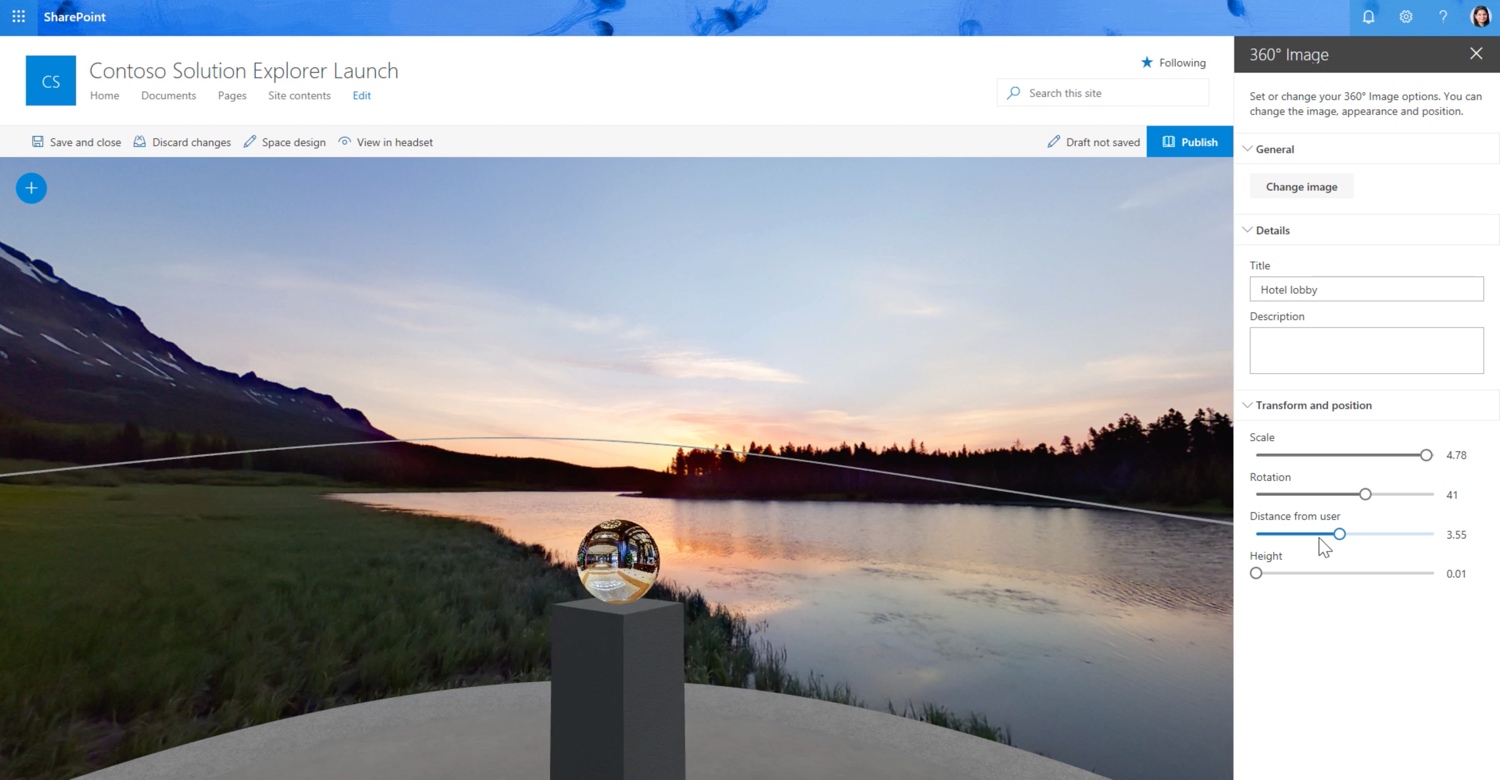 Rousset went on to explain that Babylon.js is “opinionated in some parts of the engine to make it simple to use.” Which is another way of saying: there are other flavors of 3D development tools out there. So I asked him what makes Babylon.js different from, to choose one popular example, Unity’s 3D engine?

“The idea was to be native for the web,” he replied, meaning Babylon.js can “run anywhere.” Unity, on the other hand, primarily targets “powerful devices” like consoles and PCs. “So compared to Unity,” he continued, “this is obviously a lower layer regarding the engine. We don’t have all the services and plugins that the Unity ecosystem has. But Babylon.js is open source, meaning that we have a lot of contributions from the community itself — more than half of the code now is coming from the community.”

Defining the Metaverse — Meta vs. the Rest

It’s great that Babylon.js is web-native and supports emerging 3D web standards like WebXR and WebGPU. One of my gripes about Facebook’s appropriation of the term “metaverse” is that there is no indication that it intends to support the web. Meta CEO Mark Zuckerberg has likened the metaverse to the mobile internet, conveniently glossing over the fact that two companies (Apple and Google) came to dominate the mobile app ecosystem.

So what is Microsoft’s vision for the metaverse?

“We are still working, I would say, at the industry level to define what is the metaverse,” Rousset replied. “Obviously Meta gave their vision and a lot of people thought that it was the only vision — and it’s not the case. We will soon disclose the vision of Microsoft in the metaverse. But for me, the web needs to be a big part of it, because you should be able to move from one metaverse to another.”

The way Rousset describes it, a future internet user should be able to go from a 3D scene or webpage on the web (built, say with Babylon.js) and, using a link in VR, be “teleported to another website that would be in another metaverse.” To be clear, that’s Rousset’s vision for the metaverse — not the official Microsoft line. But having tools like Babylon.js in its arsenal indicates that Microsoft will probably include web standards in its metaverse strategy.

To be fair, Zuckerberg has also said he wants the metaverse to be interoperable. The problem is, it’s still unclear whether a future Meta user will be able to “teleport” from Meta into the web (and vice versa). No doubt Meta will clarify the technicalities in due course.

Leaving aside questions around the infrastructure of the metaverse, what types of apps does Rousset expect will get built with tools like Babylon.js over the coming years?

He mentioned gaming, e-commerce and education, the most common application use cases cited for VR and/or AR. He also talked about an interesting new app called Frame, which according to a blog post is “bringing the metaverse to Microsoft Teams.” 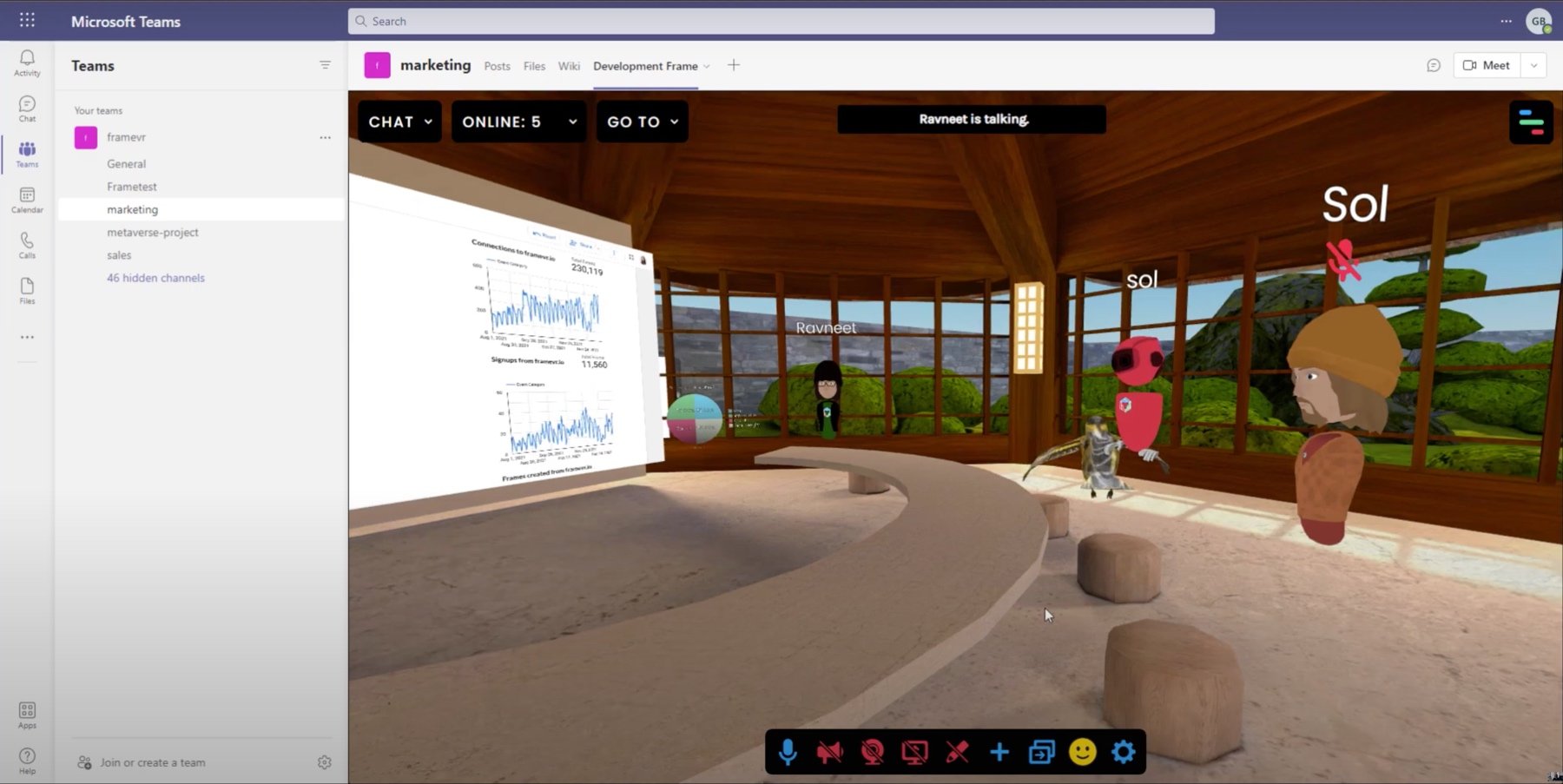 “I really enjoy what they did,” said Rousset about Virbela, the company that created Frame, “because, for instance, using Babylon, you are inside 3D scenes talking with people you know, using WebRTC as a kind of communication between everybody. So it’s really using all the cool and advanced features of the web.”

What was most intriguing about Frame, from what I could see in a demo video, was that a browser user is easily able to interact with a user on, say, an Oculus device. That kind of interoperability is the metaverse dream.

While we don’t yet know the specifics of Microsoft’s vision for the metaverse (we might find out in its upcoming Build conference?), it’s encouraging that Microsoft projects like Babylon.js and third-party apps like Frame are building 3D experiences on top of the web.

We can only hope that Meta follows suit, because web standards are our best hope for an interoperable metaverse.

Richard MacManus is a Senior Editor at The New Stack and writes about web and application development trends. Previously he founded ReadWriteWeb in 2003 and built it into one of the world’s most influential technology news sites. From the early...
Read more from Richard MacManus
SHARE THIS STORY
RELATED STORIES
Pro Coders Key to Stopping Citizen Developer Security Breach Angular vs. React: How to Choose the Right Framework for You Core Wars Shows the Battle WebAssembly Needs to Win JavaScript or WebAssembly: Which Is More Energy Efficient and Faster? Generative AI: How Companies Are Using and Scaling AI Models
SHARE THIS STORY
RELATED STORIES
Machine Learning Is as Easy as an API, Says Hugging Face Pro Coders Key to Stopping Citizen Developer Security Breach WebAssembly to Let Developers Combine Languages 2023 Web Tech Check-in: React Performance, PWAs, iOS Browsers An Inside Look at What GitLab’s Web IDE Offers Developers
THE NEW STACK UPDATE A newsletter digest of the week’s most important stories & analyses.
The New stack does not sell your information or share it with unaffiliated third parties. By continuing, you agree to our Terms of Use and Privacy Policy.