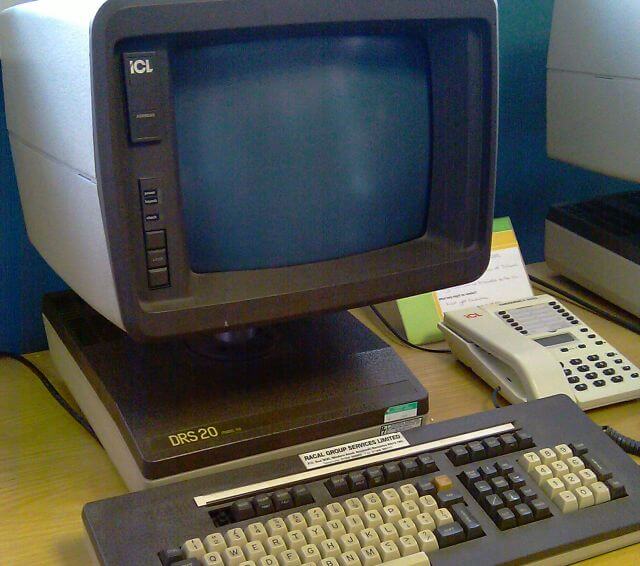 When Reuters called Micro Focus Thursday morning a “little-known British firm,” in a story explaining HPE’s $8.8 billion sale of its software division to the company, it missed the heart of a much more important story — one that’s been going on since the turn of the decade. Micro Focus has been a more integral part of the world’s technology infrastructure than most will ever realize — as important a player as Rackspace, Oracle, and VMware.

In the deal announced Wednesday, HPE will receive $6.3 billion in stock and $2.5 billion in cash from Micro Focus. That stock will be distributed to HPE shareholders, not to the company, making them effectively 50.1 percent majority owners of the new Micro Focus. The deal is pending approval from the Securities and Exchange Commission, which MF officials say can only come after a massive number of smaller transactions take place — a list that extends well into the third quarter of 2017.

Among these transactions, Micro Focus will begin unraveling, one-by-one, the tangled strands of HPE’s old and proud software portfolio, including its venerable Operations Manager I (OMi, formerly called OpenView Operations). HPE will retain its cloud-related and “hyperconvergence” projects, including Helion OpenStack. As CEO Meg Whitman told analysts Wednesday, those projects will be gathered together under the management of HPE’s Enterprise Group.

The Cloud Company and the Software Company

One frank admission that Whitman gave investors on Wednesday was that HPE, as a platforms company, was not interested in helping customers maintain legacy environments.

“As Micro Focus will tell you, most people who work in the software business and Silicon Valley want to grow assets,” the CEO said [thanks to Seeking Alpha for the transcript]. “And actually some of these assets should actually be maintained on a stable platform that extends the value for customers. And it’s actually not what we do; it is what they do.”

By “what they do,” Whitman referred to Micro Focus’s core business in making old software work on new platforms. Combined with assets Micro Focus has already accumulated, including Linux producer SUSE, by this time next year, the software company could provide a scalable, containerized stack for Windows and Linux applications, including applications lifecycle management, development tools, and a virtualization platform.

“We’re hoping that we’ll end up with a position where SUSE Linux will be the underlying driver behind the Helion OpenStack product,” stated Micro Focus Chief Financial Officer Mike Phillips, during his company’s own conference call Wednesday. “Recently, we announced that SUSE will be the driver behind Mirantis OpenStack. We’re already in a position where SAP has taken our OpenStack for their HANA cloud. So you can see SUSE getting an increasing mindshare in the Linux marketplace.”

If you think OpenStack, Azure Stack, and vSphere will be the only truly viable options for deploying virtualized, platform-agnostic workloads, you’d best be advised to keep your options open. And it’s not the fancy, new, hyperscale workloads that Micro Focus is most concerned with.

“What we do… is, we take mature software and we extend the life of it for customers, and get more value from it by linking it to new technologies,” explained Micro Focus Executive Chairman Kevin Loosemore Wednesday. “So as HPE starts bringing out converged appliances, intelligent hardware, clearly there is a synergy in that we’ll be helping the customers with these assets work collaboratively with that hardware.”

As far back as 1979, Micro Focus established itself as the world’s principal supplier of COBOL for microcomputers, such as the CP/M-based ICL DRS20 terminal in the picture above. From its very beginnings, Micro Focus bridged the gap between the past and the present.

In a 2003 interview for InformationWeek, Micro Focus’ then-vice president for product management Ian Archbell (currently the founder of IoT microcontrollers company OddWires) told me about a product it was producing at the time, called Component Generator. It was an early attempt — and, for that time, a successful one — to build an API wrapper around a module of COBOL code. Its objective was to present the CICS and IMS transactions upon which financial institutions relied, so they could begin moving their software off of 1960s and 1970s mainframes.

Today, most of those mainframes are gone. But believe it or not, for many banks, savings institutions, and insurance firms, their code lives on today, running as components in environments maintained by Micro Focus tools. As recently as last week’s VMworld 2016 conference, when rumors of an HPE reorganization and rumors of Micro Focus’ involvement were buzzing through the halls, I encountered some VMware customers in the financial sector who rely upon Micro Focus technologies today.

Those customers are now being introduced to a kind of containerization, but not the kind we typically talk about here.

Using technology it gathered together by virtue of having acquired Novell (through a 2014 merger with its then-parent company, Attachmate), Micro Focus produces its own kind of virtual machine.

See if this sounds familiar to you: Through a kind of minimalized packaging process, Micro Focus’s Turbo.net shrink-wraps applications, along with just the minimal dependencies they may require and a small kernel, into an open source construct called a Spoon virtual machine — and what Micro Focus calls a desktop container.

Now, if you’re thinking, well, we already have enough containers by virtue of CoreOS, Docker, and whatever Docker forks may come along, realize that a Spoon VM is a Windows container. And if you’re thinking, so, Micro Focus is just capitalizing on a trend started by Docker, realize that Spoon’s predecessor project, Xenocode, launched in 2006. That’s right: Turbo.net predates Docker by at least six years.

In the Linux realm, containerization gives applications scalability that they haven’t had before. For Windows applications, it gives them the virtue of portability. You see, Windows apps are very deeply rooted into the systems on which they’re installed. Containerization in Windows has to go the extra step of providing apps with the appearance — the feeling, if you will — of being rooted in the systems that run them, without actually having to plant those roots in the System Registry.

When Micro Focus acquired Attachmate two years ago — and with it, Novell — it gained a foothold in a project that will give it a way to extend old applications into new environments, using the technologies we wax poetic about here in The New Stack. With its acquisition of HPE Software — and with it, Autonomy — to be completed in the third quarter of 2017, Micro Focus will add a critical application lifecycle management component, called Operations Manager i (yes, there’s a little “i” floating at the end of the title for no good reason, and maybe Micro Focus will see to that, too).

And as we saw at the last HPE Discover conference, an entirely new, open source ecosystem is being developed around software deployment and automation technologies, including ChatOps. Though details may yet be worked out, it would appear these projects, along with OMi, would be transferred to Micro Focus as well.

Either OMi or ChatOps, or both, could become Micro Focus’s ticket for building a new kind of software development stack around Windows — one that lets developers scale and deploy desktop applications from all generations. Here is where we remind ourselves not to forget that Micro Focus is now SUSE’s parent company as well (since April 2015). As Loosemore confirmed Wednesday, as part of Micro Focus’s deal with HPE, SUSE should become the preferred supplier of Linux for HPE’s distributions of OpenStack.

This opens up the possibility, given a few years’ development time, for organizations with Windows desktops to adopt a Linux-based infrastructure, with scalability and higher performance, serving VMs that are effectively Windows containers, to Windows desktops of all generations (theoretically going back to XP). And with the intellectual seeds of the late, great Borland International tucked away in its portfolio (anyone remember Turbo Pascal?), Micro Focus could supply the developer side of that ecosystem as well, potentially with conventional application architectures that “become” cloud-native, by virtue of the inclusion of their libraries in Spoon VMs.

History may yet reveal that the bridge builders between all the old worlds and all the new ones, may end up reaping all the rewards, eventually. Hopefully, that merits some long overdue respect for a “little-known British firm.”