Baseball’s Diamonds Are the Data in the Field 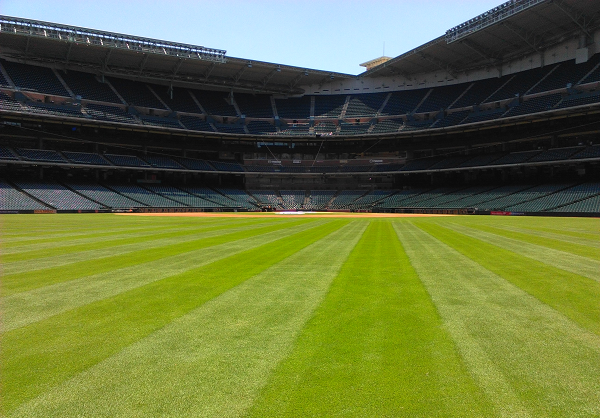 “Every major league team has developed an analytics department over the past several years,” reports a new online article from BizTech magazine, “but some more than others are pushing the envelope in using the technology.” The site’s editor — a Yankees fan — starts with a rhetorical question. “What can data analytics tell a major league baseball team?

“These days, pretty much everything.”

He tells the story of a New York Mets outfielder Curtis Granderson, who by May of 2017 had achieved a singularly miserable .122 batting average. But the team’s assistant hitting coach ultimately concluded the player was just “tremendously unlucky,” while according to the site Sport Techie, the team had faith in his “underlying advanced metrics.” The Mets kept Granderson in the lineup, only to be rewarded with 12 home runs over the next two months.

This is partly because there’s now more data available to teams than ever before. Since 2006 the major leagues have used a camera-based system that can measure the trajectory, speed, spin, break, and location of a pitched ball. But in 2015 they also began using Statcast, “a high-speed, high-accuracy, automated tool which uses both Doppler radar and high definition video to measure pitches, according to Wikipedia — as well as the speed of any resulting hits (and their “launch angle”).

“Analytics has helped teams determine that balls that are hit higher are more likely to turn into hits (and into home runs, if they’re hit hard enough),” reports Biztech. Now teams are even turning to outside vendors for things like a “military-grade radar system” that can actually count the number of times that a baseball spins as it’s hurtling towards the plate.

The New York Mets have a “senior coordinator for baseball systems” who recently acknowledged that the team is now using neural networks and machine learning. “It’s obviously a big part of our department’s purpose for existing: We’re trying to use the most advanced statistical techniques we can that hopefully not all the other teams are using.” Sports analytics can actually assign a number to a batter’s ability to distinguish between balls and strikes. (Is a player just getting bad calls from the umpire — or are they wildly chasing after pitches that flew far outside the strike zone.)

Now teams are scrambling to convert data into more wins on the field. 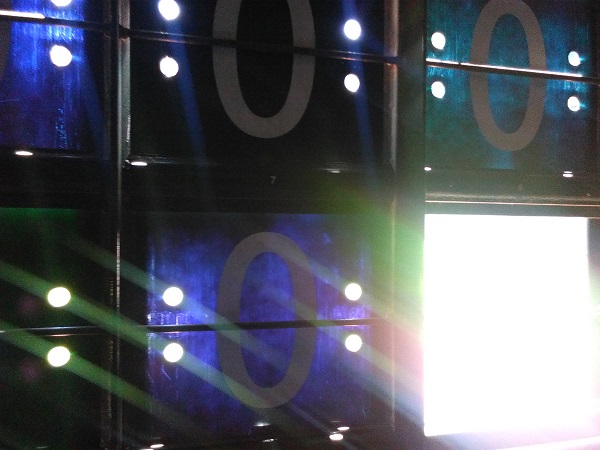 The Houston Astros have gone “all in” on data analytics, according to a 2014 article in Bloomberg, detailing a massive effort where the team’s scouts and coaches collaborated with statisticians and a physicist to determine the proper weight to give every available stat on their players’ performance. Bloomberg dubs this approach “extreme moneyball,” a more-bang-for-the-buck strategy that attempts to generate “evidence-based” decisions about which players to draft — and which players to put on the field. The Astro’s had endured three consecutive 100-loss seasons between 2011 to 2013 but started making progress soon after their data-riffic transformation. In 2015 the team made it into the postseason for the first time in 10 years, and halfway through the 2017 season, the Astros have an incredible 60-29 win-loss record. 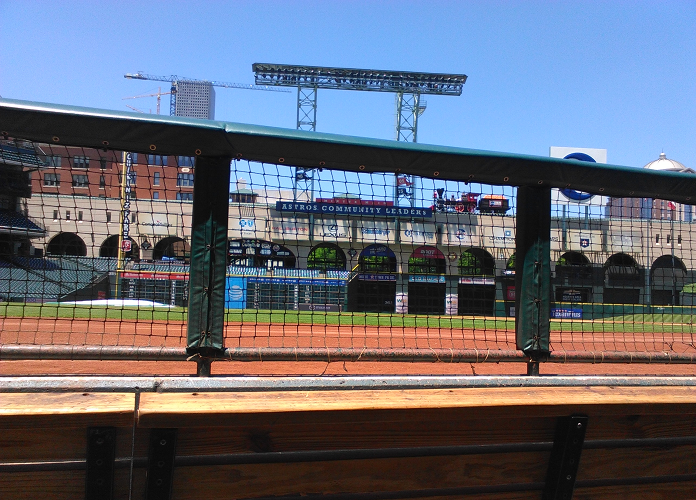 Unfortunately, it’s hard to determine exactly how the teams are making their decisions. When asked today how the team was leveraging its data, the Astro’s CIO “declined to comment,” according to Biztech. The CIO now insists that their specific data-based approach is “a competitive differentiator”.

Or, as BizTech puts it, “Teams consider such technology to be proprietary.”

As the 2017 season got underway, the Astro’s general manager Jeff Luhnow argued to MLB.com that baseball is the classic zero-sum game. “[W]hen a team discovers something that they think is a competitive advantage, their gain comes at someone else’s success, so I think we all closely guard our secrets.” Some changes can benefit everybody — for example, calculating better schedules for the players and teams, and maybe even finding ways to prevent injuries. “I do think that the whole notion of health and wellness, sleep, rest, recovery, injury prevention, rehab, it’s all stuff that’s going to be a big frontier for baseball in general over the next 10 years.” But crucial data that might give one team an edge still remains shrouded in secrecy.

It’s already forcing franchisees to re-think the qualities they look for when hiring front-office personnel. The Houston Chronicle had marveled at Luhnow’s background when he became the Astro’s general manager back in 2011. He’d been the president of a health risk-analytics company called Archetype Solutions, Inc., and the vice-president of marketing for Petstore.com. The newspaper wrote that “His first three careers were engineer, management consultant and technology entrepreneur,”

“Logically,” Luhnow joked, “the next step was to become a baseball executive.”

But Luhnow had also spent eight years doing data-driven “player development” work for the Kansas City Cardinals. At first, he was dubbed with skeptical nicknames like “Harry Potter” and “the accountant.” But during those eight years, the Cardinals made it all the way to the World Series three times — winning it twice.

Luhnow says that for the sport of baseball, the turning point happened around 2003 — the year after the Oakland A’s general manager Billy Beane proved the efficacy of a more data-driven approach to picking his player. “There seemed to be a divide between the traditions of the game and people that had done things a certain way for a long time and some of the new ways of looking at the game; the analytics, the video, all the new technologies that were starting to surround the game.”

In 2002 the Oakland A’s had won an unprecedented 20 consecutive games in a row — a feat dramatized in the movie Moneyball — making it hard to ignore the importance of a data-driven approach.

Open Scene from Moneyball – What is the problem? on YouTube.

But there’s still room for humans in the decision-making process, according to Derek Falvey, who holds the Minnesota Twins’ newly created position of “chief baseball officer”. “What we’ve found is that the blend of scouting and the evidence-based information has allowed us to have really good conversations about players,” he told ESPN, “both on our team now and players we may acquire… It’s not pitting one against the other. It’s using one to layer on top of the other to make better decisions.”

This year Billy Beane told the crowd at an MIT conference that when he started, “We wanted to go scorched-earth and see what happened.” Speaking at the annual MIT Sloan Sports Analytics Conference, Beane remembered that it had taken data analyst Farhan Zaidi — an MIT grad with a doctorate in behavioral economics — to argue the case for human interpretations and the limits of hard data.

“It’s ironic that a guy from MIT would be the guy who balances us out and gets us back to adding subjectivity.” 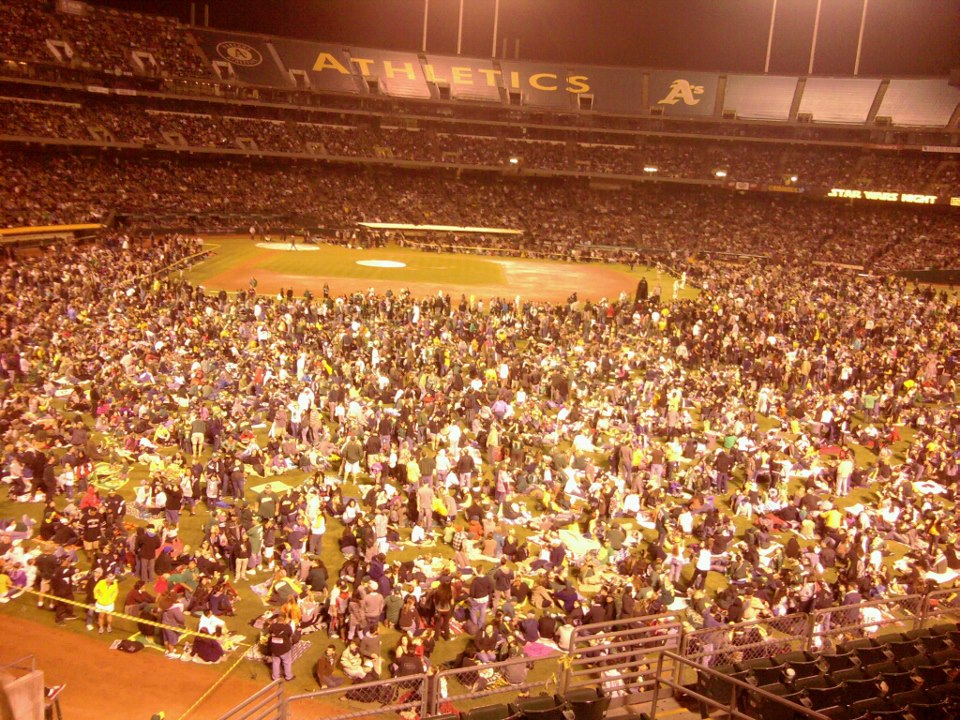 After reading the book Moneyball, Faidi had applied for a job with Beane’s Oakland A’s as their “data analysis sabermetrics assistant,” eventually rising to become the team’s assistant general manager. Beane called him “absolutely brilliant,” adding I’m more worried about losing him to Apple or Google than I am to another team.”

Ironically, after the A’s won their division three years in a row, the A’s did lose Zaidi to another team, when the Los Angeles Dodgers — who had won their own division two years in a row — hired him to become their new general manager. The Dodgers went on to continue their streak, winning the NL West championship again for the next two years — while the A’s dropped to last place in their division for 2015, 2016, and (so far) 2017.

And this week the Dodgers pulled ahead of the Houston Astros, putting up the best record in all of Major League Baseball.