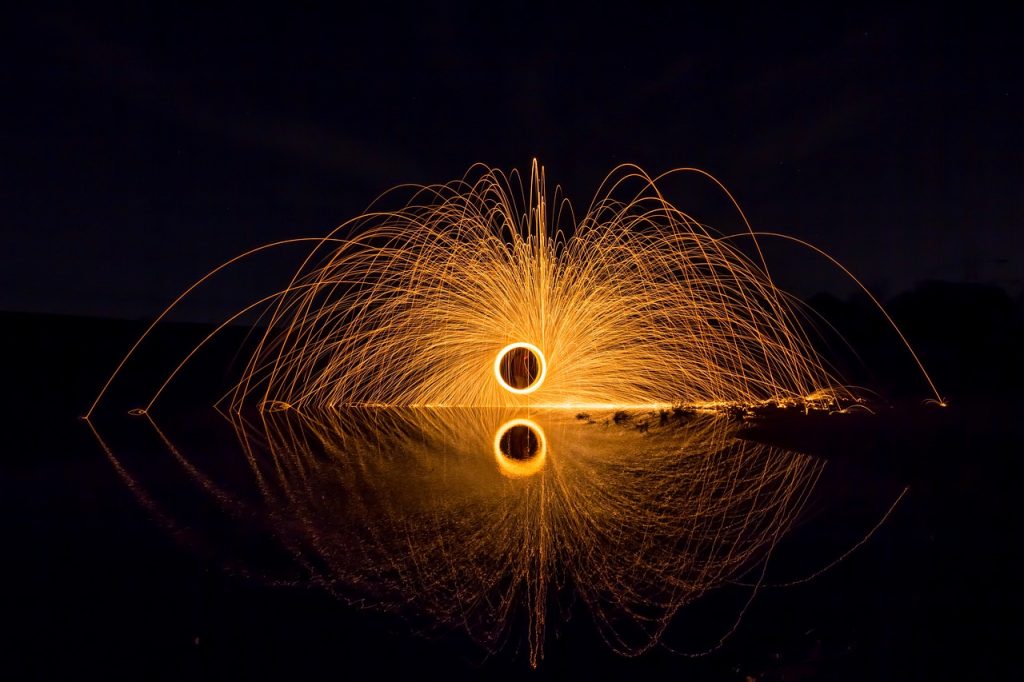 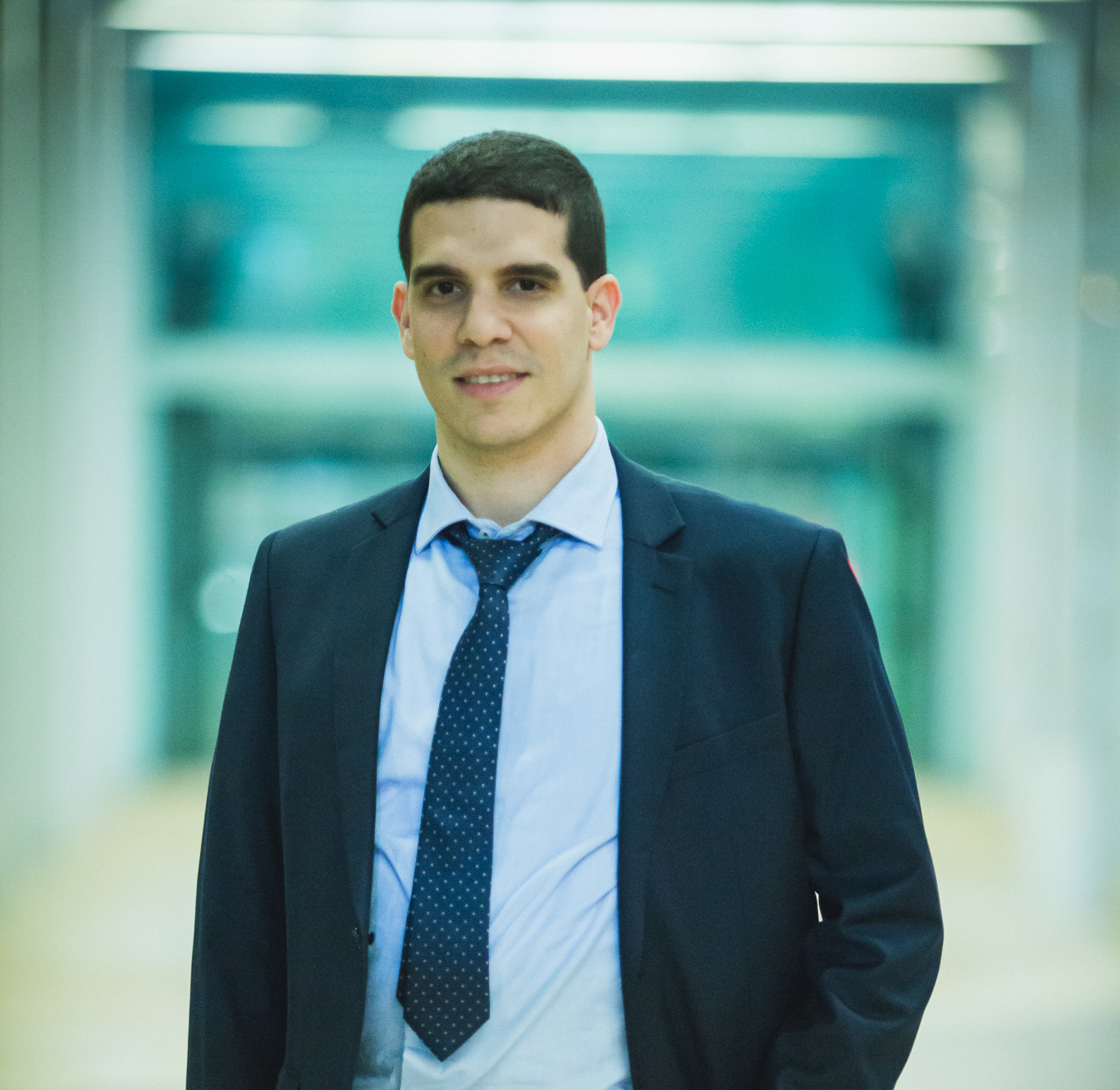 Almog Ben David
Almog is a software engineer at Alcide, focused on building a new generation of visualization tools for data centers. During his seven-year career in the software industry, Almog has worked for various startups where he has applied his passion for the development of human/computer interaction software, visualization tools and applying technology to educational development. He holds a B.Sc. in computer science from the Interdisciplinary Center Herzliya in Israel.

IT infrastructure continues to grow exponentially more complex following the emergence of the first public cloud offerings over a decade ago. The cloud itself has become more diverse, with workloads distributed between different providers and bare metal, virtual machines (VM) and containerized servers, while physical data centers and growing numbers of users and accounts further increase the complexity.

The obvious benefit of modern infrastructure is an incredible speed and efficiency it’s enabled — leading to our highly networked, on-demand world. The downside, mostly shielded from everyday users, but all too familiar to ops teams, is that complex infrastructures are a challenge to manage and secure.

While organizational solutions, such as DevSecOps, exist to improve coordination between the various teams responsible for specific elements of infrastructure management, a fundamental problem remains: visibility (or a lack thereof).

Thanks to the increasingly dynamic nature of infrastructure, a recent study covered almost every problem DevOps teams encounter when managing hybrid clouds stems from a lack of visibility, including:

To solve these challenges, teams need a single source of infrastructure truth to get a handle on what is going on in their environments and to facilitate the implementation of specific security policies.

Once corporate IT began to extend beyond physical data centers to multiple cloud, platform and computing environments; visualization tools have emerged to help operations teams cope with the complexity.

These tools are designed to offer a map of how various elements of an infrastructure work together. Teams can see their physical data centers and cloud environments, and gain an understanding of the workloads and services associated with them.

This top-level visibility is massively helpful when it comes to getting teams on the same page and enabling transformational techniques within an organizations, such as shifting to DevSecOps — but it falls short as a way to counter emerging security and operational threats. This is because now we have such a diverse pool of containers, functions and service meshes, in addition to traditional IT infrastructure layers, to manage.

Organizations need a detailed, real-time understanding of not just the infrastructure layer but the applications on top of that as well as user activity. Without this complete visibility, teams remain unsure about whether their on-premise and public and private cloud environments — as well as the associated compute technologies — are secure and functioning properly in a world where security threats can evolve in minutes.

My company Alcide, for example, is only a couple years old and just launched its deep visualization platform within the past 12 months. Being built for infrastructures as they exist now — including newer environments like serverless — Alcide’s platform offers deeper insight into today’s immensely diverse IT infrastructures, whether on-premise or on the cloud, while thus eliminating blind spots traditional visualization platforms have been unable to provide. We offer not just aerial visibility but granular insight into applications and servers as well, coupled with centralized security management and a “single pane of glass” that all operations teams can work off of.

Use cases for this new type of visualization include: 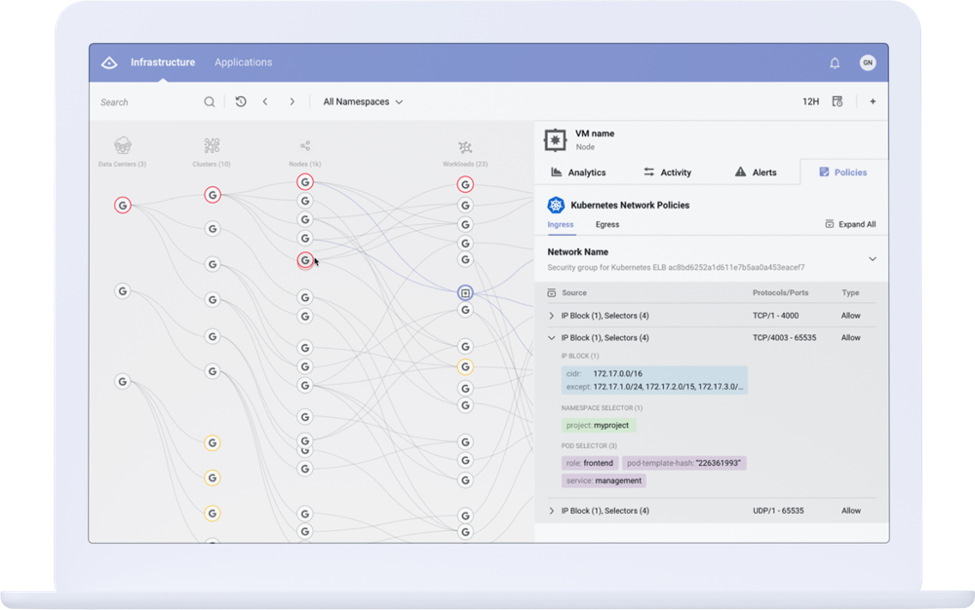 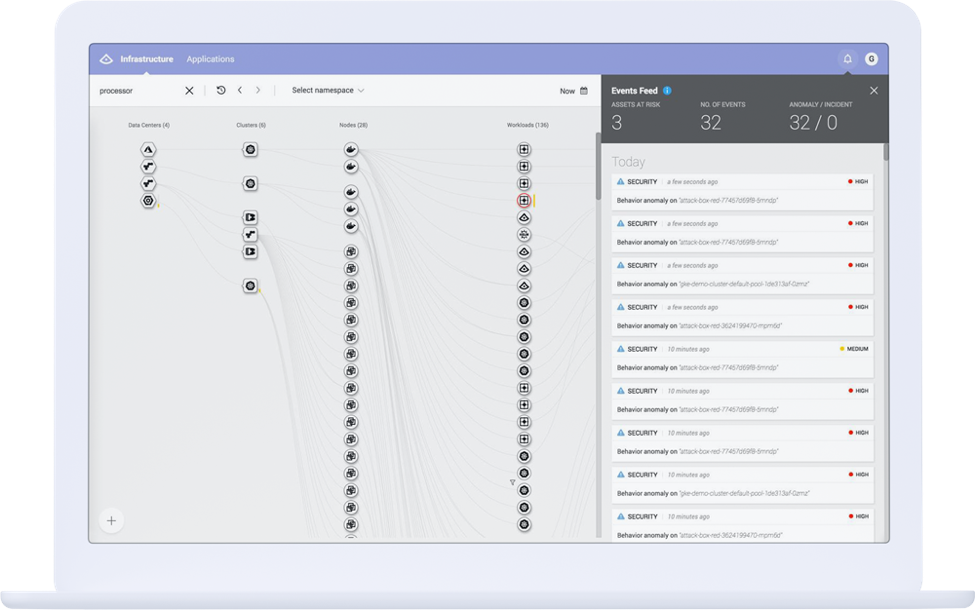 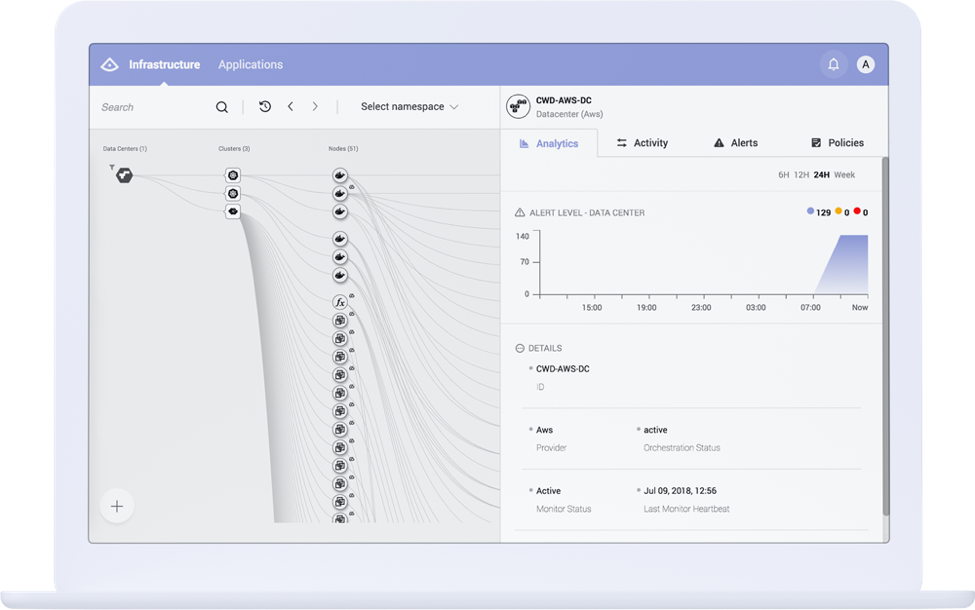 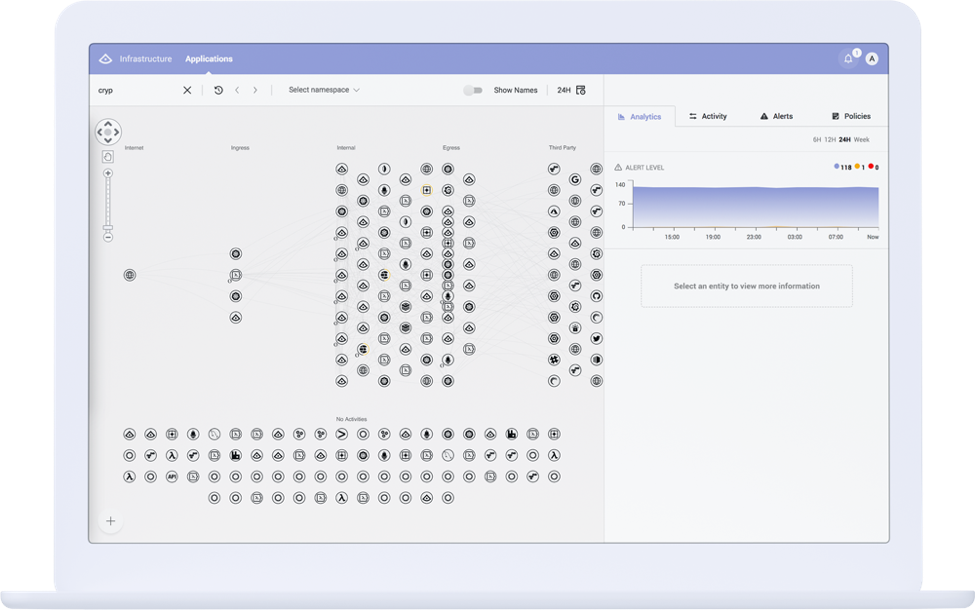 At Alcide, we recently announced a new release of our platform aimed at broadening the scope of the visualization we deliver. We’ve also extended visibility into AWS Lambda and Permissive AWS Security Group changes while enhancing the ways that users receive critical alerts via Slack and Splunk integrations as well as a new Threat Intelligence Feed. This ensures our users never miss a change in their infrastructures, regardless of how complex.

While more traditional visualization tools provide a high-level view into infrastructures and different cloud environments, tools like Alcide go much further by offering a more consolidated top-level view as well as far deeper insight into the actual behavior of applications and environments. The result is greater efficiency on the ops side and peace of mind for security, which is increasingly critical to the success of modern cloud-native businesses.