Beda, Burns and McLuckie: the Creators of Kubernetes Look Back

The open source Kubernetes turns six years old this week. So, on his personal podcast, Dan Papandrea, who is Sysdig's field Chief Technology Officer, has released two new episodes in which he interviews the three founders of Kubernetes: Joe Beda, Craig McLuckie (who both, in 2016, founded Heptio, since acquired by VMware) and  Brendan Burns, who is now a distinguished engineer and corporate vice president at Microsoft.
Jun 10th, 2020 12:33pm by David Cassel 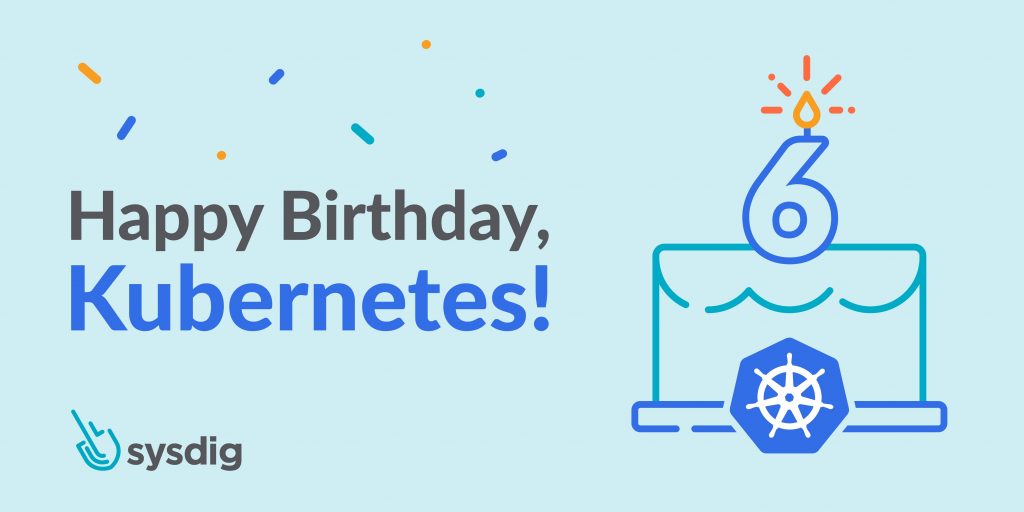 The open source Kubernetes turns six years old this week. So, on his personal podcast, Dan Papandrea, who is Sysdig’s field Chief Technology Officer, has released two new episodes in which he interviews the three founders of Kubernetes: Joe Beda, Craig McLuckie (who both, in 2016, founded Heptio, since acquired by VMware) and Brendan Burns, who is now a distinguished engineer and corporate vice president at Microsoft.

The series provides a chance to finally hear the story in their own words — and it may be the closest we’ll ever get to being in the room where it happened. “While interviewing the ‘Godfathers of Kubernetes,’ I had several emotions,” Papandrea told me.

“I went from awe, to comfort, then fun. All three of them were very gracious and easy to talk to.”

The Birth of Kubernetes

Burns told Papandrea that none of the three founders of Kubernetes had ever worked on Google’s Borg, the in-house cluster manager that served as inspiration for Kubernetes. Instead, they were all working on public cloud, which “heavily recruited from both Amazon and Microsoft. So it was sort of an amalgamation of all these cultures.”

“I’d been working on web-search infrastructure for four years, and when you come back into public cloud and you suddenly start looking, state-of-the-art was like virtual machines and Chef and Puppet,” Burns said. “You’re deploying a Hadoop cluster, and it works 75% of the time — you know, because some script doesn’t download something, or the install doesn’t work. It was really kind of shocking to see the state of the art for people deploying stuff in the public cloud.”

Burns took a moment to thank Docker for making the case for Kubernetes, adding unequivocally that Kubernetes would not have happened without Docker. “What Docker did, which is very hard to do, is that they produced a really great command-line tooling experience, and they really demonstrated in a compelling way, the value proposition. They took all these problems that developers building cloud-based systems had, and they provided solutions for them and put it together in a really compelling package — and convinced people that containers was something they wanted to know about. So they sort of set the stage.”

Burns also remembered that as a fateful turning point. “That was the place where we were like, ‘You know what? We’re going to step in here and do something.’ Because it seemed the right moment to take a lot of experience and a good opportunity to create a new market.”

As a product manager, McLuckie saw the primary point of Kubernetes as disruption. McLuckie and Beda built the Google Compute Engine together. They were proud of the technology, “but it was also clear that at that point AWS had pretty much achieved escape velocity, from our perspective,” McLuckie said. “And we really needed to disrupt the market — as Joe likes to say, shake the snow globe — So the intent behind [Kubernetes] was not to hold onto it, but to bring something to the world that would represent that next innovative line. And as a result, that led to a lot of product decisions and community-shaping decisions.”

Even the name Kubernetes reflects their early focus on the community-building,  Beda remembered. “We’d wanted a name for the project that was not prefixed with Google. We were already thinking from that point, from the very beginning, that we wanted this thing to have an identity that stretched outside of Google.”

And Burns remembered that their user community “wasn’t something that happened by accident. I don’t think we knew exactly where it was going to land, and I know we made mistakes. We should’ve set up governance way earlier. But at the same time, we really did set out to build a community. And we set out to build an ecosystem. We actually literally put someone on-call for Stack Overflow and GitHub and IRC — like literally assigned an engineer, every day, because it just seemed that that sense of getting out and engaging in an almost evangelical kind of way was going to be a critical aspect of succeeding, and building that kind of community that welcomed people in.”

Papandrea also asked Beda if community-building was something they’d set out to do from the beginning, and Beda answers yes.

“A lot of the folks that were early-on with Kubernetes were more senior professional software developers. It was not a project built around somebody’s ego. It was really built around a shared vision. And so the way that people interacted with each other, from the very start, was really about, ‘Let’s get this done, and let’s actually build usage and build something useful,’ versus ‘Hey look at me, I created something.'”

McLuckie saw their community-building as a little bit intelligent design and a little bit happy accident. “The engineers were just good souls. They were naturally collaborative. They were energized by the opportunity to engage with the community. I think if you look at some of the folks that came out of the Borg epoch, they were really eager to share a lot of what they’ve learned.”

When McLuckie is asked what he’s most proud of, he says it’s hard to point to one thing, though he cites the work to help start the Cloud Native Computing Foundation, which now manages Kubernetes. But Burns says the work he’s most proud of is the Kubernetes community, calling it “unique among open source communities.”

“I look at Kubernetes technology, and I’m like, ‘You know what? There were about 20 open source projects that looked and smelled kind of like Kubernetes when Kubernetes came out.’ So it’s kind of hard to be proud about something that anybody could’ve done.”

At this time, The New Stack does not allow comments directly on this website. We invite all readers who wish to discuss a story or leave a comment to visit us on Twitter or Facebook. We also welcome your news tips and feedback via email: feedback@thenewstack.io

SHARE THIS STORY
RELATED STORIES
What Is Apptainer and How Do You Install It on Ubuntu Server? WebAssembly Needs Schedulers, and Kubernetes Doesn't Quite Fit the Bill Deploy a Kubernetes Cluster on Ubuntu Server Using Containerd Can Observability Platforms Prevail over Legacy APM? Connect to Remote Docker Machines with Docker Context
TNS owner Insight Partners is an investor in: The New Stack, Docker, Sysdig.
SHARE THIS STORY
RELATED STORIES
Install Dozzle, a Simple Log File Viewer for Docker .NET 7 Simplifies Route from Code to Cloud for Developers WebAssembly Needs Schedulers, and Kubernetes Doesn't Quite Fit the Bill How to Deploy Containers with nerdctl Case Study: How SeatGeek Adopted HashiCorp’s Nomad
THE NEW STACK UPDATE A newsletter digest of the week’s most important stories & analyses.
The New stack does not sell your information or share it with unaffiliated third parties. By continuing, you agree to our Terms of Use and Privacy Policy.