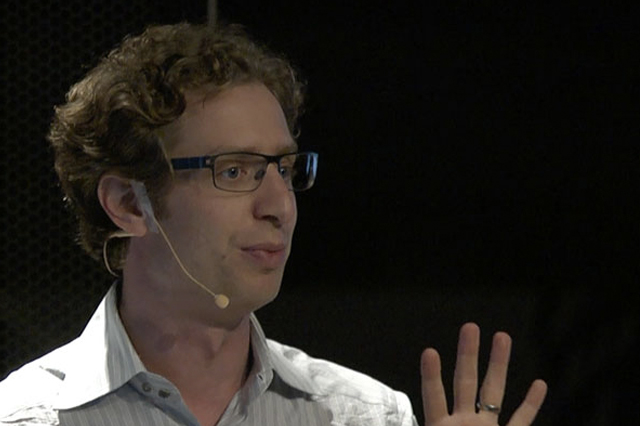 Ethan Kurzweil isn’t just internet royalty (he’s the son of futurist Ray Kurzweil), he’s also got strong opinions about what VCs are looking for in developer platform investments. In a recent Heavybit talk Kurzweil offers the firm’s commandments of spotting and finding a big developer-focussed business. Says Kurzweil,”There are 17 million developers globally… It’s much bigger and goes far beyond the cool kids of Silicon Valley.”

In his talk, Kurzweil highlights some of the early exits in the space including Mashery selling to Intel for $100 million, Layer7 selling to CA Technologies for $155 million, and Braintree selling to eBay for $800 million.

It’s wins like this that prove “developers are their own market” — one that is central to businesses and an estimated $3.7 trillion forecasted in IT spending decisions. Kurzweil and Bessemer have already invested in Twilio, SendGrid and Intercom. This projected growth, as illustrated in its own Bessemer Cloud Computing Index, is just one of the reasons why the firm developed its Commandments of Big Developer-Focused Businesses.

In addition to the above, Kurzweil offers his thoughts on what he wants to see before he makes an investment. For a look at what Seed, Series A and Series B rounds might look for dev companies check out Kurzweil’s complete Heavybit talk.

Dana Oshiro is the Director of Programs for Heavybit– a 9 month SF-based program dedicated to helping companies build developer-facing products and services.

SHARE THIS STORY
RELATED STORIES
Crossplane: A Package-Based Approach to Platform Building The Hidden Costs of 'Free' Internal Developer Portals Internal Developer Portals Can Do More than You Think Surmounting the Challenge of Building Web3 Applications  OpenAI, ChatGPT and the Next Age of 'Build'
TNS owner Insight Partners is an investor in: Optimizely.
SHARE THIS STORY
RELATED STORIES
Test Automation Tools Unite! Why Trust and Autonomy Matter for Cloud Optimization Insights on Integration Tests with Foresight The Hidden Costs of 'Free' Internal Developer Portals Streamline Event Management with Kafka and tmctl
THE NEW STACK UPDATE A newsletter digest of the week’s most important stories & analyses.
The New stack does not sell your information or share it with unaffiliated third parties. By continuing, you agree to our Terms of Use and Privacy Policy.