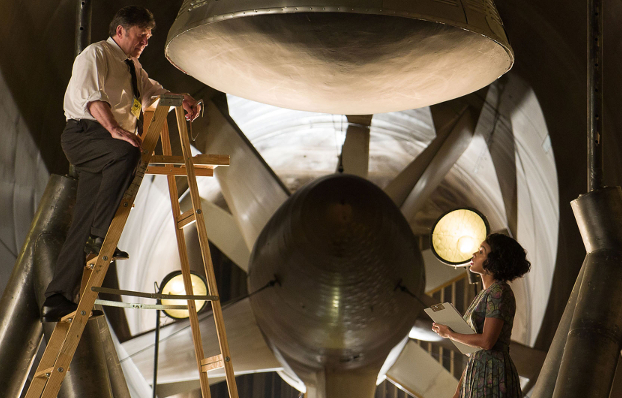 Buzz is building for a new film that dramatizes the lives of NASA’s human “computers” — the female mathematicians who calculated the flight trajectories when John Glenn first orbited the earth. The film focuses on three African-American mathematicians — Katherine Johnson, Dorothy Vaughan, and Mary Jackson — whose inspiring stories have been getting a lot of attention. They were also the subject of a recent book, “Hidden Figures,” which became a New York Times best-seller after its release on September 6th.

And now the film’s release date has been moved up to December 25th — making it eligible to compete for a 2016 Oscar.

Last week the film’s co-producer turned up at the Grace Hopper Celebration of Women in Computing in Houston, Texas. And Monday saw Pharrell Williams releasing songs for the upcoming film.

The online trailers have piqued lots of interest in the film. (“Yes, They let women do some things at NASA, Mr. Johnson,” goes one particularly zingy comeback. “And it’s not because we wear skirts. It’s because we wear glasses.”)

The film is directed by Theodore Melfi, who’s only previous film as a director was “St. Vincent” the 2014 film, which was nominated for a Golden Globe. He also co-authored the script with Allison Schroeder — as well as Margot Lee Shetterly, the author of the best-selling book.

“It’s the responsibility of people like me to tell these stories,” Shetterly told the New York Times, “so that other people can see that this is normal.” Her own father worked at NASA, and she grew up surrounded by positive role models, according to her website.

“As a child, however, I knew so many African-Americans working in science, math and engineering that I thought that’s just what black folks did…” Her dad was “a NASA lifer…who became an internationally respected climate expert. Five of my father’s seven siblings were engineers or technologists. My father’s best friend was an aeronautical engineer. Our next door neighbor was a physics professor.

“There were mathematicians at our church, sonic boom experts in my mother’s sorority and electrical engineers in my parents’ college alumni associations,” she said

NASA was more color-blind than much of the rest of the world, and in her New York Times interview, Shetterly explains the historical reason why.

“They needed all hands on deck… There was a bit of an emergency sensibility a lot of the time,” she said. Shetterly’s father worked at the NASA-Langley Research Center, and she grew up to become a former investment banker, before moving to publishing and editorial consulting. But in 2010 she turned her attention to writing the book, and share her own perspective.

“The black experience isn’t exclusively slavery/civil rights/Obama,” she told the Times. “There are certain stories that are automatically on the trajectory, and anything that’s not on that is hidden in the shadows. Meanwhile, most people live their lives between those dots.”

On her website, she lays out the story of NASA’s female mathematicians: “After the start of World War II, Federal agencies and defense contractors across the country coped with a shortage of male number crunchers by hiring women with math skills.” Female mathematicians analyzed the data from wind tunnel tests, and “Women were thought to be more detail-oriented, their smaller hands better suited for repetitive tasks on the Friden manual adding machines.”

Women were paid less than men doing the same job, and “male engineers, once freed from laborious math work, could focus on more ‘serious’ conceptual and analytical projects.”

NASA heads were “so pleased with the results that, unlike many organizations, they kept the women computers at work after the war,” according to an essay at NASA.gov. By 1953 the growing demands of early space research meant there were openings for African-American computers at Langley Research Center’s Guidance and Navigation Department – and Katherine Johnson found the perfect place to put her extraordinary mathematical skills to work.

“The history that has come together in these pages wasn’t so much hidden as unseen — fragments patiently biding their time in footnotes and family anecdotes and musty folders before returning to view,” Johnson explained in the book. 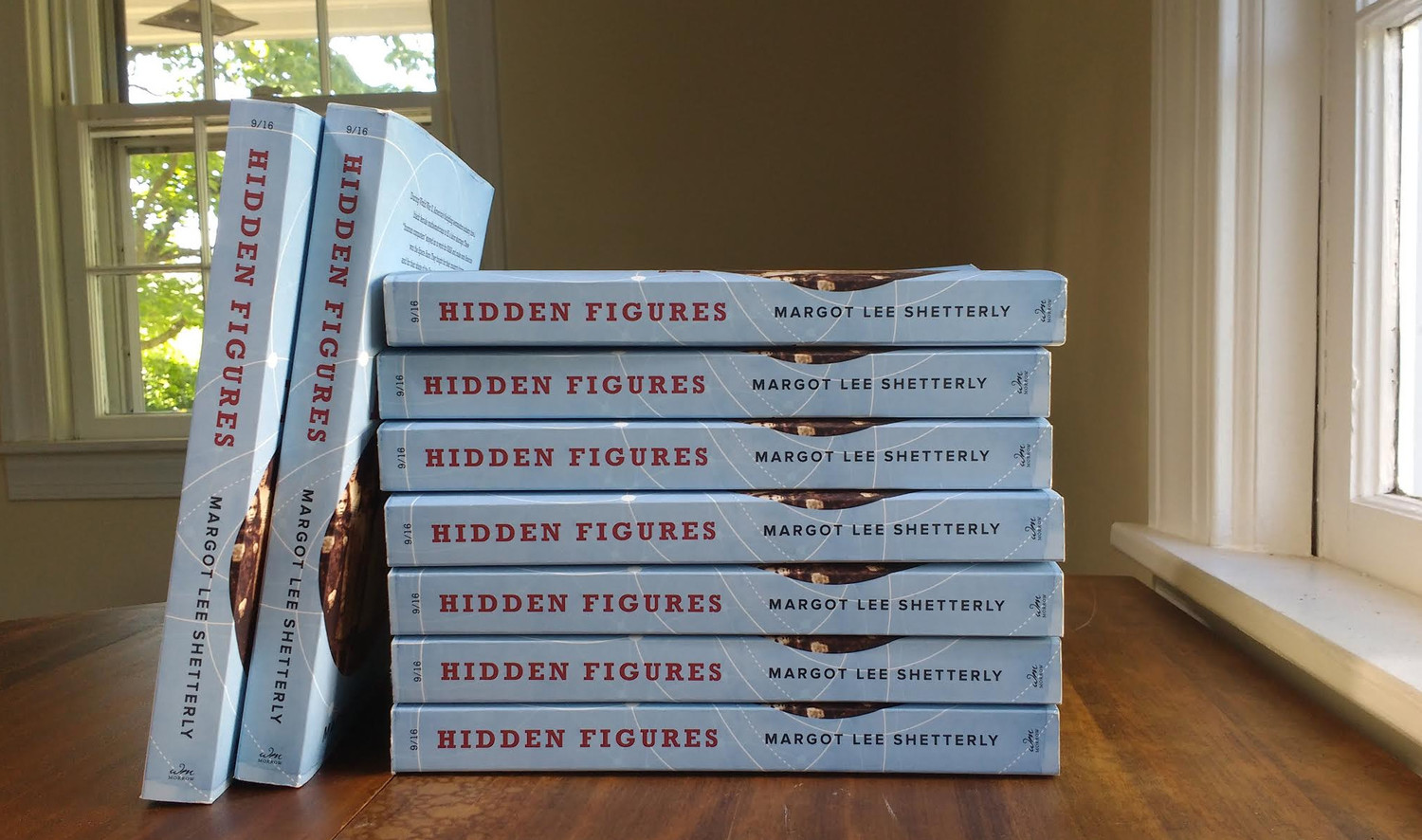 But the story is still relevant today. Shetterly’s site points out that our notion of a scientist “a wild-eyed person in a white lab coat…Mostly male. Even Google, our hive mind, confirms the prevailing view. Just do an image search for the word “scientist.” And in her interview with the New York Times, Shetterly makes an important point about role models.

To that end, Shetterly is also the founder of The Human Computer Project, “an endeavor that is recovering the names and accomplishments of all of the women who worked as computers, mathematicians, scientists and engineers at the NACA and NASA from the 1930s through the 1980s.”

It’s a fascinating piece of history — especially since the women had to overcome two prejudices. Even in 1943, when the Roosevelt administration lifted a World War I-era requirement that job applicants at the Civil Service should indicate their race, sending in an application was only the first hurdle to overcoming racial prejudices.

“If anything, they came with more experience than the white girls, with many years of teaching experience on top of math or science degrees,” Shetterly noted. “With around the clock pressure to test the airplanes queued up in the hangar, engineers would welcome the additional hands. So many of the engineers were Northerners, agnostic on the racial issue, but devout when it came to mathematical talent.”

Which is not to imply Virginia, home of NASA’s Langley Research Center,  had done away with Jim Crow laws, a fact which the movie makes clear. When a NASA official, played by Kevin Costner asks where one of the mathematicians keeps disappearing to, she replies “The colored bathroom is a mile away.”

Now Shetterly has basically open-sourced her research, according to an interview at Space.com. “There were a lot of times when I’d dig into boxes at the National Archive and instead of those lovely preserving archive boxes it’d be some cardboard box that had obviously gotten wet and nobody had looked at the papers since they’d got thrown in there in 1946 or something. My publisher has given me permission to publish notes and make them available on my website, and so I’m trying to figure out when I can actually get that done. If there are other people who are interested in this history who want to use those resources, that would just be incredible to me.

“I really hope that this goes a long way to helping all of us change our perception about what a scientist looks like, what a mathematician looks like, who’s capable of doing that work at the highest level.”