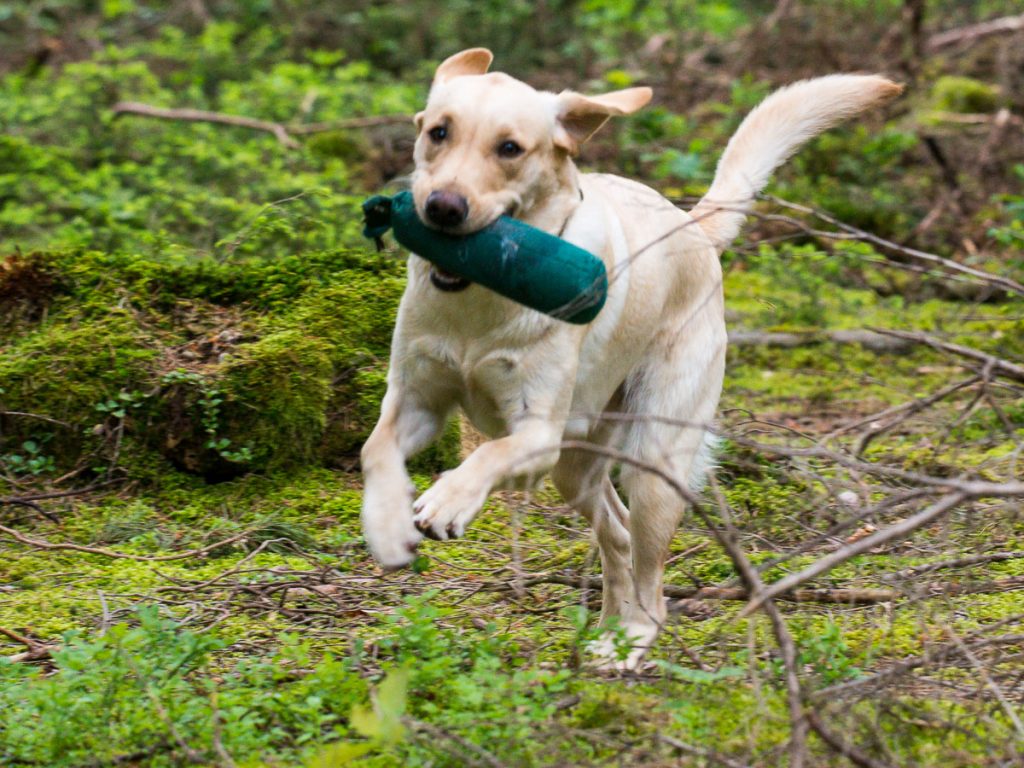 Data analytics is eating the world — in the same way that dogs munch down delicious mouthfuls of doggie kibble. There’s no stopping the digital transformation that’s disrupting our world. But like baffled and bemused pet owners, we can smile proudly and enjoy a thoughtful moment where we stop and consider what it might be trying to tell us.

And sometimes, “a dog can be man’s best friend in analytics, too,” quips Mary E. Shacklett, the president of Transworld Data, a tech research and market development firm.

Last year I looked at ways big data had started creeping into the lives of our pets. Mixed in with the high-definition pet cameras and remotely-operated treat dispensers was a company called FitBark that sells — what else? — fitness trackers for dogs. But interestingly, they’re also collecting data on those dogs, creating a unique and unusual data set.

So far their data analytics team has concluded, among other things, that puppies sleep less than human babies, and Maltese dogs are restless during fireworks.

That data set seems to be functioning more as a novelty for customers — the company also offers an online tool called FitBark Explore, a live (and public) interactive digital map. But this week one market research company noted “exceptional competition” in the emerging “global pet wearable market,” citing at least six major competitors, including Garmin International. And FitBark’s site is already proudly displaying testimonials from academic researchers like Dr. Cathy Wyse, a research fellow at the University of Glasgow, who calls FitBark “part of an exciting new force in science, the generation of big datasets that can take us closer to the truth about the relationship between health and lifestyle.”

“Nobody has ever described dog health, sleep, wellness and behavior at scale,” their website argues.

But this summer saw doggie data being leveraged much more seriously, to greatly maximize the revenue from transactions at a major pet-related business. Camp Bow Wow is a $100 million dog-boarding franchise that also offers other dog-related services like grooming, training and in-home pet care visits. Founded in 2000, it now operates over 140 doggie “camps” and hopes to expand.

At first, it seemed like the exercise might not yield actionable business insights. “We found that Bella was the most popular dog name and that Biggie was more popular than Tupac,” joked Damien D’Emic, the company’s vice president of R&D and analytics, “but what we really wanted to do was cut through that to leverage cuteness and find the right metrics to help us drive our business forward.”

In one 2017 online video, D’Emic explains how he examined the discounts that one franchise made available for long-term boarding stays, and suggested making them available for 10-night periods instead of five-night periods. Ultimately this increased their revenue by about 20% — without losing them a single customer. “Nobody even noticed.”

The video ends by describing data analytics as “a great way to make more money, and service your customers just as well.” But that was just the beginning, and D’Emic had even bigger plans.

Looking around, he realized there are many ways to create an interactive data visualization, and “In the early days, we did this through interns and Microsoft Access,” D’Emic tells TechRepublic. Fortunately, Camp Bow Wow uses its own point-of-sales software, and eventually, they got the idea of connecting it directly to Tableau Software’s business intelligence and data visualization tools. “[A]s Tableau’s data engine became slicker, it was easier to ‘talk’ directly to the POS database by using SQL [to] get to the metrics that drive the business.”

Or, as he tells Search Business Analytics, “We get down to the lowest common denominator on data and get details that can help.”

Interestingly, the company purchased one Tableau license for $400 a year, though they’re now moving to its online version to make it easier for franchisees to view their site-specific numbers for just $15 a month. (About half the franchisees still only hear about their numbers during quarterly meetings.) Every once in a while he finds something tricky about Tableau — “handling of dates and times can be confusing at times” — and since he’s got a unique business, “simple business metrics have to be invented through calculations rather than be available through in-program features.”

Camp Bow Wow refers to D’Emic as their “Data Dog,” describing his mission as “making sure we’re always on the cutting edge of the industry.” And yes, he also owns two dogs. (“We knew that Damien would be the pawfect addition to our team,” jokes the website.) 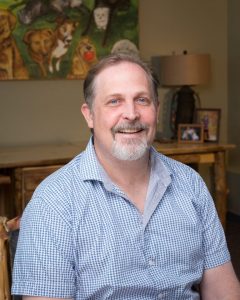 D’Emic tells one online site that he’d soon learned how to use the software just by watching online videos and self-training — and by attending conferences. He’s now urging companies to identify the right metrics — the meaningful numbers that actually increase your bottom line — which even simple analytics tools can bring to the surface. “If you can find the right metrics to look at — distill the business down to a few numbers — you can drive profitability and performance,” D’Emic tells TechTarget

And the software’s user community can help you make the most of your data. “Fellow users are full of useful information,” D’Emic said. “I feel I could have learned in a three-day conference what it took me six months to learn on my own.”

But how do you identify what increases customer loyalty? “It’s harder than with ‘normal’ businesses because our end users — the dogs — can’t talk and say how cool Day Camp was,” D’Emic tells TechRepublic. But they focused on actionable objections, like how to get pet owners to also use their dog-bathing service.

The end result? Camp Bow Wow’s average revenue per franchise more than doubled, from $400,000 to $850,000 per year. “To be clear, it wasn’t just data that was responsible for our success, but the data was a part of it,” D’Emic said. “The metric I am most proud of is that we have nearly doubled the annual sales for the average location since we have rolled out our analytics and focused on the right metrics.”

Camp Bow Wow is now touting this data-analyzing capability to franchises. “If loving dogs is the first quality every Camp Bow Wow owner needs to have, an understanding of good business practices is probably the second…” 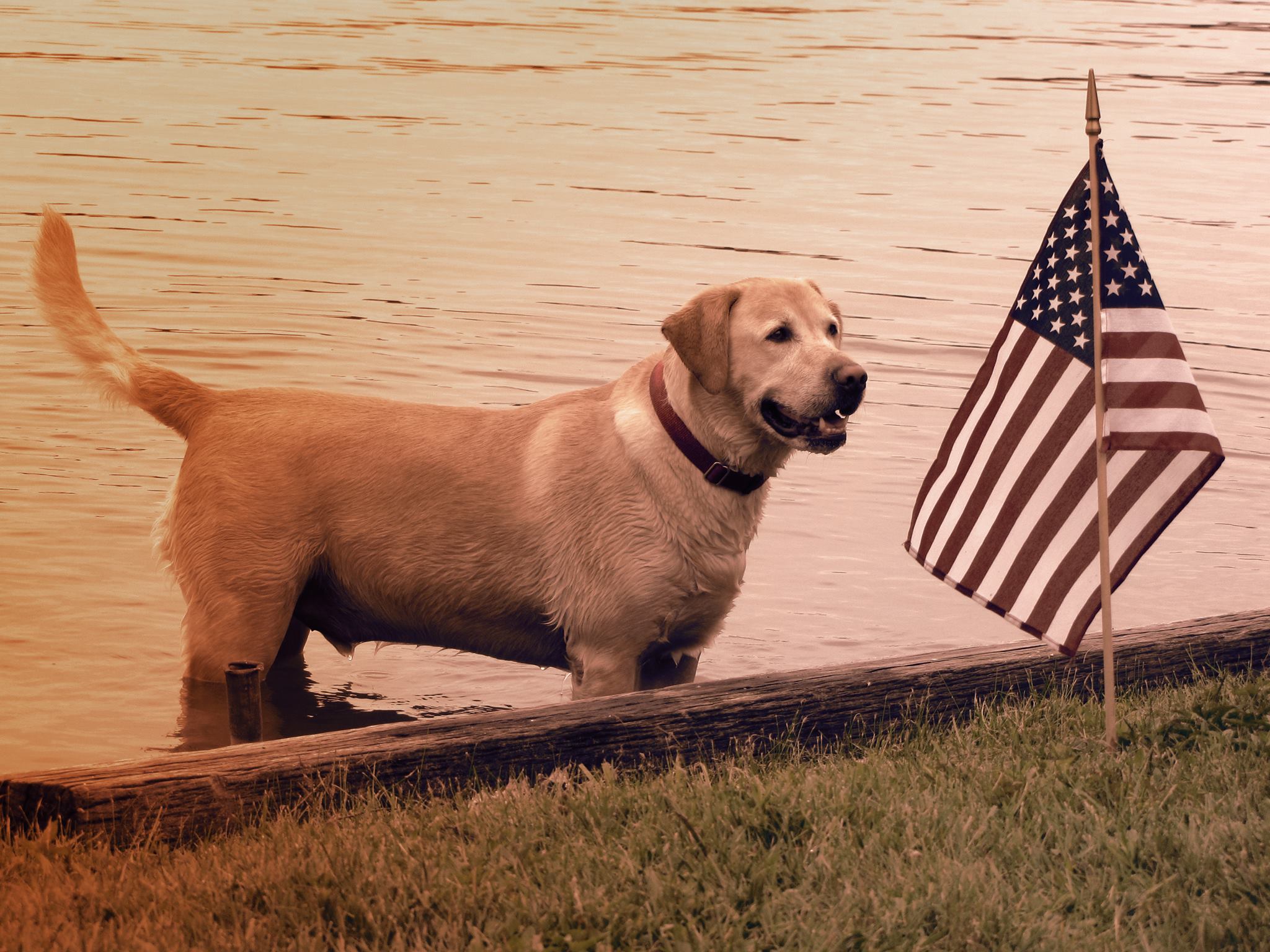 SHARE THIS STORY
RELATED STORIES
FAA Flight Cancellations: A Lesson in Application Resiliency State of the API: Monetizing API Deployment Is on the Rise Entrepreneurship for Engineers: Avoiding Feature Bloat Why Trust and Autonomy Matter for Cloud Optimization Anil Dash on Mastodon Joining Fastly’s Open Source Program
SHARE THIS STORY
RELATED STORIES
Improve the Quality of Your APIs with Spectral Linting GPTZero: An App to Detect AI Authorship OpenSSF Aimed to Stem Open Source Security Problems in 2022 Poisoned Lolip0p PyPI Packages Crypto Winter Puts Dampener on Web3 Developer Growth
THE NEW STACK UPDATE A newsletter digest of the week’s most important stories & analyses.
The New stack does not sell your information or share it with unaffiliated third parties. By continuing, you agree to our Terms of Use and Privacy Policy.