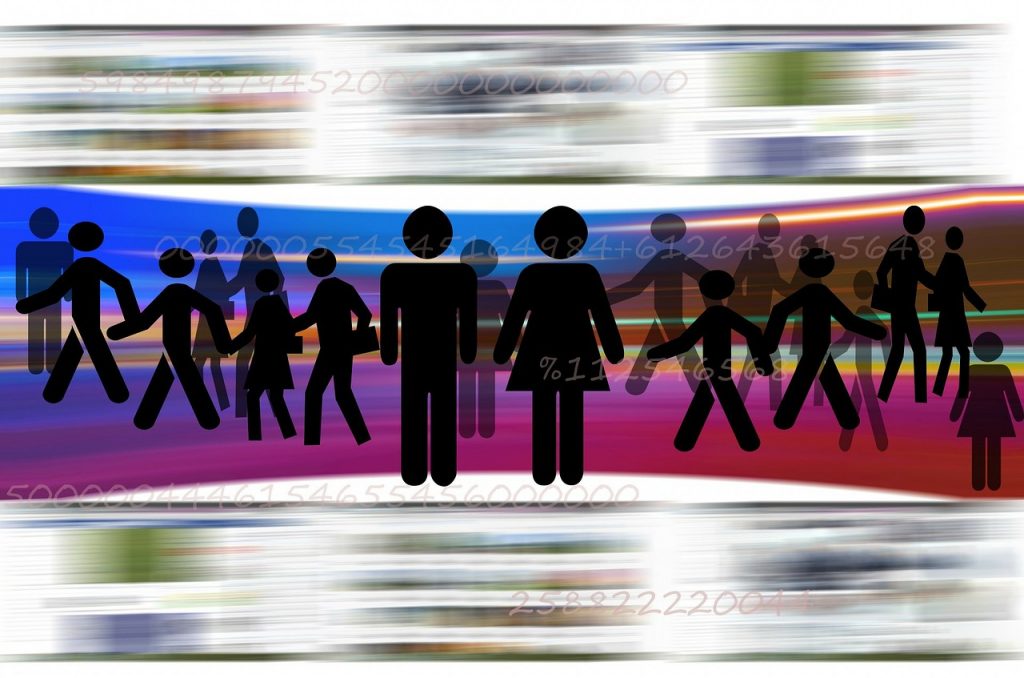 Two Philadelphia co-workers at a resume editing firm — a man and a woman — traded email accounts for a week in 2014, and both learned some important lessons about the latent sexism that still pervades modern culture.

Nicole had the most productive week of her career.
I realized the reason she took longer is bc she had to convince clients to respect her.

They were both handling thousands of resumes from every industry — including the STEM fields (Science, technology, engineering and mathematics) — and Hallberg had been dealing with clients who “mansplained things all the time,” she told Newsweek. But the problems vanished when she switched to the email account of her male co-worker. “People were more receptive, taking me more seriously. They assumed I knew what I was doing. I didn’t have to prove it to them.”

And for Schneider, it was an eye-opening experience.

For the record I've always believed misogyny is real, but I may have underestimated it. Knowing something exists isn't understanding it.

As their story went viral this month, their simple-yet-compelling anecdote provoked a larger online discussion where more men and women shared their experiences in the workplace.

This happens in marketing except also ideas you pitch get declined, then pitched back to you as something they came up with https://t.co/zmzHTEHjlK

One of the most troubling responses came from a man who noticed it when working at a 911 emergency call center.

The fact my wife & my female coworkers don't have a bass voice like me shouldn't make a difference. But it does.

This dismissiveness towards the females wasn’t limited to any one industry. “One of the things I’ve noticed about the responses I’m getting is is that this seems to be pervasive in EVERY INDUSTRY,” Martin posted later. It seemed to be affecting women regardless of their profession — from bakers to butchers to lawyers.

In an essay at Medium, Hallberg told the rest of her story — like what happened when they presented the evidence from their one-week experiment to their boss, which took place in 2014 (both have since moved on to other jobs). She writes that he seemed intent on explaining it away (“There are a thousand reasons why the clients could have reacted differently that way… you have no way of knowing.”)

“I wanted to grab him by the arms and shake him, scream in his face until he heard me, stress cry and scream at the sky until the world made sense. But I did not cry. That would be breaking The Rules that had kept me alive in this company for this long.”

There had always been clues. Hallberg was paid less that Schneider, and received smaller raises, according to Newsweek. In fact, “I knew long before this experiment that my life at this company was always going to be harder,” Hallberg wrote in her Medium essay. “I knew this on my second day.”

Specifically, because her boss had described Martin as a good writer, but one who “tends to get over emotional about things and let that get in the way of his writing. He’s kind of a girl like that…”There was an awkward moment as her boss then tried to backtrack, but Hallberg could read the signs. “I put up my walls and buckled in to try to survive at this job. This wasn’t my first time at this rodeo.”

In fact, both she and Schneider started keeping an eye on the boss, and even “bonded over being awestruck at the casual and not-so-casual moments of sexism” (The boss admitted he’d been reluctant to hire women because “we’ve always had fun here, and I didn’t want the atmosphere to change.”)

And all the attention to the story may be one more step in a positive direction. The results of their ad hoc experiment have now been reported in Bustle, People, Huffington Post, and CIO and even daily newspapers like The New York Daily News, The New Zealand Herald, The Sun, The Daily Mail and The Independent.

Hallberg told Newsweek it’s been “so cool to look and see the responses. So many women have said, ‘Oh my god, thank you for sharing.'”

And she told the Huffington Post that she sympathizes with women who don’t have the luxury of speaking up about the issues, though she adds that staying quiet about the issue “helps perpetuate it.”

But perhaps the most important takeaway from the experience is that it confirms a reality that many women live with every day. “This is bias in action,” wrote CIO. “Unconscious or not, this is what women battle every day we show up to do our jobs.” Newsweek reports the effect has been confirmed by researchers — for example, a study last year that found the number of women selected for job interviews jumped from 5 percent to 54 percent when their gender wasn’t known to prospective employers. And this month The Atlantic wondered if biases were more pronounced in the tech industry because of the industry’s unspoken faith in an inborn brilliance, combined with “a stubborn assumption that genius is a male trait.”

What makes this Twitter experiment so important is it provides a compelling, concrete example of unconscious bias in action. “One thing I really would want to emphasize,” Hallberg told Newsweek, is “that a lot of guys just don’t want to believe this is true and will make excuses and find justifications and reasons why this doesn’t exist.”

And “On the bright side,” wrote Bustle, “at least we’re starting to acknowledge the problem, and that’s the first step toward changing it.”

SHARE THIS STORY
RELATED STORIES
2022 in Review: AI, IT Armies, and Poems about Food Entrepreneurship for Engineers: Avoiding Feature Bloat How Jit Builds a Platform Engineering Mindset in the Cloud The Power and Ethical Dilemma of AI Image Generation Models Why Your Code Sucks: Common Excuses for Bad Programming
SHARE THIS STORY
RELATED STORIES
Snack Stack: Turning Winter Comfort Food up to 11 Donald Knuth's 2022 'Christmas Tree' Lecture Is about Trees How Will Working in Tech Change in 2023? CES 2023: Robots, Astronauts, Schwarzenegger and Flying Cars It Happened to Me: How I Suddenly Owed AWS $13,000...
THE NEW STACK UPDATE A newsletter digest of the week’s most important stories & analyses.
The New stack does not sell your information or share it with unaffiliated third parties. By continuing, you agree to our Terms of Use and Privacy Policy.