Biodegradable Microrobots Made out of Algae Could Help Fight Cancer 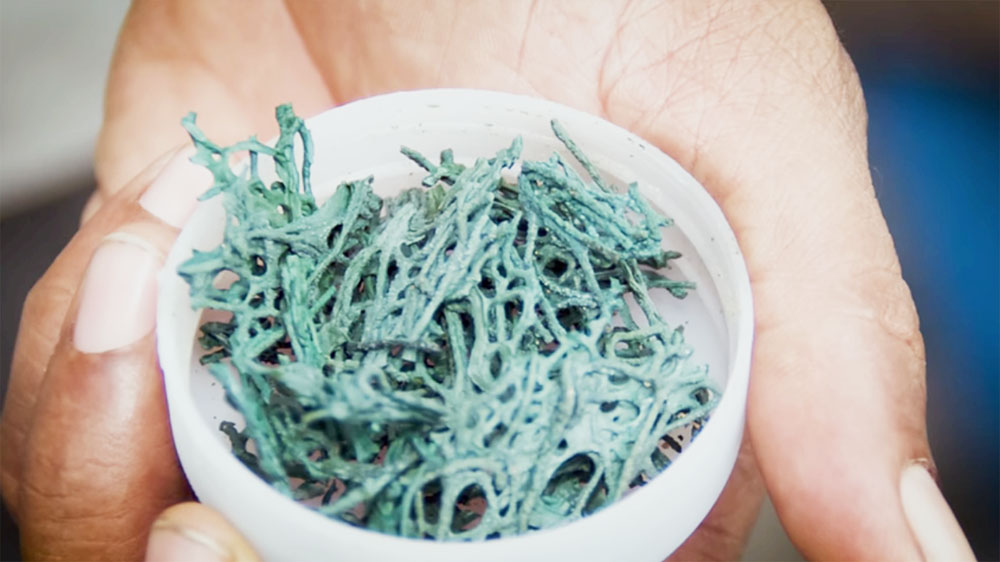 If you’re a big fan of the apparent health benefits of superfoods, then you might have heard of spirulina. These blue-green algae are incredibly high in protein and a great source of antioxidants and B-vitamins when taken as a dietary supplement.

But an international group of researchers from the Chinese University of Hong Kong, and the universities of Manchester and Edinburgh are studying spirulina not for its health benefits, but for the possibility of using them to build non-invasive microrobots that can detect diseases, deliver drugs and even kill cancer cells in the body. Best of all, these tiny algae-based robots can also then biodegrade without harmful effects.

The work, which was published in a recent issue of Science Robotics, is significant because it’s a departure from currently available microrobots, which are typically made with man-made materials that don’t break down easily, which means that they must be either removed surgically or expelled from the body as waste.

“It is pioneering work to develop a biodegradable microrobot as this was rarely seen in the past,” lead researcher and mechanical and automation engineering associate professor Li Zhang told South China Morning Post.

On its own, the microscopic spirulina algae won’t do much in the body, beyond giving its usual nutritional boost. However, the team devised an ingenious way of creating a kind of robotic bio-hybrid by dipping the spirulina in a solution of biocompatible magnetic nanoparticles, made of magnetite (Fe3O4), an iron oxide. These magnetized components can then be directed to specific areas within the body using external magnetic fields. 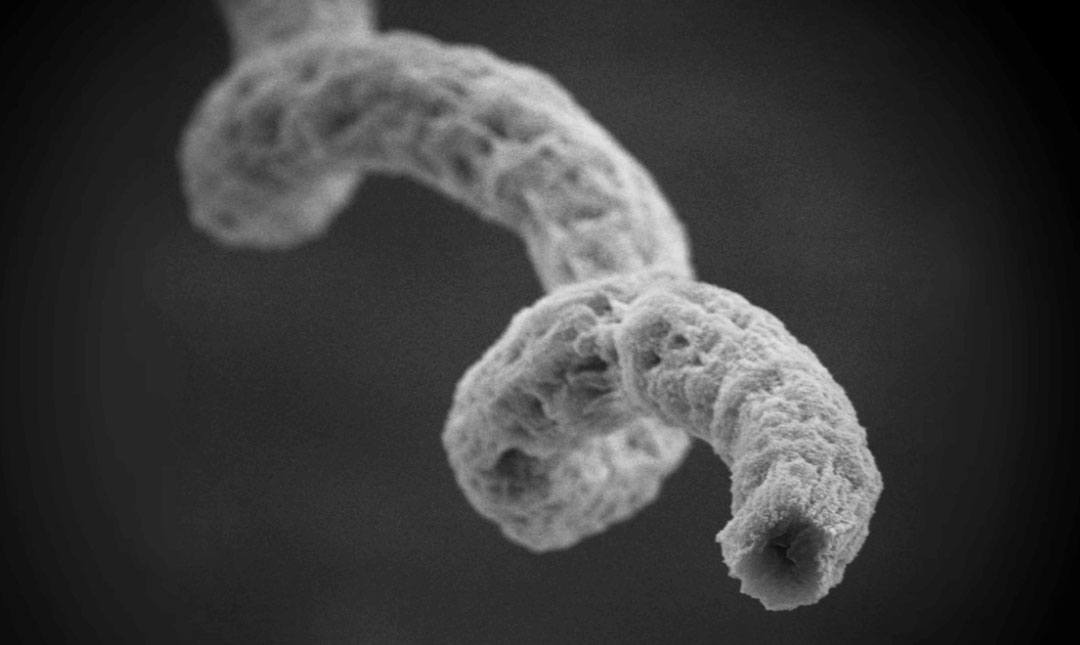 The scientists also exploited the spirulina’s inherent tendency to glow, using a fluorescence microscope to track the progress of these microrobots inside the body. In addition, spirulina’s fluorescent qualities can be used as a way to detect chemical changes within.

“The brightness level of the fluorescence is related to pH value in the surrounding environment,” Zhang explained. “The microrobots can detect whether a pH value is normal.”

For instance, one would be able to see if spirulina microrobots are glowing less intensely in a certain area of the body, indicating a more acidic environment, which in turn may hint at the presence of cancerous cells.

These recent findings build upon a previous experiment, where Zhang and his team initially attempted to build synthetic microrobots that were helically shaped as spirulina, since a helical form can be propelled and controlled easily. So this time around, the team focused on using the micro-algae itself for these tiny, minimally invasive but efficient “microswimmers.” 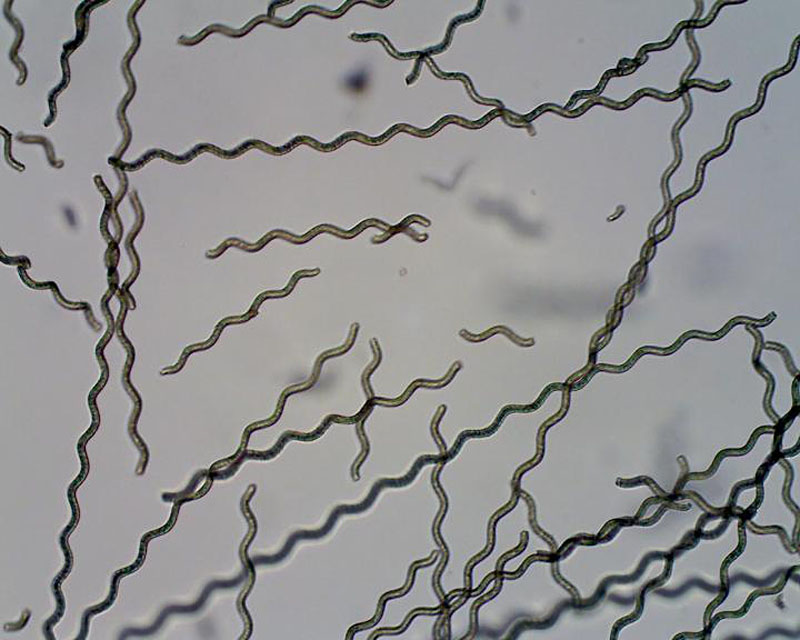 The team’s methods allow for the readapted spirulina to be modified to different degrees, depending on the situation. For instance, the algae can be dipped in magnetic nanoparticles for shorter periods, which means that their fluorescence can be tracked more easily. On the other hand, if they are coated for a longer period of time and therefore more strongly magnetized, they become more easier to control. For deeper areas of the body, such as those inside organs, these microswimmers can still be tracked using nuclear magnetic resonance (NMR).

But what may be the most remarkable is the team’s discovery that when these tiny robots biodegrade, they seem to release some compound that destroys 90 percent of cancer cells, after they are exposed to the spirulina for at least 48 hours in a petri dish. Further testing revealed the same results for eliminating cancerous cells taken from the cervix, liver and skin. It’s an unexpected side effect that could someday translate into a simpler treatment for those suffering from cancer. The researchers also believe that these hybridized micro-robots could also ease the treatment of complex, hard-to-reach regions like the eyes, or the smaller blood vessels of the circulatory system.

For now, the team is working on figuring out how these tiny bots will carry cargo, such as life-saving drugs. But there are still some ways to go before these microrobots can be used in human clinical trials. However, the team envisions that further development of these bio-hybrid bots could lead to a robust system of microrobotic and nanorobotic devices, capable of performing a variety of functions, and potentially destroying cancer in the process as well.

SHARE THIS STORY
RELATED STORIES
OpenAI, ChatGTP and the Next Age of 'Build'  How Platform Engineering Can Improve DevOps Collaboration Generative AI: How Companies Are Using and Scaling AI Models Netlify Acquires Gatsby, Its Struggling Jamstack Competitor How to Get Started Filling 3.4 Million Cybersecurity Jobs
SHARE THIS STORY
RELATED STORIES
Anil Dash on Mastodon Joining Fastly’s Open Source Program How Platform Engineering Can Improve DevOps Collaboration State of the API: Monetizing API Deployment Is on the Rise Poisoned Lolip0p PyPI Packages Feature Flags Are Not Just for Devs
THE NEW STACK UPDATE A newsletter digest of the week’s most important stories & analyses.
The New stack does not sell your information or share it with unaffiliated third parties. By continuing, you agree to our Terms of Use and Privacy Policy.