While self-transforming drones are not new, what's different about this prototype is that it can fly stably without relying on a symmetrical form or losing payload capacity.
Dec 25th, 2018 9:00am by Kimberley Mok 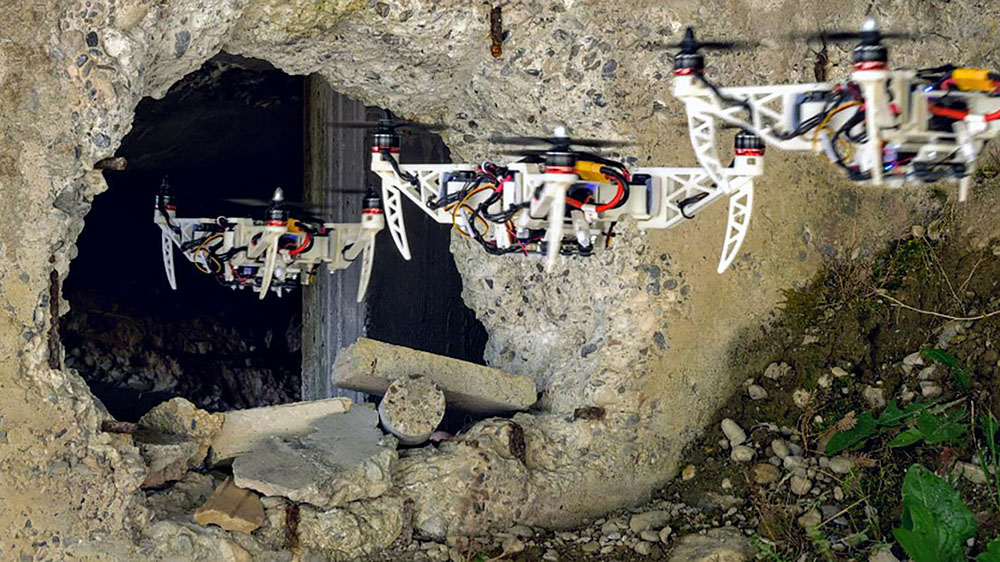 When it comes to creating efficient designs and systems, a growing number of designers and engineers are looking to nature for inspiration, imitating some of the solutions that nature has come up with over millions of years of evolution in order to solve complex problems. This biomimetic approach of learning from nature is the reason why we have airplanes, Velcro and a whole host of other incredibly useful products and systems.

So it makes perfect sense that in order to create a shapeshifting drone, researchers over at University of Zurich and École polytechnique fédérale de Lausanne (EPFL) examined how birds would fold their wings to pass through narrow passages. The idea was to create an autonomous flying device that could transform itself to fit into irregularly shaped nooks and crannies of a damaged building after a disaster like an earthquake, or for finding survivors in search-and-rescue missions, or for other kinds of inspections into spots where a human can’t safely venture.

While self-transforming drones are not new, what’s different about this prototype is that it can fly stably without relying on a symmetrical form or losing payload capacity. It is also relatively easy to control, and doesn’t rely on external motion tracking systems and computers. As University of Zurich researcher and first paper author Davide Falanga explained: “Our solution is quite simple from a mechanical point of view, but it is very versatile and very autonomous, with onboard perception and control systems.”

While self-transforming drones are not new, what’s different about this prototype is that it can fly stably without relying on a symmetrical form or losing payload capacity.

According to them, by a team’s paper, their Foldable Drone features 3D-printed, foldable arms which allows it to change its form in at least three distinct ways during flight: making a shape that looks like an “H”, an “O” or a “T”. Each state serves a different purpose, from fitting into holes or even grasping objects, and as seen in the video above, it can morph between these form states interchangeably, while in the air. Each of these forms were adapted from observing the morphologies of different birds; for instance, the drone’s “H” configuration is derived from how pigeons and swifts adapt their wing surface to optimize their gliding efficiency over a wide range of cruising speeds, or “squeeze” themselves into a smaller shape to glide through a tight space. The Foldable Drone does the same thing, but doesn’t lose too much time nor carrying capacity.

In its unfolded shape, the drone looks like any other standard quadcopter: there is a central rigid body where the battery, sensor and control systems are housed. However, the team used a flexible “planar folding” strategy for the arms and their propellers. Each arm is equipped with a servo-motor, which allows them to change their angular configuration independently of each other for different tasks. For instance, by folding itself into the more narrow-bodied “H” morphology, it can fly through tight, narrow gaps — though this reduces maneuverability along the roll axis, compared to the standard “X” shape. The “O” configuration permits the drone to shrink itself, even more, to fly through small horizontal openings, though once again, there are trade-offs, particularly in terms of maneuverability and efficiency. The “T” shape is well-adapted for exposing the sensors of its central body for inspecting vertical surfaces, as it leaves the front of the drone cleared of any propellers. 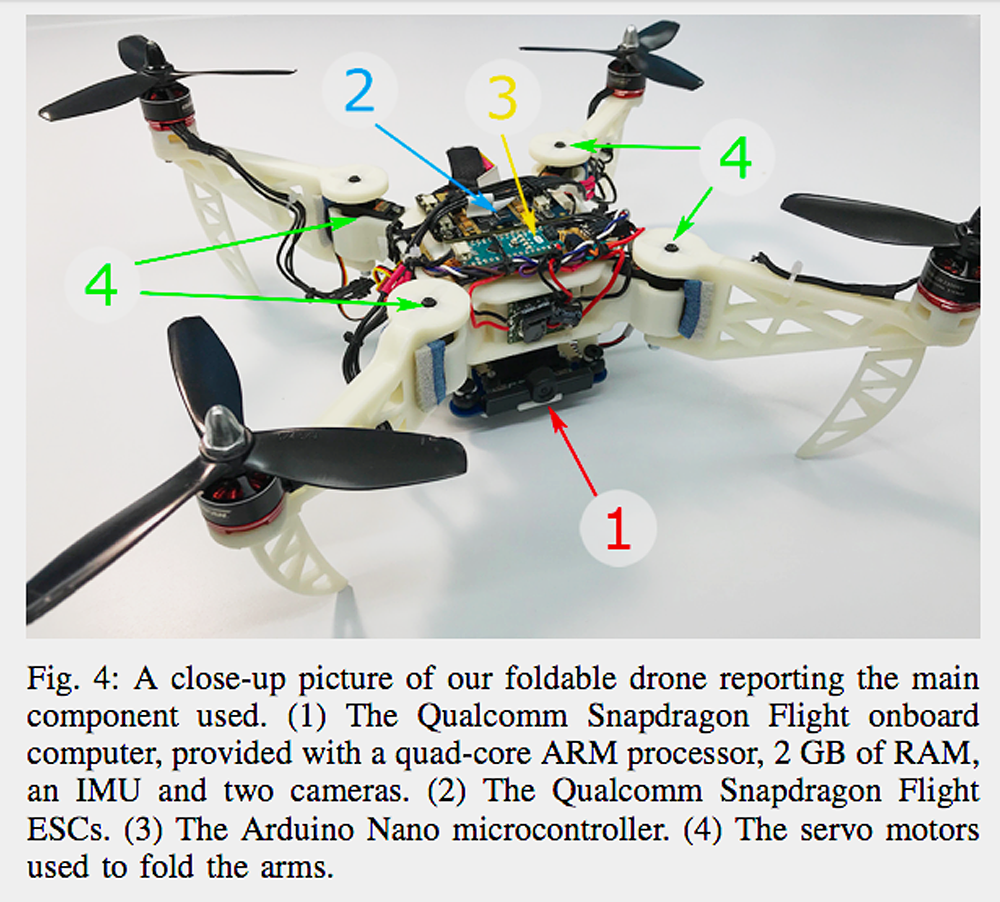 In addition, the team employs an adaptive controller that is capable of keeping the drone steady throughout its transformations by adjusting the thrust of the propellers as the center of gravity changes: “Any time a new morphology is adopted, our adaptive control strategy is updated in real-time to take into account the new geometry of the robot [..]. Also, a morphology-dependent control allocation scheme is used to compute the required propellers speeds.”

The team is now working to enable automatic morphology selection in their prototype, as well as finding a form that will allow for efficient, high-speed flight and making those arms move vertically too, meaning even more flight configurations might be on the horizon. In an era where natural disasters like wildfires, earthquakes and even terrorist attacks seem to be on the rise, such a versatile, shape-changing drone might save a lot of lives.