Bitnami Rethinks the Meaning of ‘Application’ 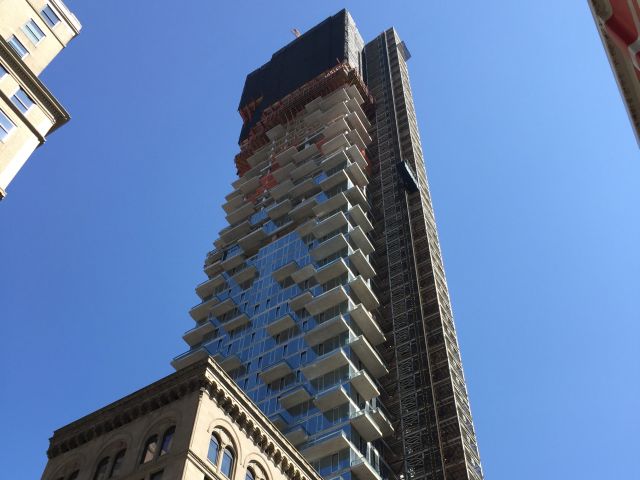 “As an industry, we’re grappling with the consequences of moving to the container-based approach to building applications,” said Simon Bennett, Bitnami’s vice president of products, in a company presentation published in December. “Whether that’s isolating pieces into smaller subsystems, so that they can be tested, integrated, managed, and developed independently, or a more radical, microservices-based architecture, I think we’re in the midst of a shift where people are figuring out, what does this mean for my development team?

It’s exactly what happened at Bitnami itself, as Bennett admitted in a recent interview with The New Stack’s Alex Williams.

“We’ve been packaging open source and commercial applications in a range of formats, for a range of platforms, for a very long time,” said Bennett. “I think there are a couple of nice things about the container-based approach, the first one being, through the container images, you have an immutable unit of deployment. That’s a really nice, convenient abstraction, both from a developer point of view and from an operations point of view.

“One of the things we felt we could contribute to help move the ball forward,” Bitnami’s VP continued, “is building that immutable image is kind of painful right now. You’ve got a lot of limits and shell magic to make it happen. There’s a lot of different ways you can go about these things, and certainly the state of the art around how to build a really great container image is moving pretty rapidly.”

Bitnami was concerned, Bennett remarked, not only with keeping up with the state of the art in such techniques as process management, data volume management, data security, and process optimization, but in repackaging these techniques in the kind of consumable manner that Bitnami’s customers expect. It’s difficult to market a product that customers should not have to know they need. (Just ask anyone in the security products field.)

“We were doing a lot of this work internally and somewhat manually, but realized it would be generally useful for other folks,” said Bennett.

Listen to the interview with Bennett here:

Simon Bennett of Bitnami on Stacksmith

While Bitnami managed to reproduce many of its own internally requested features, as the customer-facing service we now know as Stacksmith, Bennett’s statements to us suggest a realization on Bitnami’s part that we don’t live in a world anymore where applications — the way we used to consider them — can be just installed and run.

“If I’m working inside an insurance company, and I’m building an application for use by my employees,” he said, “I never want that application to be available to other folks. But I’d probably have the same sorts of problems about wanting a trusted base to build my application off of, to want to keep those components up-to-date in the face of performance improvements and security problems; and I want my developers to be as productive as possible.”

The type of productivity Simon Bennett talks about here is really the same type Bitnami has always offered: packages of pre-configured components that organizations have always known to be applications. For some of these customers, containerization may not be so much of a game-changer as an added secret ingredient — the “miracle booster” that gives their applications that extra added kick. Never mind how it works.

“While individual containers are interesting, where things get really powerful is, combining them together,” Bennett told Williams. “Whether it’s Swarm or Helm, or any of that kind of technologies, a lot of the reason why people choose Bitnami is, it’s a pretty complete environment that they can start building on, more or less immediately. They can go back and tune the individual pieces later if they need to, and we’d really like to deliver a similar sort of complete, highly productive environment, in a container-based format.”

Scott M. Fulton III leads the developer content team at Neo4j, and before this, was a 37-year veteran producer and editor, including for The New Stack, where he created the Context podcast. He produced the Scale blog for ZDNet, was...
Read more from Scott M. Fulton III
SHARE THIS STORY
RELATED STORIES
Connect to Remote Docker Machines with Docker Context The Next Evolution of Virtualization Infrastructure 3 Container Practices to Boost Your Security Posture Docker Swarm, a User-Friendly Alternative to Kubernetes Container Security: A Troubling Tale, but Hope on the Horizon
TNS owner Insight Partners is an investor in: The New Stack.
SHARE THIS STORY
RELATED STORIES
WebAssembly vs. Kubernetes Container Security: A Troubling Tale, but Hope on the Horizon Application Storage Is Complex. Can Automation Simplify It? Data, Analytics and AI: What Will Happen in 2023 4 Ways to Use Kernel Security Features for Process Monitoring
THE NEW STACK UPDATE A newsletter digest of the week’s most important stories & analyses.
The New stack does not sell your information or share it with unaffiliated third parties. By continuing, you agree to our Terms of Use and Privacy Policy.