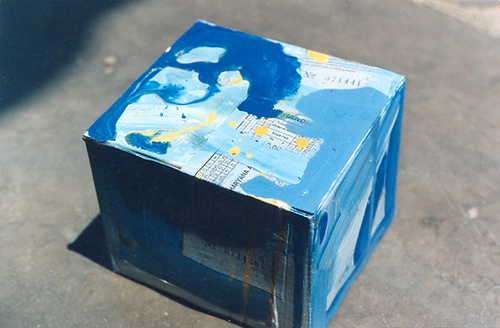 Seattle-based private-cloud-as-a-service (PCaaS) vendor Blue Box has completed its Series B financing round at $14 million. It announced in October it had raised $10 million, backed by Voyager Capital and Founders Collective, an earlier announced strategic investor, and the Blue Box executive team. It has added an unnamed integrated telecommunications provider, which plans to offer Blue Box technology to its customers.

The company’s Blue Box Cloud, a managed, hosted private cloud on dedicated hardware, was released to general availability last May.

In November, it rolled out partnerships with Nimble Storage, database offerings powered by Tesora and with Juniper on networking, moves Ben Kepes at Forbes sees as a maturing of the company. In December, it announced a partnership with Mendix for rapid application development.

It was named a strong performer in its first year of participation in the Forrester Wave, which scores vendors on factors such as pricing, third-party ecosystem and customer satisfaction.

While 11 percent of North American and European enterprise reported using a private cloud in 2012, that number grew to 21 percent in 2013, but fell to 19 percent in 2014.

With the true hybrid cloud still a ways off, the market for private cloud technology is growing faster than both the public and hybrid platform-as-a-service models, according to Research and Markets. It expects a compound annual growth rate of 25.7 percent in the overall PaaS market through 2020.

PaaS, it says, makes sense for application and service development, because it reduces the cost for scaling the system, and allows resource sharing, life-cycle management, and automated deployment.

However, the private cloud remains too complex for most users, according to analyst Enrico Signoretti, writing at The Register.

Arthur Cole, who covers infrastructure at IT Business Edge, foresees increasing popularity for dedicated, hosted infrastructure provided by a third-party.

“But remember, “ he warns, “this is not a multi-tenanted, public cloud service like Amazon or Box. Dedicated infrastructure costs are higher, and as the cluster scales outward there is a point at which building your own infrastructure becomes more cost effective.”

He foresees PCaaS being one of several solutions — others being an in-house private cloud or shared public services — that will ultimately be shaped into the multiple cloud architectures that will support the application throughout its lifecycle.

Donnie Berkholz, senior analyst at RedMonk, said he was making the case two years ago that that everyone would eventually develop online, using open building blocks — be it open source or open APIs — and deploy to a PaaS.

“In the long term, I expect hosted or managed options to win as the margins reach near-equality with the costs that customers would otherwise pay to host and maintain on-premises alternatives,” Berkholz said.

One of the biggest problems will be data gravity, he says, as the cost and time required to transfer data among multiple providers becomes the key blocker to multi-cloud and hybrid-cloud deployments.

Indeed, a study from Compuware found that nearly 80 percent of cloud users feel their SLAs are “too simplistic” and gloss over a number of management, security and other risk factors, including the effect of traffic on performance.

“The question of the private cloud as a service becomes largely one of definition and buyer perception,” Berkholz said. “To the customer, is a hosted private cloud meaningfully different from using VPC and other isolation options on AWS? One of the core value propositions that hosted private options haven’t fully leveraged is the ecosystem, which is how they battle data gravity. If you’re hosting a variety of third-party providers in a single data center, suddenly the gravity gets a lot lower as transfer becomes quick and cheap.”

Blue Box had just 12 customers at the time of the Forrester Wave evaluation, according to the report, but those customers report it solves their problems. Two of the three references that Blue Box submitted provide direct access to the service for their developers. It listed Blue Box’s key strengths as control options, strong user interface, support options, and a solid third-party ecosystem based on OpenStack. As a small cloud-first vendor, its limitations include SLAs, breadth of storage options, and global presence, according to the report.

Susan Hall is the Sponsor Editor for The New Stack. Her job is to help sponsors attain the widest readership possible for their contributed content. She has written for The New Stack since its early days, as well as sites...
Read more from Susan Hall
SHARE THIS STORY
RELATED STORIES
How Paylocity Scaled Up Community in the Cloud with MongoDB Takeaways from the ESG GitOps and Shift Left Security Survey Open Source Underpins a Home Furnishings Provider’s Global Ambitions What Do 'Cloud Native' and 'Kubernetes' Even Mean? .NET 7 Simplifies Route from Code to Cloud for Developers
SHARE THIS STORY
RELATED STORIES
3 Essential Tips for Adopting DevSecOps Livin’ Kubernetes on the (Immutable) Edge with Kairos Project 3 Ways an Internal Developer Portal Boosts Developer Productivity The Rise of the Kubernetes Native Database How Donating Open Source Code Can Advance Your Career
THE NEW STACK UPDATE A newsletter digest of the week’s most important stories & analyses.
The New stack does not sell your information or share it with unaffiliated third parties. By continuing, you agree to our Terms of Use and Privacy Policy.