RLY Protocol gives dApp developers a way to build token economics into their applications, without necessarily needing to create a new token.
Aug 23rd, 2022 6:00am by Jake Ludington 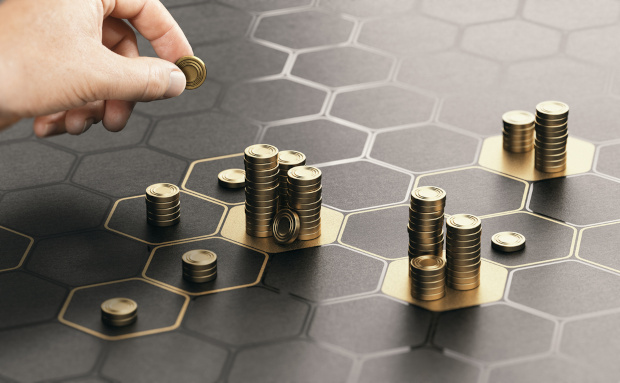 Decentralized applications (dApps) frequently include an economic structure designed to encourage adoption and keep users engaged as the application matures. Some examples include rewarding users for signing in a certain number of days in a row or giving bonuses for completing specific activities. Establishing the underlying economic structure for these rewards can be complicated if you are attempting to do it from scratch because creating your own token economy comes with a fair amount of complexity. Assuming you sort out any regulatory requirements with your legal counsel, you still need to engage exchanges and market makers in order to get your new token listed and available for buyers, along with a liquidity pool so that people can cash out if they want to.

RLY Protocol is attempting to remove this complexity for dApp developers by providing a solution developers can build into their applications today, without needing to go through all the steps of creating a market for another new token. In an interview with The New Stack, Gagan Palrecha, COO of RLY Network Association, said, “RLY exists to make building token economies easier. The whole point of the RLY Protocol is that we obfuscate the operational complexity of setting up a token economy. We do that with open source smart contracts. Today you can use RLY on FLOW, Ethereum [and] Solana, with Polygon support coming soon [and] a long-term plan to support all EVM compatible chains.”

Adding RLY to Your Application’s Economics

The easiest way to integrate RLY into your application is to use RLY tokens directly. By doing this, you are using a coin that is already traded on a number of exchanges and can be readily converted to other blockchain tokens or fiat currency with relative ease. The other advantage of using RLY tokens directly is access to RLY Rewards, which is an incentive structure that developers can use to further dApp engagement.

Palrecha explains, “By using the token within your application, you enable RLY Rewards. We deliver rewards in the form of RLY tokens to developers to help them bootstrap into introducing the token to their community and incentivize growth within their community. Rewards to developers are based on the number of transactions, number of wallets, and total value locked.”

An example of this use of RLY tokens is Joyride Games. According to DappRadar, its app, Solitaire Blitz (a game created on the FLOW blockchain) is in the top 10 games by transaction volume across all blockchains over the last 30 days, ranking third behind Alien Worlds (WAX blockchain) and Axie Infinity (Ronin blockchain) for a total number of users. Solitaire Blitz uses RLY as its in-game currency. Palrecha estimates that Joyride is generating at least $100,000 per week in RLY Rewards through their use of the token. “What we are finding is that the rewards are supplementing the RLY [that] people are buying to use in the games,” Palrecha said. “They are getting more involved in the game because they have more funds available, but no one is bridging those funds to cash out.” It’s also worth noting that Solitaire Blitz isn’t currently available in the United States.

Launching Your Own Token With RLY Protocol

Some developers are using the RLY token bonding contracts to create their own token. There are a variety of reasons you might choose to do this, including tighter branding to your application, or designing your own economy from scratch. These tokens are tied directly to RLY through a bonding curve. In very simple terms, you as the developer decide how many tokens to issue for each RLY token that exists.

There are a number of approaches to setting up a token bonding contract. Justin Goro offers a detailed explanation on Medium. RLY Protocol token bonding contracts tie the new tokens you create to RLY, so that the total number of available tokens is based on the bonding curve you define at issuance in combination with the supply of RLY tokens. By tying to an existing liquid token, users have the ability to cash out to some other currency without the previously mentioned complexity of needing to establish a liquid market for your tokens.

You can check out RLY Network’s typescript library, command line interface tool, and example apps for the Solana blockchain on GitHub. They also maintain a live React demo. Most questions about how to use the RLY Protocol open source smart contracts to create your own token bonding curve are answered in their Discord.

One thing using RLY doesn’t solve for is the need to engage your legal counsel to determine how your economic structure will be received in any jurisdiction where you plan to do business. It’s also worth noting that Palrecha stated that using RLY to create a token economy is not intended to be a fundraising solution the way an initial coin offering (ICO) might be, but is meant to make designing an economy for your dApp much easier.

SHARE THIS STORY
RELATED STORIES
2023 Web Tech Check-in: React Performance, PWAs, iOS Browsers Anil Dash on Mastodon Joining Fastly’s Open Source Program Google Brings Rust into Chromium Project Learning Storage and Retrieval with a Hash Function Angular vs. React: How to Choose the Right Framework for You
TNS owner Insight Partners is an investor in: The New Stack.
SHARE THIS STORY
RELATED STORIES
Google Touts Web-Based Machine Learning with TensorFlow.js Generative AI: How Companies Are Using and Scaling AI Models The 'S' Word: How Frontend Developers Can Embrace Security Wasm for the Frontend: A Look at Developer Use Cases What Rust Brings to Frontend and Web Development
THE NEW STACK UPDATE A newsletter digest of the week’s most important stories & analyses.
The New stack does not sell your information or share it with unaffiliated third parties. By continuing, you agree to our Terms of Use and Privacy Policy.