Brendan Eich on How JavaScript Survived the Browser Wars 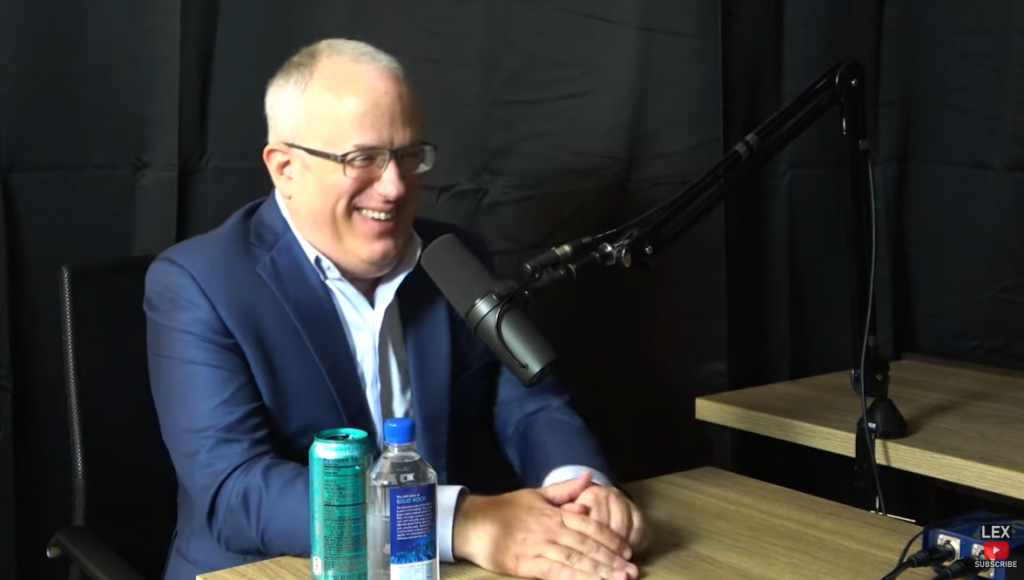 Last month saw an interesting remembrance of internet history on the podcast of Lex Fridman, an AI researcher at the Massachusetts Institute of Technology. Fridman sat down for a three-hour conversation with Brendan Eich, a man best known as the original creator of the JavaScript programming language.

As their conversation speeds along, Eich filled in the details of that moment in time, sharing his own insights, pronouncements on programming languages, and what he sees when he looks back.

He remembered the excitement of the defining battles in the early days of the web — the quarter-century of browser innovation that followed. Eich went on to co-found the Mozilla community, as well as the Mozilla Foundation, which develops open source projects like the Firefox web browser, and in 2015 became the CEO of Brave Software, which created the innovative ad-blocking web browser Brave.

So finally, Eich shared some thoughts on what it all ultimately meant.

Fridman called it “one of my favorite conversations ever.”

Innovating on the Standard

Eich had graduated from college in a pre-web era in which no single network standard was clearly dominant. “Nobody knew in the 1980s what was going to win. All the proprietary stacks like IBM’s Systems Network Architecture and DECnet and all these other protocols were saying ‘We’re going to do it!’ or ‘It’s going to be a heterogeneous future!’

“Instead it was Berkeley Unix and the TCP/IP stack that dated back to the ARPANET that won. And I think we knew it. We all knew it at SGI, but the salespeople didn’t, and so they kept trying to get multiple network stacks into operating.”

But that’s not the only time Eich witnessed the birth of a standard. Browsing the internet before 1993 had involved “text-y” applications for reading email and Usenet newsgroups, Eich remembers — until this changed with the release of the Mosaic browser, created by Marc Andreessen and Eric Bina, who were then programmers working at the National Center for Supercomputing Applications at the University of Illinois at Urbana-Champaign. It was the first web browser that displayed images within a web page.

In 1994, Andreessen went on to found Netscape, the company behind the groundbreaking Netscape browser (originally called Mosaic). But Eich points out something about internet history which is often overlooked: the two programmers “innovated on the HTML standard. In particular, Marc sent this email saying, ‘Hey everybody, we think you should be able to put an image in a page.’ And you know when he sent that, Eric Bina had already written the code.

“I talked to Tim Berners-Lee more recently just a few years ago, and he was like, ‘Aw, we had another way of doing it.’ And it didn’t work out, because Marc shipped his in Mosaic.” 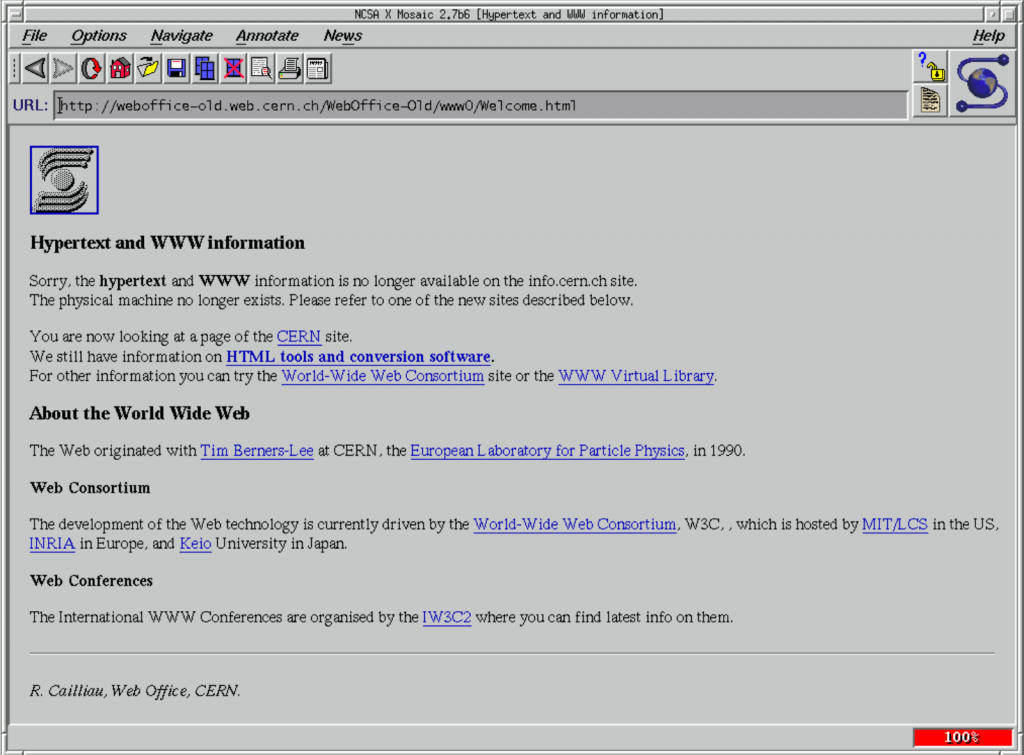 Eich said he learned a few things from the incident. “The internet meant there was a huge first-mover advantage, and being fast, getting on first, mattered a lot.” He later acknowledges the JavaScript programming language, which he created in 10 days for Netscape Navigator, achieved something similar. “I’m not saying that was the best language, I’m just saying that was the right time to do it. And I like to say the alternative was not to do it. I could’ve told Netscape, ‘I can’t do this. It’s too rushed.'”

Eich created JavaScript to give web developers an informal “glue language” that could program parts of a web page and let them respond to user actions.

The language had to be finished within 10 days for a crucial demo. Asked if he got any sleep, Eich replies, “Not enough.” And in the months that followed, “We had a bunch of dot releases where we fixed security bugs like maniacs.”

But it was a time of dreaming big, and Eich also remembers brainstorming with Andreessen, who before their IPO was making bold claims like “Netscape plus Java kills Windows” and daring to imagine the farthest possible implications of a world where programs are being run by your web browser. “He was ambitious, and he wanted to have Netscape possibly be in control of the ball,” he said.

But of course, they were also always aware of a looming threat from Microsoft.

Of course, Microsoft’s Internet Explorer, which was a close copy to Netscape Navigator, went on to be the most widely-used browser, at one point commanding 95% of the browser market. Eich said that Netscape was “mercilessly crushed” by Microsoft — which among other things had begun selling its server software at a reduced price to undercut Netscape’s cashflow in a crucial area. Netscape itself was acquired by America Online. The browser’s code was open sourced, thus forming the basis for what would become Firefox.

Fridman asked Eich how he felt about Microsoft’s role in developing competing browsers throughout the years, ultimately phrasing the question this way: “Is the world worse off because Internet Explorer exists?” But Eich first distinguishes between Microsoft of today and Microsoft, which “back then,” Bill Gates was an “aggressive character, not really original, in my view — not an originator.”

“That’s why everybody at Netscape felt, ‘We’re doomed.'”

He added, “Apple did it with Safari too. It’s not unique to Microsoft.”

But he remains proud of the innovation that happened at Netscape that “really started making a programmable stack out of what were pretty static web languages.” And also the work he did to help JavaScript evolve.

“I was in there doing a bunch of people’s jobs, making JavaScript survive those early years, when it was kind of touch and go, right? JavaScript was considered a Mickey Mouse language, it was for annoyances like the scrolling text at the bottom of the browser in the status bar. But I kept listening to developers, working with them, and trying to make it run in that single-threaded event loop in a useful way. And I think that forged something that people have come to love.”

But he also has some interesting thoughts about what keeps JavaScript robust. “People who don’t reject it based on some sort of fashion judgment do use it, and do interact with the standards body. The standards body is competing browser vendors mainly, but also now big companies that use JavaScript heavily — the PayPals and other such companies, Salesforce. And they have to cater to web developers. They have to hire developers who know JavaScript, they have to keep their engines up to the latest standard — and this creates all this sort of social structure around JavaScript that is unusual…”

Eich contrasts this to the community following the inner workings of a language like C++. “It’s a more rarefied group. It’s more like the old language gray hairs. Whereas JavaScript is a younger and more vibrant and large crowd.”