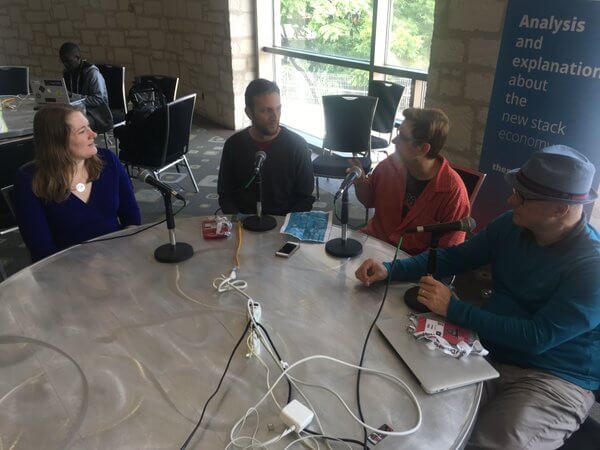 Earlier this year, Bitergia conducted a gender analysis to dig deeper into who was actually involved with the OpenStack community. The results were quite shocking, showing that only 11 percent of the entire OpenStack population identify as women. Team leaders across the industry took notice, with many asking how they could improve diversity not only within their communities but their hiring practices.

In this episode of The New Stack Makers embedded below, we address the issue of how to build diverse communities within open source, how and why companies should focus on enacting hiring practices that are inclusive and welcoming of diverse candidates, and the ways in which the increased visibility on diversity in technology impacts marginalized individuals in the workplace. The New Stack founder Alex Williams sat down with DreamFactory developer relations manager Jessica Rose, Bitergia co-founder and chief data officer Daniel Izquierdo, and director of community development at Red Hat OpenShift, Diane Mueller to hear their thoughts during this year’s OSCON.

Mueller began the conversation by recapping how the discussion around diversity statistics in technology gathered at Open Stack Tokyo 2015. Izquierdo was part of the team that conducted and created the survey that circulated through the Open Stack community. While seeing the concrete numbers reflected back was an eye-opener for many companies, Mueller noted that this could have a dark side — Treating people like diversity checkboxes rather than valuing them as part of their team with their own unique experiences, skills, and value to bring to the table beyond filling an internal, ‘diversity quota.’

“It’s usually well-intentioned, but it’s not the most supportive way to bring people in… Just to fill in a number,” said Mueller.

Rose added that as communities grow, they should focus on creating a more diverse work environment without doing so merely to avoid getting criticism. “You see teams ask themselves, ‘Are we going to get in trouble for a lack of diversity on our team?’ It can get less well intentioned, where you have people saying ‘Let’s get someone in so we don’t get fussed at,’ I think this idea that ‘Oh, we don’t have enough diverse talent to represent this community or company’ is absolutely bullshit.”

Mueller attended university as part of a computer science class with only three students that identified as women. Today, she notes that one of the most profound things individuals can do to help increase diversity in their own organization is to know when to give someone else a turn to speak. “When you’re in a team, it’s about giving a space for someone to have a voice, or lending them access to expertise. It’s giving people the opportunity to participate and be recognized for their expertise. What you need to do is make space for their voices to be in the conversation.”