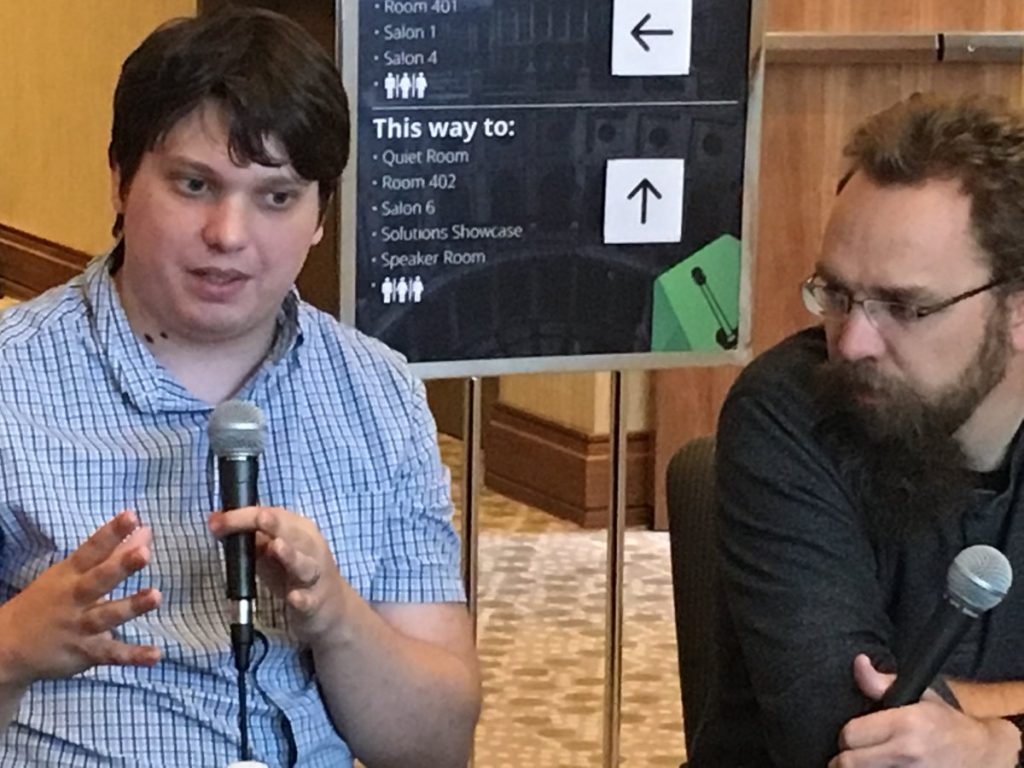 With the continued growth of the Node.js ecosystem, both developers and businesses have found themselves struggling with how to best curate, manage, and secure their Node modules. On today’s episode of The New Stack Makers podcast, GoDaddy Senior Software Engineer Bradley Farias, and IBM Node.js Technical Lead James Snell were interviewed by TNS founder Alex Williams and industry veteran Darryl Taft at Node.js Interactive held earlier this month in Austin, Texas. The group discussed the need for stronger curation tools within the ecosystem, and the progression of the ECMA working group TC-39 within the Node.js community, and more.

Bringing Clarity to the Future of Node.js Modules

Modules present a variety of challenges when getting started with Node.js, particularly for enterprises. “It’s really hard to figure out where to start. Which modules should be used for which purposes, right? That’s kind of a big missing piece of the puzzle, is which modules are good, which are supported, which can I really depend on if I’m building a business? Being able to pick out which of those pieces are ideal is something that’s not being handled well right now,” said Snell.

With no formal roadmap for how Node updates and improvements are handled, Snell went on to highlight the fact that it’s not just the Node community’s input that matters there, but the rest of the community.

Ultimately, as the future of Node.js modules continues to shift toward an eventual TC-39 style, many developers will find themselves having to make difficult choices while still ensuring their old modules remain supported over any possible transition period. Farias cast a skeptical outlook on the community’s pushes to advance rapidly, noting that they should focus on the issues at hand first.