Bryan Cantrill on Rust and the Future of Low-Latency Systems

Why the future of low-latency systems will include Rust programs in some surprising places.
Sep 6th, 2022 10:17am by Cynthia Dunlop 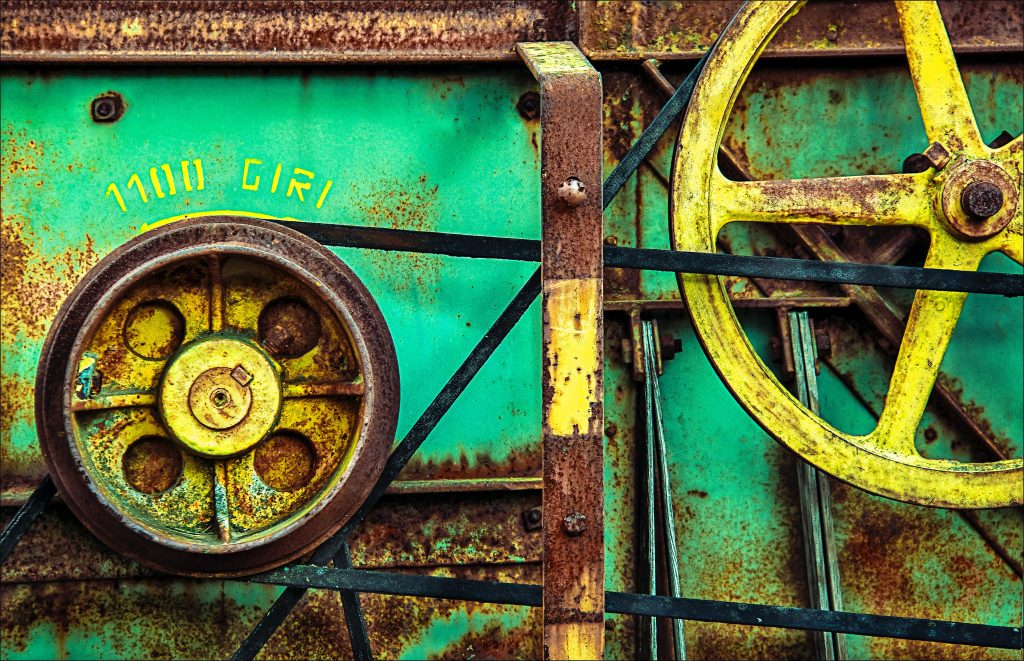 Bryan Cantrill delivered an impassioned whirlwind of insight last year at the inaugural P99 CONF — the open source-focused conference designed for (and by) engineers who obsess over P99 latencies.

In eager anticipation of Cantrill’s return for P99 CONF 2022, let’s take a look back at his talk on “Rust, Wright’s Law and The Future of Low-Latency Systems.” He predicted the coming decade will see two important changes with profound ramifications for low-latency systems: the rise of Rust-based systems, and the ceding of Moore’s Law to Wright’s Law.

In this talk, he discusses these two trends, and especially their confluence — explaining why he believes the future of low-latency systems will include Rust programs in some surprising places.

Trust us: You’ll want to watch this one in its entirety. Here’s a peek into what it’s all about.

The Arbiter of Systems Performance

Cantrill believes three different kinds of revolutions have driven advances in systems performance, with economic feasibility looming over all of them:

What’s commonly become known as “Moore’s Law” — the observation that transistor density, speed and cost-efficiency double every two years or less — is the understandable starting point for discussions on process revolutions. (The full video sets the record straight on what Gordon Moore actually said).

The 1980s and early 1990s were halcyon days in this respect: “You’d go get a new computer, and the one you bought just 18 months ago was obsolete. In fact, it was getting so fast, so quickly, that we actually had to slow computers down in order to play games that were written for the old machine. You would buy a game that was written for a PC/AT, and then it would be unplayable on a 386SX.

Sorry if I sound like “Antiques Roadshow” here, but if you’re of my vintage, you know what I’m talking about. You could actually unpress the Turbo button to make your applications go slower.

But delve a little deeper and you’ll discover that the “good old days” of Moore’s Law were not golden to the core. DRAM wasn’t invited to the party: Although memory was becoming denser, it was not becoming faster.

We were increasingly hitting the memory wall in the late 1980s — and especially the 1990s — to the point where caching became a necessity versus an aid. Moore’s law was continuing, as was Dennard scaling (as transistors get smaller, their power density stays constant). Yet, more and more applications were bumping up against the memory wall. The only solution was a major architectural revolution.

By the mid-1990s, symmetric multiprocessing seemed poised to lead such an architectural revolution, putting us on the path to deliver throughput on multithreaded workloads. However, it necessitated a software revolution — writing code for multithreaded systems — and didn’t really help single-threaded latency.

The 1990s also brought experiments like deep pipelining and VLIW (very long instruction word), neither of which really panned out. Moore’s Law was resulting in more transistors, but it was challenging to take advantage of them.

In the past decade or so, Moore’s Law has been very clearly decelerating, as has the broader process revolution. Dennard scaling stopped in 2006, the clock rate is practically limited to be under 5 gigahertz, and companies are playing with different ways to spend that silicon with multicores — getting many, many cores on a die. But that process revolution has indisputably decelerated, and company after company has been struggling to shrink their process nodes. (Watch the video for Cantrill’s take that talking about process nodes in terms of nanometers is “total fiction.”)

The bottom line for Cantrill is that Moore’s 1965 observation that processors are getting cheaper over time as their density and performance increase no longer holds true. These 3nm and 5nm transistors cost a lot because huge fabrication systems must be built to deliver them. But Gordon Moore isn’t the only person to look at the history of technology and wonder about its economics.

In 1936, Theodore Wright (no relation to the Wright brothers) was looking at the cost of an airplane over time. He discovered that the more you manufacture something, the unit costs drop. More specifically, when the volume roughly doubled, the unit cost dropped by 10 to 15%. And it’s not just the economies of scale.

Cantrill explained, “As we make more of something, we get better at it. We’re finding process improvements, a bunch of little iterative stuff that adds up. It adds up to this really significant law: Wright’s Law. In 2013, Jessika Trancik and her team at the Santa Fe Institute observed that Wright’s Law is actually better than Moore’s law at explaining what happened to transistor economics over time.

Moore’s Law is ending, but Wright’s law seems to be holding, especially for older process nodes. That is to say, the amount that we are spending per transistor does seem to be dropping, and we are making more and more and more transistors.”

So what are the implications of processors becoming cheaper to produce?

Now’s a great time to revisit the point that Bryan made at the very beginning of his talk: “Hardware is the ultimate arbiter of our systems’ performance.” Given the hardware developments set off by Moore’s Law ceding to Wright’s Law, we need to rethink our system software. It’s time to rethink our system software to hydrate all the cores, including the many hidden cores (watch Timothy Roscoe’s USENIX keynote for some X-ray vision into the cores that even researchers overlook).

C and C++ – the languages traditionally used in this domain — could certainly work here. However, they come with the burden of well-known challenges around safety and composability. So what’s the path forward?

Enter Rust, with its killer feature for special-purpose compute: no_std. Rust doesn’t need to depend on its own standard library. In fact, many of the most valuable aspects of Rust are not in the standard library (for instance, sum types, algebraic types, the ownership model traits and hygienic macros). You can tap the vast majority of Rust’s power with no_std crates.

“A no_std crate cannot perform a heap allocation. It’s enforced at compile time. This is amazing to have something where I can truly have composability at a layer of the stack that has never had this kind of composability. This is incredible to be able to pull in different no_std crates and actually pull together a system — and the binaries are tight,” he said.

You can put these tight Rust-based programs — without a runtime — in all sorts of interesting places, with all the power you need for the tasks you want to run. Plus, you’re doing it in a way that’s memory-protected and safe.

Rust, Wright’s Law, and the Future

Cantrill sums it up: “no_std is really without precedent. And Rust is actually the first language since C to meaningfully exist at the boundary of hardware and software. And this is what points us to the future. Wright’s Law means we’re going to have compute in more places — we are already seeing that. Those compute elements are going to be special purpose. Don’t wait for your general-purpose CPU to be shoved down to a smart NIC. It’s going to draw too much power. We can’t have memory that fast there. But what we can put down there is Rust.

“What we are going to see is many more exciting de novo hardware-facing Rust systems that — thanks to no_std — will be able to build on one another. It’s a very exciting time to be developing high-performance low-latency systems, and the Rust revolution is very much here.”

Again, you’ll want to watch Bryan’s full presentation on this topic, even if you’ve read this far.