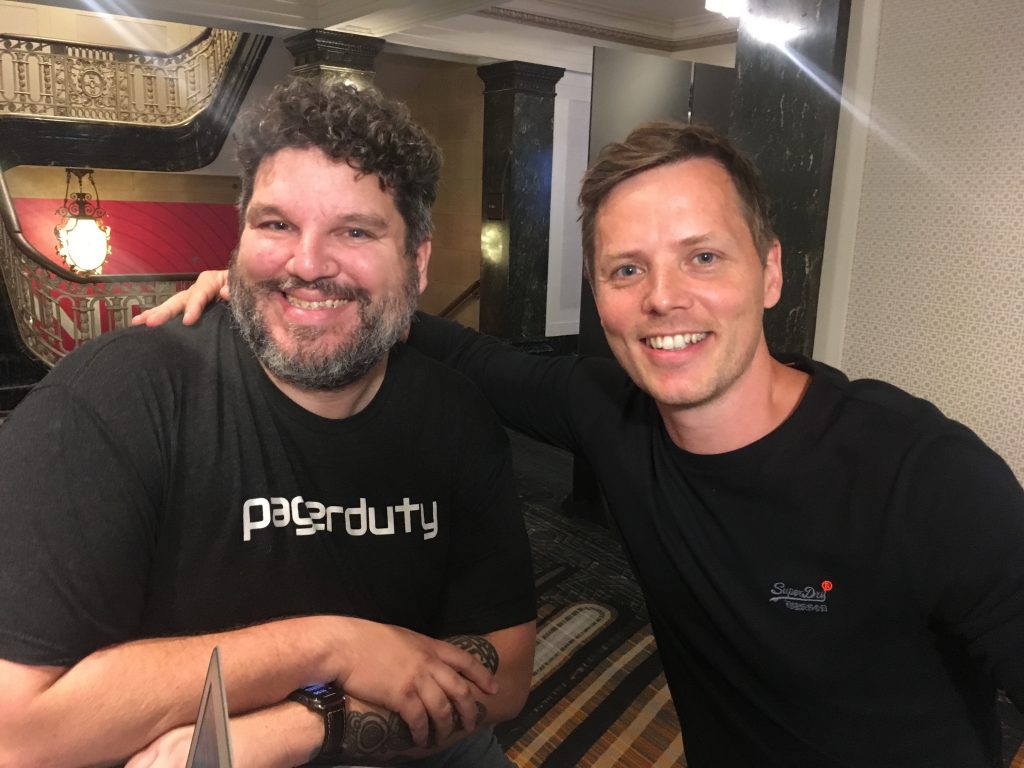 A digital transformation requires DevOps — DevOps consists of individual teams that make up the building blocks of a successful digital journey.

This was a major theme of a conversation between Ben Connolly, head of Digital IT at Vodafone; Matty Stratton, DevOps Evangelist at PagerDuty and Alex Williams, founder and editor-in-chief of The New Stack, held at the PagerDuty Summit in San Francisco last week.

Vodafone, for example, which is at the early stages of its digital transformation, is relying on DevOps teams to boost its pace of delivery, responsiveness and its ability to innovate, Connolly says.

“We are a fairly very large organization and are a moving slowly in some places, so we are really keen to change that,” Connolly said. “The focus on DevOps is fundamental to empower our teams and to set our teams up with clear goals.”

The decision to set up teams within a DevOps structure can originate from the from the board of directors’ level or it can also find its genesis from within an organization, especially from the IT and systems development departments.

PagerDuty is where urgent, unpredictable, and unstructured work happens in today’s always-changing, always-on digital world. Organizations of all sizes trust PagerDuty for critical work across the modern enterprise including intelligent incident response, AIOps, and process automation.
Read the latest from PagerDuty

The digital transformation thus often happens “from the top down” or “from the grass roots up” so teams can become more integrative and agile thanks to DevOps practices, Connolly said. “So those two things couple up nicely for us,” he said. “The board are really engaged in the transformation itself and I’m really keen to see how that is interpreted by our teams.”

Within those teams, a culture of principles and ownership should manifest itself in the working environments. “Our teams are set up in a way that promotes ownership. It gives them a very clear sense of what they are responsible for and what level of autonomy they have to make decisions,” Connolly said. “We choose the technologies and the setup of our teams to really drive that home.”

In Vodafone’s case, for example, its microservices architectures on its platforms that are available to its developer staff is also “owned” by the teams. “We have been through iterations where that wasn’t the case, so you then get diluted ownership of course. If something were to go wrong, you are dealing with the ‘who-touched-it-last model’ or ‘who is the cleverest guy around who can fix’ the problem — rather than it’s this service, that person and that team [that are responsible], while driving lessons of ownership into those teams.”

Within the team structures, relegating tasks in ways that better make use of team members’ experience is beneficial, PagerDuty’s Stratton said. Traditionally, for example, senior developers and engineers have often been in charge of developing new software features while the junior staff has been tasked with bug fixes. However, it is the senior team members who likely have the experience to better understand the entire system that fixes often require. “Maybe as a senior engineer it is not as interesting to troubleshoot,” Stratton said. “But having experience gives you that understanding of how the system is built.”

Stratton also agreed a culture of accountability and ownership is key in DevOps team building. “I like accountability because you are blameless but there is also no lack of accountability,” Stratton said.  “And you are given the information and the ability to do what needs to be done.”

Open How Vodafone Measures the Business Results of DevOps Practices on YouTube.

1:37: How are you thinking about DevOps at Vodafone?
3:30: What is your approach to teams as you go through the DevOps journey?
8:07: Do the teams define the workflows, or do the workflows define the teams?
11:47: What were the signals at Vodafone that brought upon the shift to DevOps?
15:04: Exploring the “commit-to-cash” metric.
18:06: The IT culture of “analysis paralysis.”